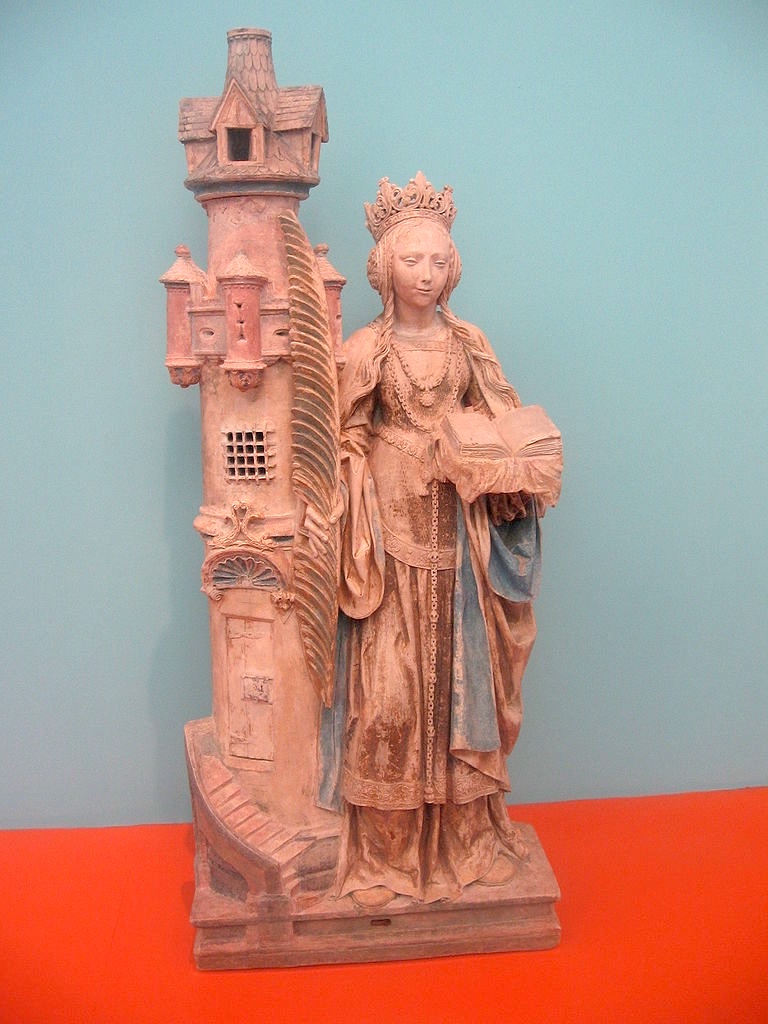 St Barbara is the patron saint of blowing things up and of men concerned with explosions — miners, artillerymen, engineers, and firemen. Barbara was a legendary virgin of Lebanon at a time when Christianity was persecuted by the Roman authorities. Her father kept her locked in a tower where she was comforted by the sight of a fruit tree in bloom. Having converted to Christianity, she refused the pagan husband she was offered, an act for which she was punished by torture. When Barbara persisted in her faith, her father beheaded her — an unwise move because he was instantly struck dead by a bolt of lightning (thus explaining her patronage).

Her saint’s day, December 4, is the start of the Christmas season for the Christians of the Middle East and the occasion for a tradition involving blossoms.. In Germany, Austria, the Czech lands, and Slovakia a “Barbara twig” is cut from a cherry tree and placed in water. If it blooms on or before Christmas Eve the family will see a marriage in the year to come. In Provence and parts of the Middle East, wheat and lentils are sown on St. Barbara’s Day and if they germinate are served on Christmas