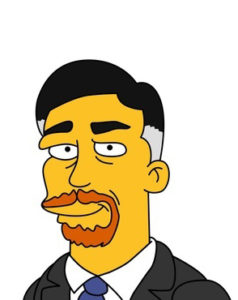 Gerry Bowler grew up in Saskatoon and earned his first two academic degrees from the University of Saskatchewan. He received his Ph.D. in History from King’s College London with a dissertation on Protestant political theory of the Tudor period. While continuing to teach Medieval and Early-Modern European history at the university level, he switched his area of research to the intersection of religion and popular culture, publishing works on The Simpsons, the relationship between Aristotle and professional wrestling, Wayne Gretzky, and Bloody Mary, but eventually focussing his main efforts on the history of Christmas.

Gerry is the author of Europe in the Sixteenth Century, The World Encyclopedia of Christmas, Santa Claus: A Biography, Christmas in the Crosshairs, The Kindly Curmudgeon, True Obedience: Tudor Protestants and Resistance to Tyranny, Christian Week: The Print Years and A Curmudgeon’s Commonplace Book, as well as countless newspaper and magazine articles, encyclopedia entries, op-eds and academic papers. He also edited Music from Within: A Biography of Sophie Eckhardt-Gramatté and The World’s Greatest Christmas Stories. His books have been translated into Chinese, Japanese, Serbo-Croatian, Italian, Romanian, Spanish and Portuguese.

In his idle moments, Bowler is a Senior Fellow at the Frontier Centre for Public Policy, a western-Canadian think tank, where his research shakes a fist at modern society and tells it to get off his lawn.