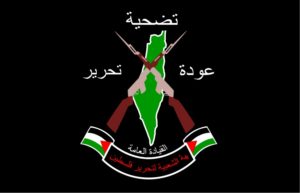 The next time you fuss about airport security, remember that it was once possible to board an airplane carrying an assault rifle and explosives. On May 30, 1972 three Japanese travellers stepped off a flight from Rome at Lod Airport in Israel, took out their weapons from violin cases and indiscriminately sprayed fire into the crowd. 26 people were killed, most of them Puerto Rican pilgrims, and 80 were injured. Two of the terrorists were killed on the spot but the third was captured.

What were Japanese Red Army communists doing involving themselves in the Palestine-Israeli conflict? It appears that an exchange program had been worked out with the Popular Front for the Liberation of Palestine — External Operations, a more radical offshoot of the already pretty radical PFLP, led by Wadie Haddad. Haddad, an associate of Carlos the Jackal, was experienced in airliner terror, having master-minded the Entebbe high-jacking. The PFLP-OE trained the Japanese in Lebanon, thinking, correctly, that they would be less likely to draw suspicion from airline security.

The surviving attacker, Kozo Okamoto, pled guilty to murder charges and was sentenced to an Israeli jail but he was released in a prisoner swap in 1985. He is reported to have converted to Islam and lives in Lebanon, which has resisted calls for his extradition.