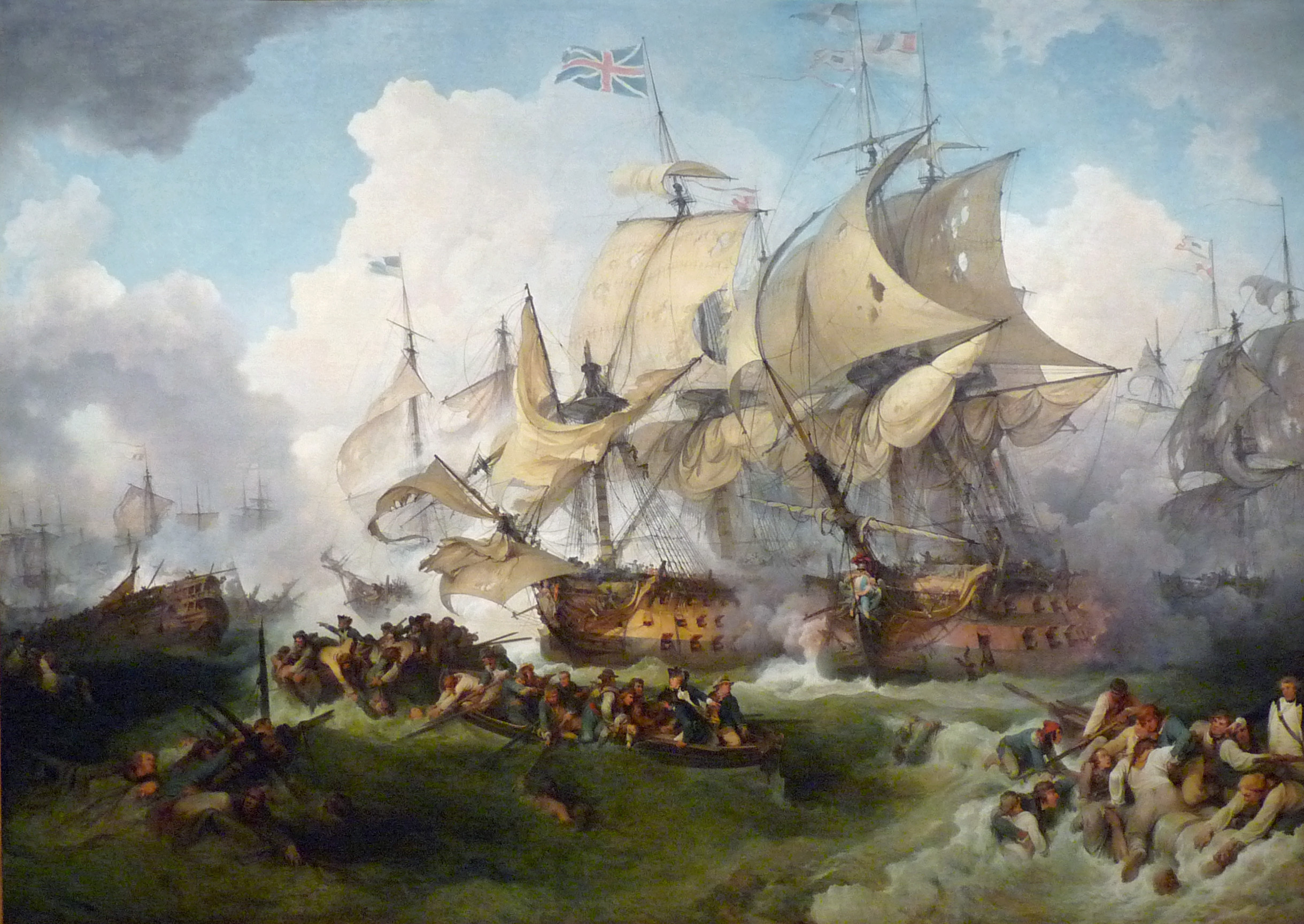 We should need to bring back the horrors of the first French Revolution to enable us to understand the wild delight with which Lord Howe’s victory, in 1794, was regarded in England. A king, a queen, and a princess guillotined in France, a reign of terror prevailing in that country, and a war threatening half the monarchs in Europe, had impressed the English with an intense desire to thwart the republicans. Our army was badly organized and badly generalled in those days; but the navy was in all its glory. In April 1794, Lord Howe, as Admiral-in-Chief of the Channel fleet, went out to look after the French fleet at Brest, and a great French convoy known to be expected from America and the West Indies. He had with him twenty-six sail of the line, and five frigates. For some weeks the fleet was in the Atlantic, baffled by foggy weather in the attempt to discover the enemy; but towards the close of May the two fleets sighted each other, and a great naval battle became imminent. The French admirals had often before avoided when possible a close contest with the English; but on this occasion Admiral Villaret de Joyeuse, knowing that a convoy of enormous value was at stake, determined to meet his formidable opponent. The two fleets were about equal in the number of ships; but the French had the advantage in number of guns, weight of metal, and number of men. On the 1st of June, Howe achieved a great victory over Villaret, the details of which are given in all the histories of the period.

Thus reads a nineteenth-century account of Howe’s victory. The French, not unnaturally, view the battle differently. Though it was a tactical loss for them, the vital grain convoy made it safely through to France where it was greeted with jubilation and public parades and Admiral Villaret de Joyeuse was promoted.