A day of two maritime disasters.

Philip II of Spain was determined to end the rule of Elizabeth I and her Protestant regime. He had waited until the death of Mary Queen of Scots (a rival claimant to the English throne) before starting military operations against England, so that he, or another member of the Habsburg clan, could rule the country. The plan was to assemble an enormous fleet to seize control of the English Channel and provide cover for an invading army to be ferried over on barges from the Low Countries. Ships of the Spanish and Portuguese navies, as well as dozens of others that could be commandeered or hired, gathered in Lisbon and on this date the first of 130 ships set sail. Galleons, galleasses, caravels, naos, pataches, pinnaces, carracks, supply hulks and even (madness!) galleys carried 8,766 sailors, 21,556 soldiers, and 2,088 convict rowers. Over half the ships never returned home.

1905 The Battle of Tsushima 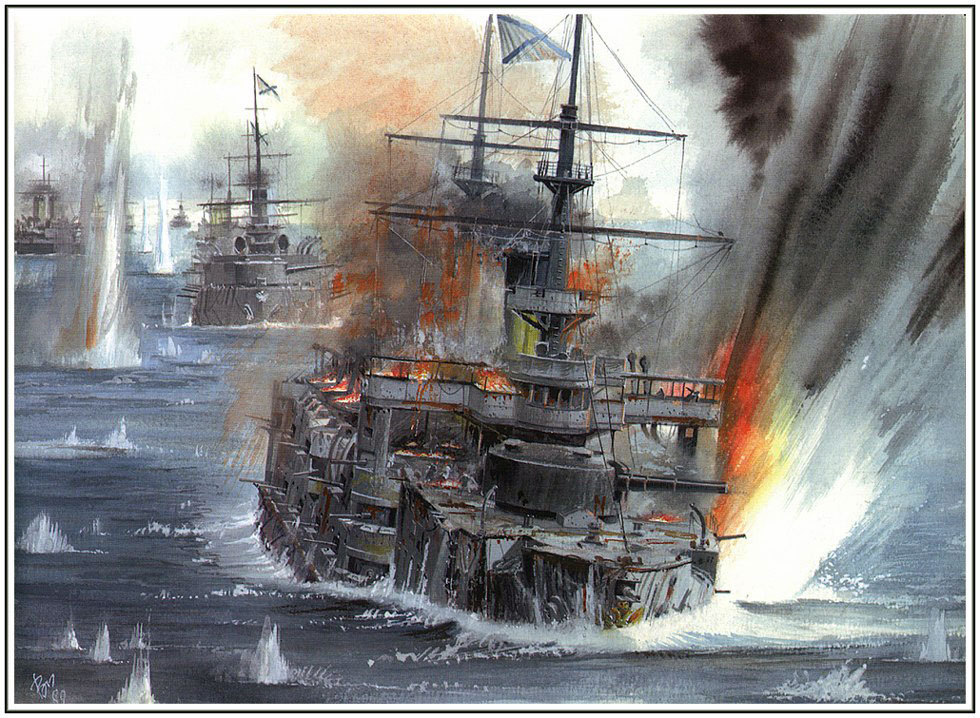 A clash of two empires, one in the ascendant and the other in sharp decline. In 1904 Japan launched the Russo-Japanese War, primarily to expel Russia from the parts of China that Tokyo wanted to exploit and to prevent any further Russian expansion in east Asia. It laid siege to the Russian naval base of Port Arthur in northern China and won victories on land and sea. This compelled Russia to order its Baltic Fleet to the rescue. For the next six months the Russian armada made its sluggish way to the Sea of Japan, short on fuel and supplies, and having disgraced itself on the way by attacking a British fishing fleet in the North Sea under the impression it was a flotilla of Japanese torpedo boats.

By the time the Russian navy arrived, Port Arthur had fallen and the new plan of Admiral Rozhestvensky was to make his way to the port of Vladivostok where other Russian ships were waiting. Japanese Admiral Togo foresaw the Russian route; the two fleets met in the Straits of Tsushima off the coast of Korea. The Japanese gunnery and ship handling (both expertly tutored by the British Royal Navy) eviscerated the Russians — only three of their ships were able to escape to Vladivostok. Two Russian admirals were put on trial after their return home. The humiliating defeat contributed greatly to civilian unrest at home, weakening the position of the Romanov dynasty.