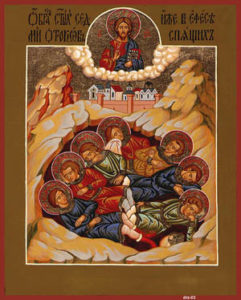 The Seven Sleepers of Ephesus

Visitors to the magnificent ruins of Ephesus often take time to visit the ancient city’s other religious sites, particularly one of the number of houses each purporting to be the last domicile of the Virgin Mary. They might also drop by a fenced-off hole where, it is said, in the third century seven Christian youths either sought refuge from persecution or were deliberately walled in on the order of pagan officials. These young men then fell into a miraculous sleep from which they only awakened over a century later, by which time the Roman Empire had converted to Christianity. They were able to tell their story to the local bishop before dying. A church was built over the site and locals revered the godly youths. It is said their remains were taken to a church in France. 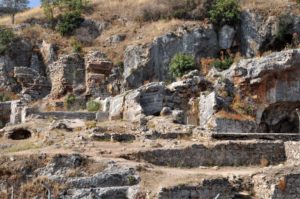