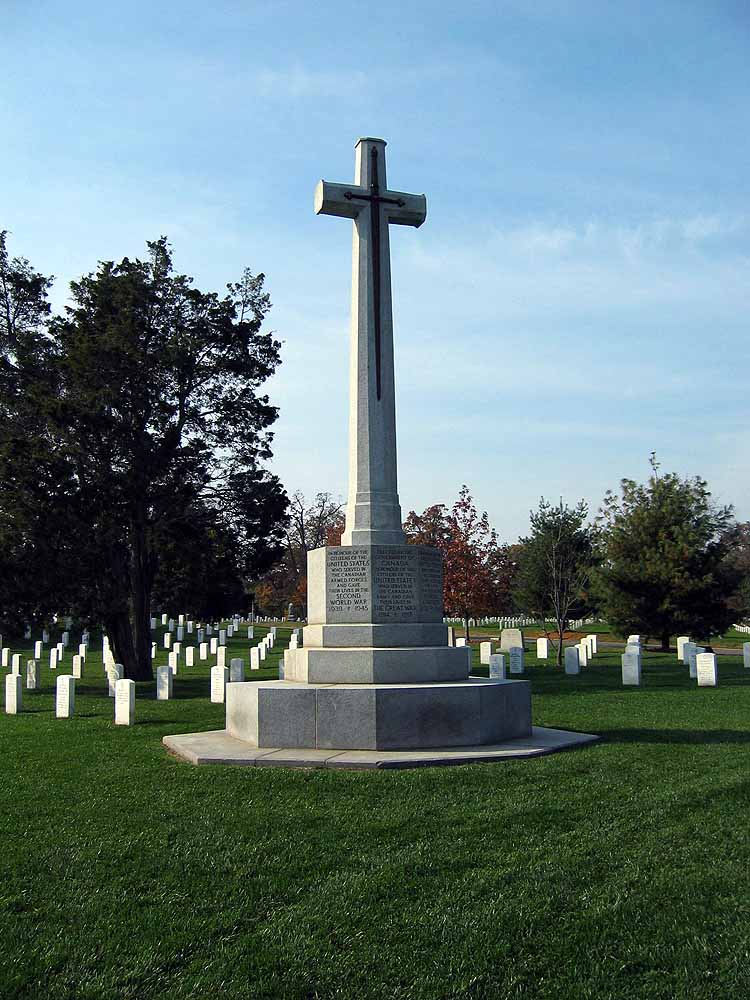 1925 A monument is approved

Few countries enjoy the bonds of goodwill and friendship that the United States and Canada share. Our common border remains the longest unguarded frontier on earth, and our nations have shared triumphs and tragedies throughout history. It was in this spirit of friendship that in 1925 Canadian Prime Minister MacKenzie King first proposed a memorial to the large number of United States citizens who enlisted in the Canadian Armed Forces and lost their lives during World War I. Because the Canadians entered the war long before the United States, many Americans enlisted in Canada to join the fighting in Europe.
On 12 June 1925, President Calvin Coolidge approved the request, and on Armistice Day 1927 the monument near the Memorial Amphitheater was dedicated. Designed by British architect Sir Reginald Blomfield, the monument consists of a bronze sword adorning a 24-foot gray granite cross.
The inscription on the cross reaffirms the sentiment expressed by Prime Minister King regarding Americans who served in the Canadian Armed Forces. Following World War II and the Korean War, similar inscriptions on other faces of the monument were dedicated to the Americans who served in those conflicts. 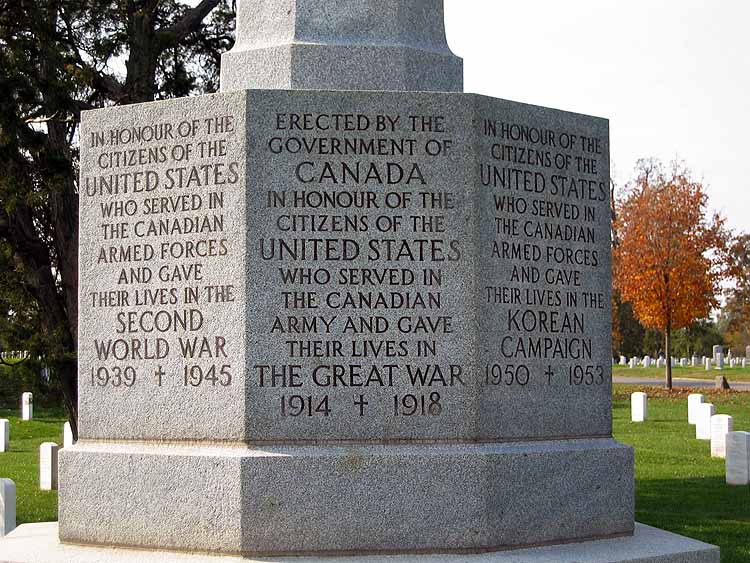