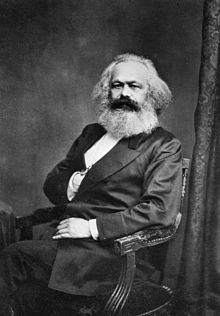 The publication of The Communist Manifesto

1848 was the Year of Revolutions. All across Europe rebellions of national and liberal varieties broke out against the monarchies and multinational empires of the Continent. All of these flared up and failed, but one little revolutionary publication, scarcely noticed at the time, survived to become one of the most influential political tracts ever written.

The Communist League (born a decade earlier as the League of the Just) was a little-regarded, loosely-connected potpourri of socialist malcontents, one of a myriad of left-wing collectives, much better at philosophizing and arguing with each other than they were at bringing down the established powers. Among its members were two German exiles, the journalist Karl Marx and the rich man’s son Friedrich Engels, who had pledged to draw up a statement of the League’s beliefs. After many false starts and much procrastination, The Communist Manifesto arrived just in time to have no influence whatsoever on the revolutions of that year.

The little book’s great impact was to occur in the decades to come as it inspired revolutionaries with its claims of a truly scientific analysis of human history. The present economic state of a mass of underpaid labourers oppressed by the great industrialists was soon to be over. The dialectic of history had been decoded by Marx and Engels who predicted that the proletariat would soon overcome the bourgeoisie and usher in a classless state of equality and freedom from want or alienation. Despite numerous  attempts at producing such a heaven on earth on the national level, Marxism has been successful only in winning over academics in the social sciences and Grievance Studies.