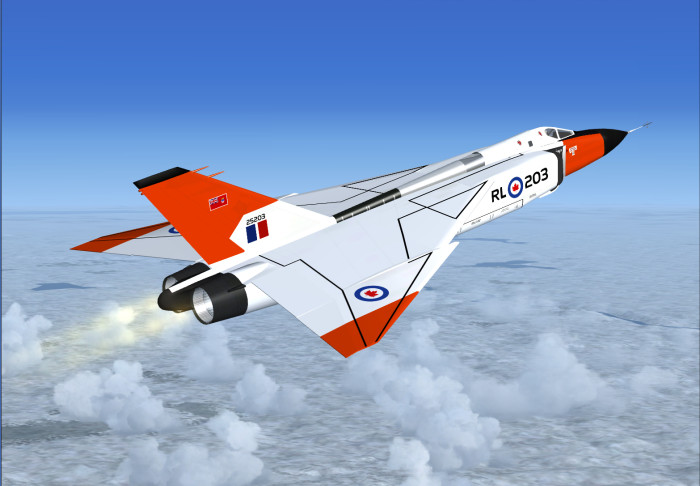 Cancellation of the Avro Arrow

Want to get a Canadian historian all teary-eyed and remorseful? Want to see him clench his fists and trouble deaf heaven with his bootless cries? If so, just sidle up to him and whisper “Diefenbaker canceled the Arrow”, but step back quickly lest you be caught in the sudden outburst of mingled lachrymosity and rage.

The CF-105, Avro Arrow, was surely the most beautiful fighter aircraft ever built. It was also the most advanced interceptor of its era, designed to counter the threat of Soviet bomber attacks on North America. Capable of Mach 2 performance and armed with nuclear missiles that could destroy whole waves of attackers, the Arrow was far superior to its predecessor, the CF-100 Canuck, and other fighters of the time such as the Delta Dart, the Voodoo, and the Mig-21.

In February 1959 the Diefenbaker government abruptly cancelled the Arrow program and ordered all prototypes, plans, and parts destroyed. This decision crippled the Canadian aerospace industry, and resulted in tens of thousands of lost jobs and a brain drain of engineers and scientists to the USA and Britain. One of the big winners was NASA which scooped up dozens of Arrow technicians for its missile and moon mission projects.

A cold calculus might back the government’s decision. The Arrow was an enormously expensive programme and the development of Russian ICBMs meant that a bomber threat was less likely. Canadian counter-intelligence suspected a Soviet mole at work in the project and it was they who demanded the destruction of the aircraft. (Parts of the plane and its plans were, nonetheless, smuggled out by workers for preservation.) The money that was to be saved by cancelling the Arrow was spent on the ultimately useless Bomarc anti-aircraft missile, dubbed “the world’s most expensive lawn dart”.

The Arrow lives in in Canadian mythology as a lost moment, a bit of greatness that might have been but never was.