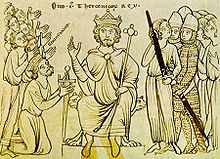 Some consider Charlemagne’s coronation on Christmas Day 800 as the first creation of a Holy Roman Emperor, but credit should really go to Pope John XII crowning German king Otto I. Otto the Great united Germany, added other conquests, sparked the Ottonian Renaissance and saved Europe from barbarian invasion by defeating the Magyars at the Battle of Lechfeld. 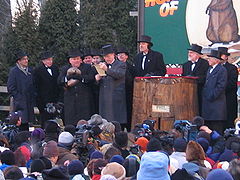 1857 The first celebration of Groundhog’s Day

Growing out of immigrant German customs in Pennsylvania, the first official Groundhog’s Day is observed in Punxsutawney. Promoted by Clymer H. Freas, the editor of the local Punxsutawney Spirit, the town’s annual celebration is still the biggest of its kind and the model for the immortal Bill Murray comedy, Groundhog’s Day.

From August 1942 to February 1943 almost two million men contested control of the city of Stalingrad on the Volga River. Hitler’s 6th Army wished to seize the area as part of the German plan to control the oil supplies of the Caucasus; Stalin’s troops fought to keep Volga river traffic open and prevent a propaganda coup in losing a city named after their Supreme Leader.

In November Soviet counterattacks succeeded in surrounding the city and creating what the Germans called “the kettle”. Hitler refused permission for his men to withdraw believing that they could be supplied by air and that his other forces could break the encirclement. It was not to be. Out of food and ammunition, 95,000 German and Romanian troops surrounded on this date. Only 5,000 of them, mostly officers, ever saw their homes again.