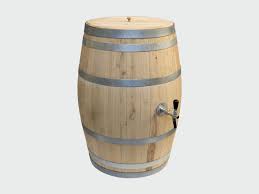 The curious case of a cask of wine

A case was tried at the end of December 1809, between the crown and Mr. Constable, lord of the manor of Holdernesse, in Yorkshire. It was a struggle who should obtain a cask of wine, thrown ashore on the coast of that particular manor. The lord’s bailiff, and some custom-house officers, hearing of the circumstance, hastened to the spot, striving which should get there first. The officers laid hold of one end of the cask, saying: ‘This belongs to the king.’ The bailiff laid hold of the other end, and claimed it for the lord of the manor. An argumentative dispute arose. The officers declared that it was smuggled, ‘not having paid the port duty.’ The bailiff retorted that he believed the wine to be Madeira, not port. The officers, smiling, said that they meant port of entry, not port wine—a fact that possibly the bailiff knew already, but chose to ignore. The bailiff replied: ‘It has been in no port, it has come by itself on the beach.’ The officers resolved to go for further instructions to the custom-house. But here arose a dilemma: what to do with the cask of wine in the interim  As the bailiff could not very well drink the wine while they were gone, they proposed to place it in a small hut hard by. They did so; but during their absence, the bailiff removed it to the cellar of the lord of the manor. The officers, when they returned, said: ‘ Oh, ho! now we have you; the wine is the king’s now, under any supposition; for it has been removed without a permit.’ To which the bailiff responded: ‘If I had not removed the wine without a permit, the sea would have done so the next tide.’ The attorney-general afterwards filed an information against the lord of the manor; and the case came on at York—on the question whether the bailiff was right in removing the wine without a custom-house “permit”.

The arguments pro and con were very lengthy and very learned; for although the cask of wine could not possibly be worth so much as the costs of the case, each party attached importance to the decision as a precedent. The decision of the court at York was a special verdict, which transferred the case to the court of Exchequer. The judgment finally announced was in favour of the lord of the manor — on the grounds that no permit is required for the removal of wine unless it has paid duty; that wine to be liable to duty, must be imported; that wine cannot be imported by ‘itself, but requires the agency of some one else to do so; and that therefore wine wrecked, having come on shore by itself, or without human volition or intention, was not ‘imported,’ and was not subject to duty, and did not require a permit for its removal.

The trial virtually admitted the right of the lord of the manor to the wine, as having been thrown ashore on his estate; the only question was whether he had forfeited it by the act of his servant in removing it from the spot without a permit from the custom-house officers; and the decision of the court was in his favour on this point. But it proved to be by far the most costly cask of wine he ever possessed; for by a strange arrangement in these Exchequer matters, even though the verdict be with the defendant, he does not get his costs.