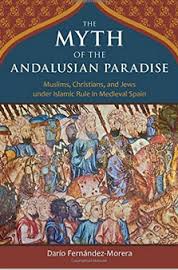 The occupation of Spain by Muslims during the Middle Ages is said to have produced a brilliant civilization marked by religious tolerance. Though we rightly celebrate the art, architecture and literature of Moorish Andalusia, the story of toleration has definitely been overplayed. The fact is that Jews and Christians under Islamic rule were always considered inferiors and subject to humiliating social and legal disabilities. They were protected, in the public mind, by a pact that reflected this enforced inferiority and when an individual “dhimmi”, or a community of Jews or Christians, seemed to have too much influence there could often be a backlash.

On this date in 1066 mobs of Muslims in Granada, in southern Spain, rose up against their ruler’s Jewish adviser Joseph ibn Naghrela whom they accused of controlling and plotting against their king. They stormed the palace, crucified Joseph on the city’s main gate, and massacred much of the city’s Jewish population. This poem is believed to have inspired the violence and makes clear the resentment felt when one of the inferior races achieves prominence:

Do not consider it a breach of faith to kill them,

the breach of faith would be to let them carry on.

They have violated our covenant with them,

so how can you be held guilty against the violators?

How can they have any pact when we are obscure and they are prominent?

Now we are humble, beside them, as if we were wrong and they were right.