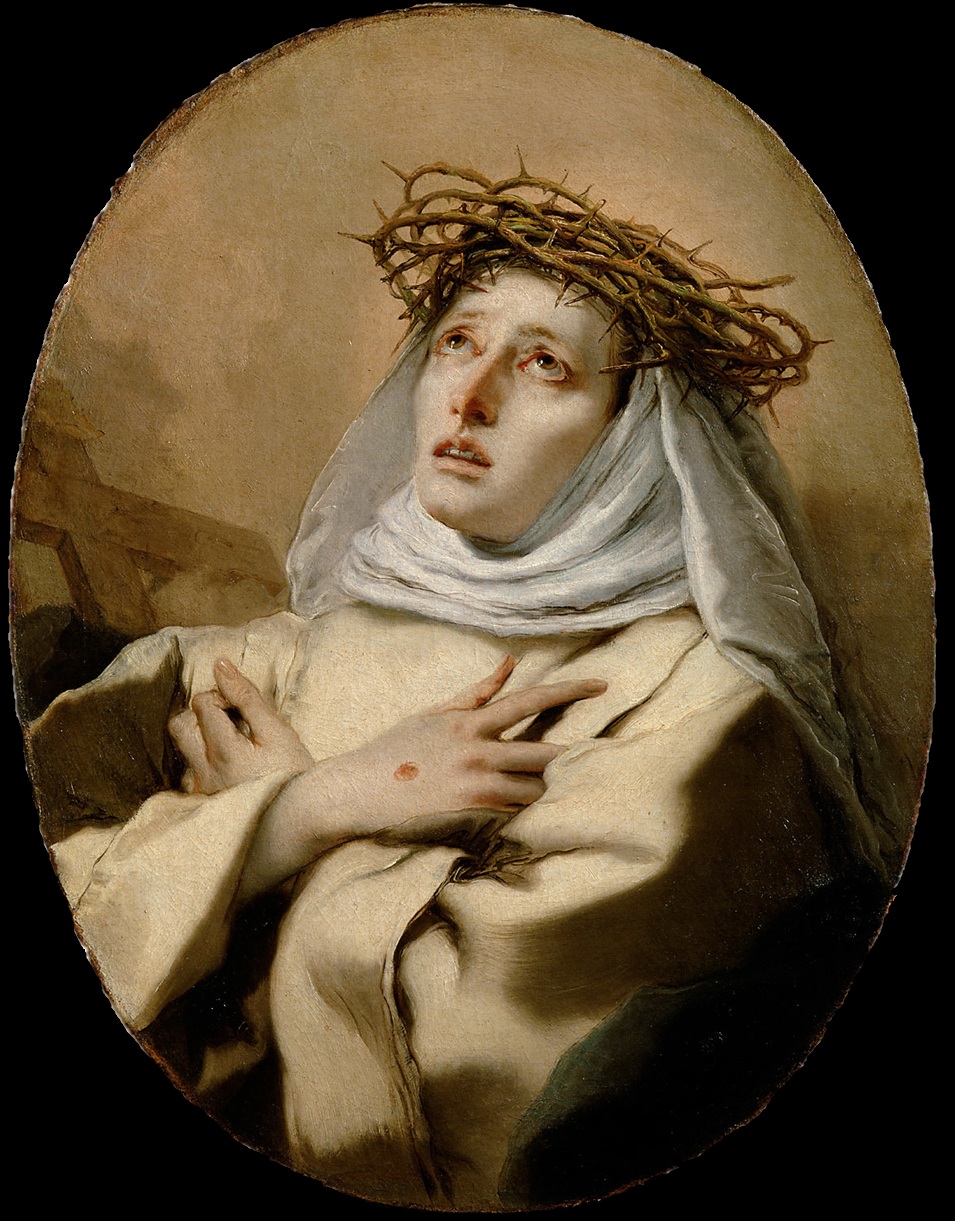 Caterina di Giacomo di Benincasa (1347-80) was born in Siena, Italy, the twenty-fourth of twenty-five children. (Has anyone considered her mother for sainthood?)  By the age of seven she had vowed herself to a religious life and at 16 she took the vows of a Dominican nun. During her short career she was known for her care of the sick and for the divine messages she received in a state of ecstatic transport. Her four treatises called “The Dialogues” are considered masterpieces of Italian prose.

At the age of 21, Catherine experienced what she called her “mystical marriage” to Christ. Some early accounts of her life assert that her wedding ring was the foreskin of Jesus. In 1375 Catherine received upon her body the five wounds that had pierced Christ at the Crucifixion, though these wounds were not visible until after she had died. (But see the painting by Tiepolo above where her hand clearly shows the sign of the supernatural nail.)

Catherine undertook to involve herself in the grander affairs of the church and successfully undertook to end the Babylonian Captivity that had seen the capital of Christianity move from Rome to the French town of Avignon. In 1377, at Catherine’s behest, Pope Gregory IX moved back to the Eternal City. (Unfortunately within a year the Papal Schism had broken out, with a pope in both Avignon and Rome.)

Catherine of Siena was canonized in 1461, and named Patron Saint of Italy in 1940. Pope Paul VI named her a Doctor of the Church in 1970, one of only three females with such a title (St. Teresa of Avila and St. Therese of Lisieux are the other two)