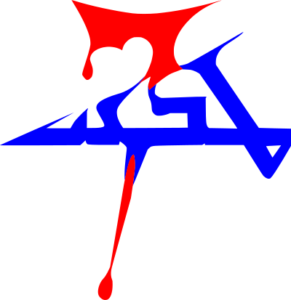 Once much of central and western Asia was populated by Christians of the Church of the East, descendants of the Nestorians who fled persecution by seeking refuge beyond the borders of the Roman Empire. The Church was largely wiped out by the Mongols of Timur but pockets survived in mountainous places.

One such remnant was the Assyrian Church living in what is now Turkey, Syria and Iraq. During the First World War the same wave of mass murders that the Turks perpetrated on their Armenian Christian minority engulfed many Assyrians.

In August, 1933 a new wave of massacres was aimed at the Assyrians, as Kurds and Arab nationalists carried out a number of massacres. A British observer described the scene at the village of Simele which was attacked on August 7:

A cold blooded and methodical massacre of all the men in the village then followed, a massacre which for the black treachery in which it was conceived and the callousness with which it was carried out, was as foul a crime as any in the blood stained annals of the Middle East. The Assyrians had no fight left in them, partly because of the state of mind to which the events of the past week had reduced them, largely because they were disarmed. Had they been armed it seems certain that Ismail Abawi Tohalla and his bravos would have hesitated to take them on in fair fight. Having disarmed them, they proceeded with the massacre according to plan. This took some time. Not that there was any hurry, for the troops had the whole day ahead of them. Their opponents were helpless and there was no chance of any interference from any quarter whatsoever. Machine gunners set up their guns outside the windows of the houses in which the Assyrians had taken refuge, and having trained them on the terror stricken wretches in the crowded rooms, fired among them until not a man was left standing in the shambles. In some other instance the blood lust of the troops took a slightly more active form, and men were dragged out and shot or bludgeoned to death and their bodies thrown on a pile of dead.

These actions led to the coining of the word “genocide”. The symbol above in Syriac commemorates the date August 7