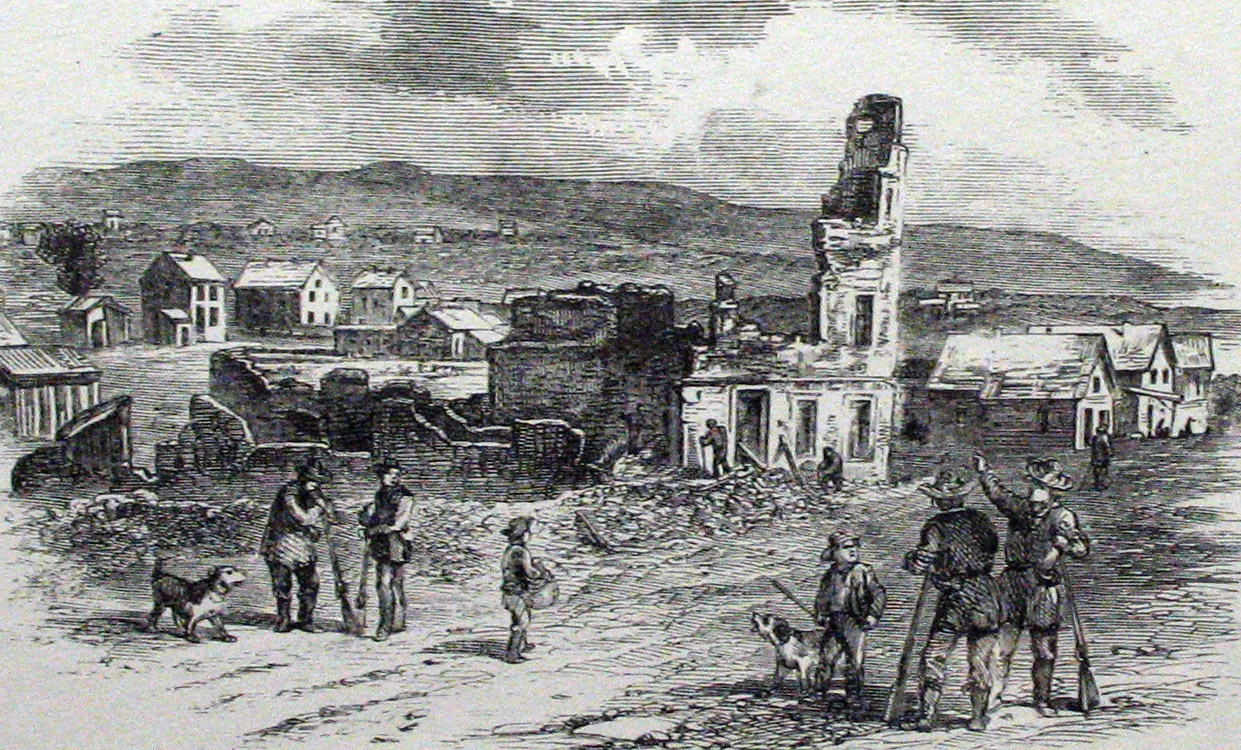 In the 1850s the question that dominated American politics was slavery, especially whether involuntary servitude would be allowed to spread west as the interior of the continent was opened up and new states were admitted to the Union. Kansas was especially divided between pro- and anti-slavery camps, each with their own capitals and armed bands of partisans willing to use force to determine the outcome. This period, known as “Bleeding Kansas”, was a foreshadowing of the civil strife that was to eventually breakout into open warfare in 1861.

The town of Lawrence, in northeastern Kansas, had been settled by Free-Stater migrants from Massachusetts who established a legislature to rival the pro-slavery official assembly in Lecompton. It was also the home to two anti-slavery newspapers, the Kansas Free State and the Herald of Freedom; these things made it a natural target of proponents of slave-holding. In April, the County Sheriff, Samuel J. Jones, attempted to serve arrest warrants on members of the assembly but he was shot by a sniper and driven away from the town. On May 21, he and a pro-slavery militia, flying flags with such mottoes as “Southern Rights” and “Supremacy of the White Race,” descended on Lawrence. They seized those they had come to arrest and proceeded to sack the town. They burned down the hotel that was the headquarters of the Free Staters, ransacked the presses of the newspapers, destroying the printing equipment, and looted shops and homes.

The pro-slavery victory was a temporary one. Lawrence was to serve as the territorial capital as anti-slavery momentum gathered and a few years later Kansas was to enter the Union as a free state.