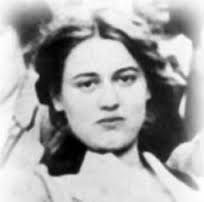 Edith Stein (1891-1942) was born into an observant German Jewish family during the Wilhelmine Empire. She was given a first-rate education studying first at the universities of Goettingen and Breslau and then in 1916 achieving a doctorate in philosophy at the prestigious University of Freiburg. There she worked with leading phenomenologists Edmund Husserl and Martin Heidegger. While she was teaching at Freiburg she became interested in the writings of St Teresa of Avila and converted in 1922 to Roman Catholicism. She was dissuaded from immediately becoming a nun but instead taught at Catholic schools and tried to reconcile Thomism with current Continental ideas, becoming recognized as an important philosophical voice.

In 1933 the Nazi regime of Adolf Hitler took power and instituted restrictions on women and Jews in the civil service and teaching professions. This prompted Stein to join the Discalced (or Shoeless) Carmelites, an order of us founded by Teresa of Avila, and assume the religious name of “Teresa Benedicta of the Cross”. She continued her deep study of philosophy and academic publications at her monastery in Cologne but in late 1938 as the Nazi threat grew she and her sister Rosa, who had also converted and become a nun, were transferred for their own safety to a Carmelite house in the Netherlands. In Holland she published her last work Studies on John of the Cross: The Science of the Cross. Unfortunately, that country was overrun by the Germans in 1940 and the life of Stein was again in danger.

In July 1942 the Dutch bishops issued a condemnation of the deportation of Dutch Jews and the expulsion of Jewish children from the Catholic school system. The Nazi occupiers retaliated by arresting Jewish converts to Christianity and sending them to the death camps. (It was this sort of action that prompted the Catholic Church to be circumspect about criticizing Hitler in public.) On August 9, 1942 Edith Stein and her sister were gassed to death.

Since her death, Stein has been memorialized in both Europe and North America and her philosophical work continues to be published and discussed. In 1998 he declared a saint by Pope John Paul II. She is now one of the six patron saints of Europe.