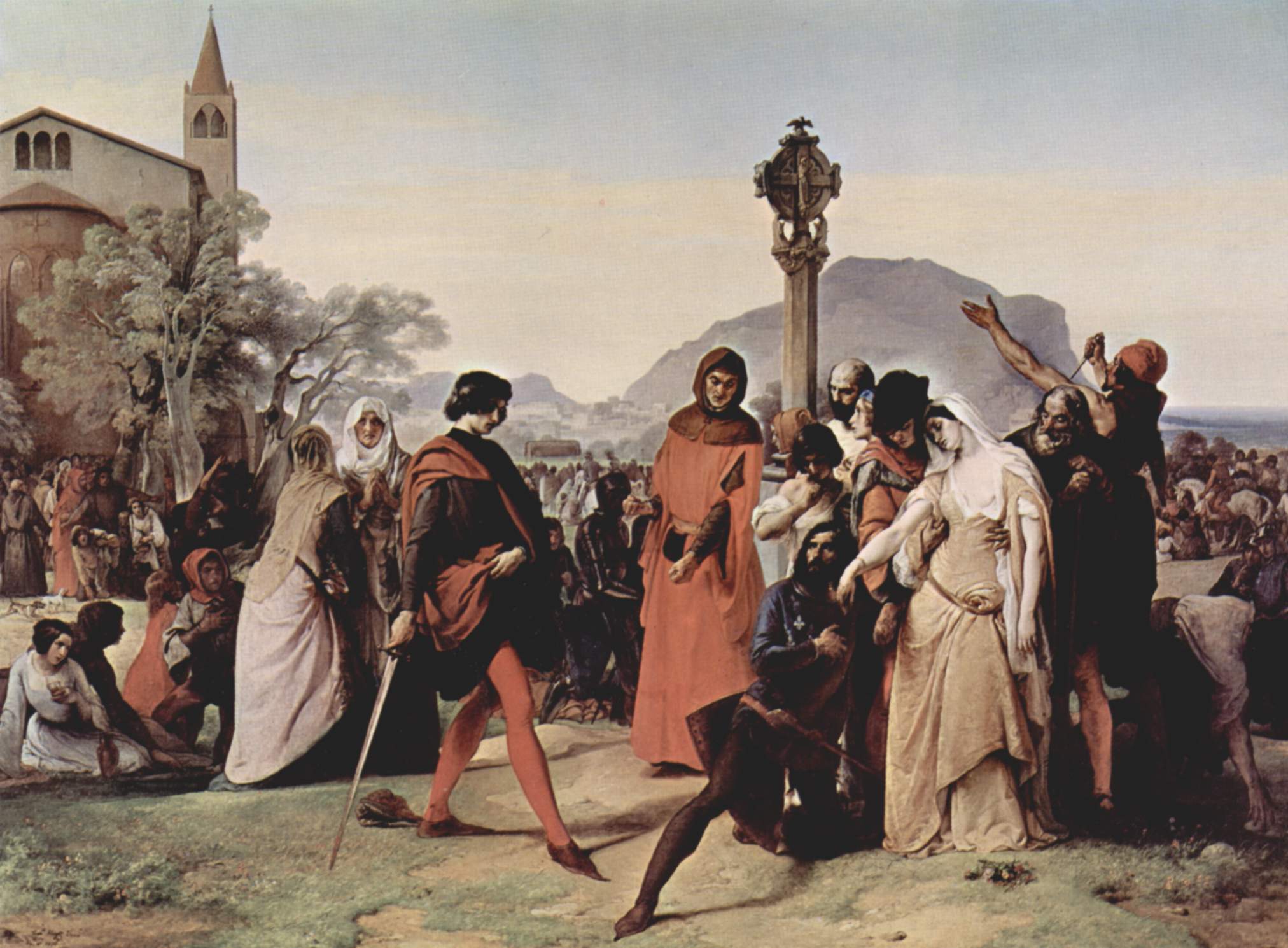 The kingdom of Sicily, consisting of Naples and southern Italy as well as the island, had been established by the Normans and later fell into the hands of the German imperial dynasty known as the Hohenstaufens. After Emperor Frederick II’s death it passed to his illegitimate son, Manfred. The papacy, determined to rid Italy of Hohenstaufen rule, bent all its energies to securing Manfred’s downfall. At length it offered the Sicilian crown to Charles of Anjou, a younger brother of King Louis IX of France (St. Louis). The intention was that the power of France be used to drive Manfred out of Italian kingdom. Charles of Anjou—dour, cruel, and ambitious—defeated Manfred in 1266 and established a new French dynasty on the throne of the kingdom.

The inhabitants of the realm, particularly those on the island of Sicily, had been accustomed to Hohenstaufen rule and resented Charles of Anjou. They looked on his French soldiers as an army of occupation. When, on Easter Monday, a French soldier molested a young married woman on her way to evening services in Palermo, he was struck down, and on all sides was raised the cry “Death to the French!” (Note in the melodramatic representation above, a knife-wielding figure topped by the Phrygian cap symbolizing Liberty.)

The incident resulted in a spontaneous uprising and a general massacre of Frenchmen, (some 13,000 dead) which spread swiftly throughout the island. When the French retaliated, the Sicilians offered the crown to Peter III of Aragon, Manfred’s son-in-law, who claimed the Hohenstaufen inheritance and led an expedition to Sicily.

There ensued a long, bloody, indecisive struggle known by the romantic name the “War of the Sicilian Vespers.” For twenty years Charles of Anjou and successors, backed by the French monarchy and the papacy, fought against Sicilians and Aragonese. In the end, southern Italy remained under Charles of Anjou’s heirs, who ruled it from Naples, while the island of Sicily passed under control of the kings of Aragon. The dispute between France and Aragon over southern Italy and Sicily persisted for generations and became an important in the politics of modern Europe.

The strife of the thirteenth century destroyed Sicilian prosperity. Once the wealthiest and best administered state in Italy, the kingdom of Sicily became pauperized and divided—a victim of international politics and of the ruthless struggle between papacy and Empire.