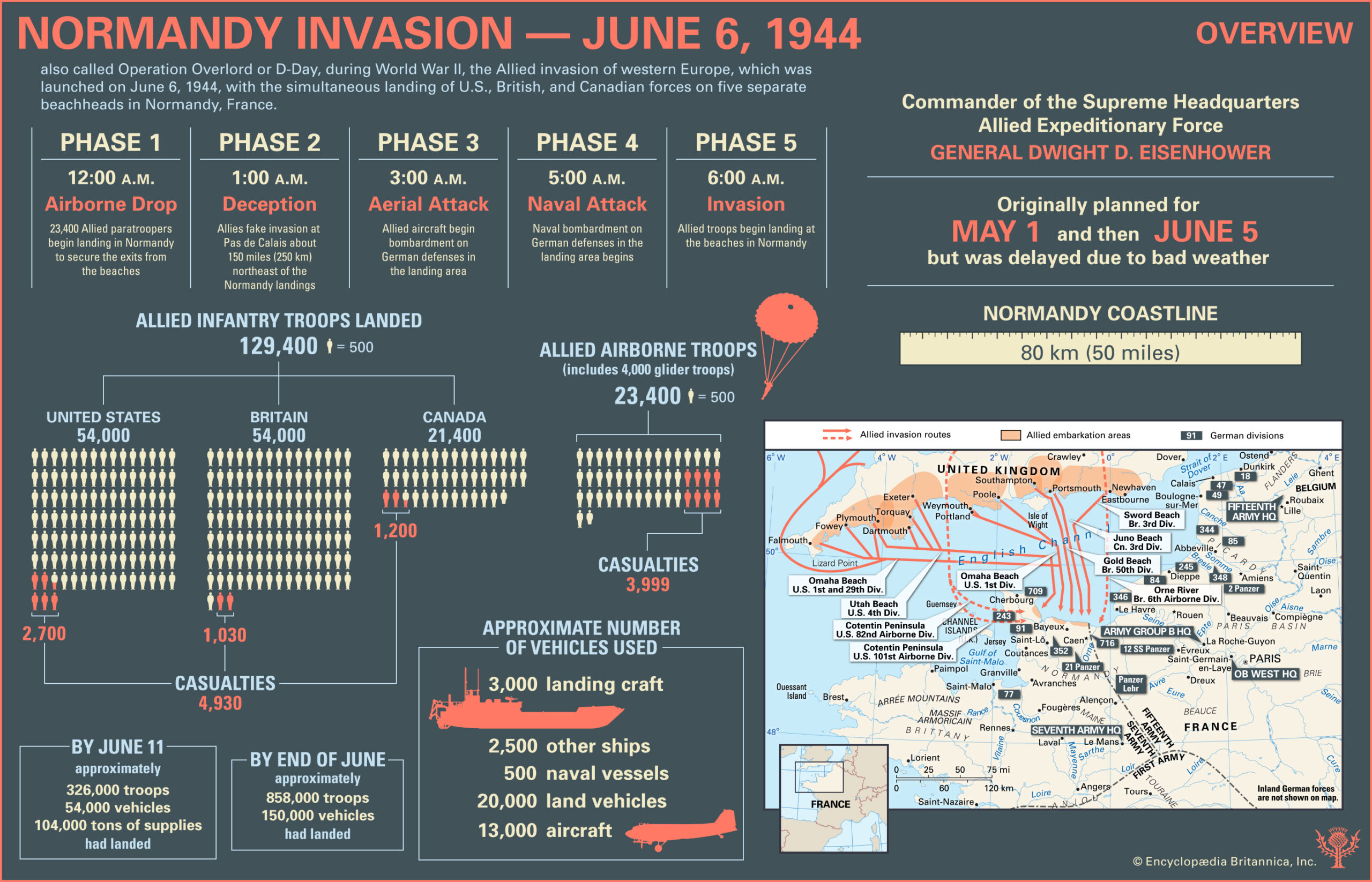 By 1944 German forces were being pushed back on the Eastern Front and in Italy, but everyone knew that the Allies were preparing an invasion of continental Europe from bases in England. The Germans had constructed the massive Western Wall stretching from Norway to Spain, trusting to its minefields, beach obstacles, gun emplacements, and concrete bunkers to pin any invaders on the beach and deter any progress inland. The Allies relied on deception and air superiority to keep the enemy from knowing where their blow would be struck and from moving in reinforcements.

On the morning of June 6, over 20,000 Canadian, British, and American paratroopers were dropped over the Normandy peninsula to take control of bridges and roads behind the landing zones. A thousand warships then bombarded defenders along a fifty-mile stretch of the coast, and units of the French Resistance were activated on missions of sabotage. Almost 7,000 vessels from 8 Allied navies, from battleships to landing craft, converged on 5 beaches, codenamed Utah and Omaha (the objectives of American forces) and Sword, Juno, and Gold (targets of Canadian and British armies). 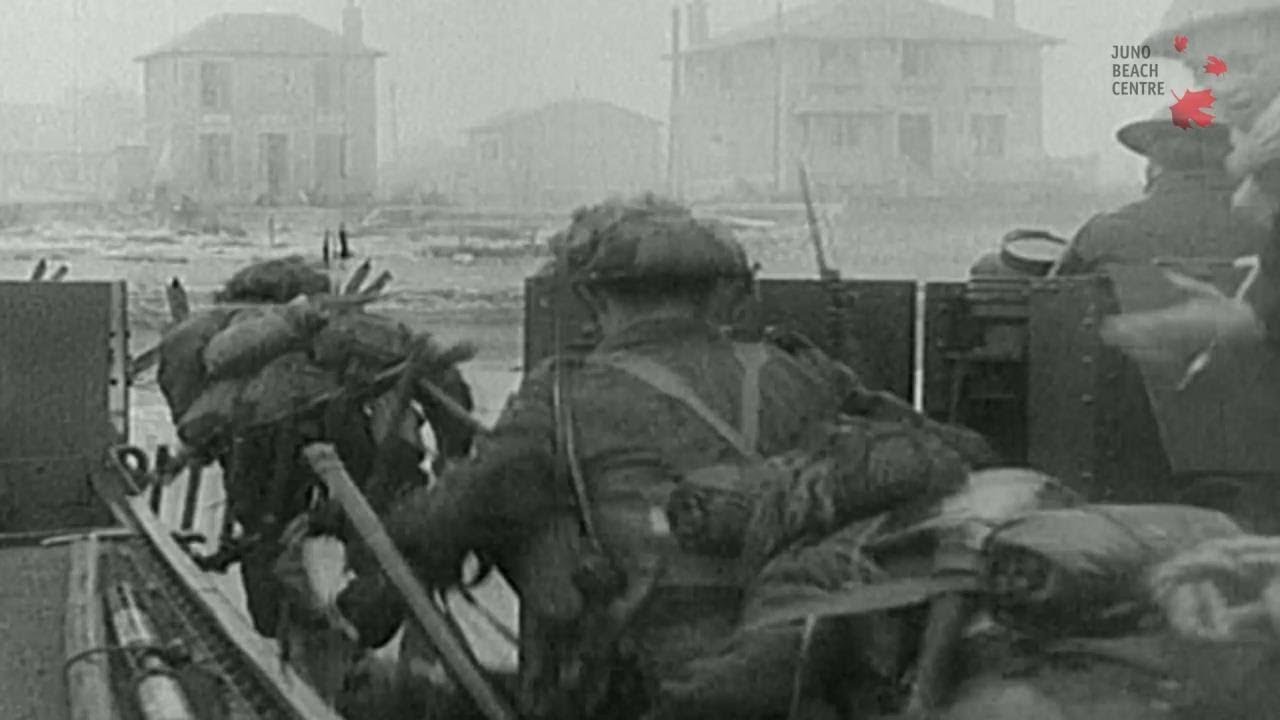 Casualties were heavy. Americans suffered the most in terms of total numbers; Canadians lost most proportionately; the paratroop and glider attacks took a heavier toll than any of the beach landings.

None of the initial objectives were reached on the first day, but a successful toehold in France had been achieved and would provide the beachhead for the armies that would soon sweep the Germans out of France.