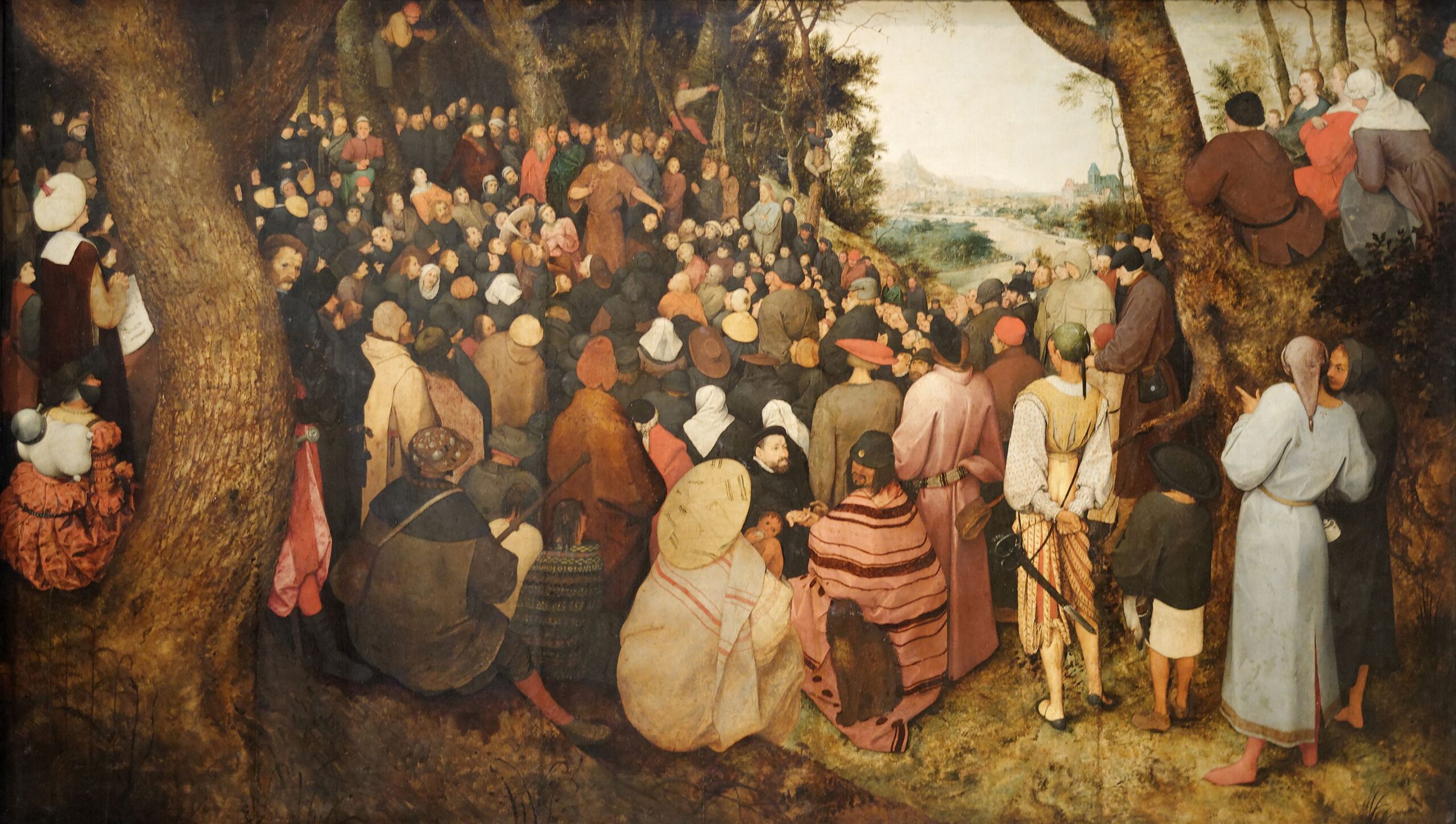 Today is the feast day of St John the Baptist, or St Jean Baptiste Day, the fête national in Québec. John, for those not hep to the New Testament story, was kin to Jesus and a prophet who preached repentance and baptized the penitent in the Jordan River. He is mentioned in the first chapter of the Gospel of John (no relation):

That was the true Light, which lighteth every man that cometh into the world. He was in the world, and the world was made by him, and the world knew him not. He came unto his own, and his own received him not. But as many as received him, to them gave he power to become the sons of God, even to them that believe on his name: Which were born, not of blood, nor of the will of the flesh, nor of the will of man, but of God. And the Word was made flesh, and dwelt among us, (and we beheld his glory, the glory as of the only begotten of the Father,) full of grace and truth.

For those who would like to hear those words in Old English, here you go: