One of those bloody days. 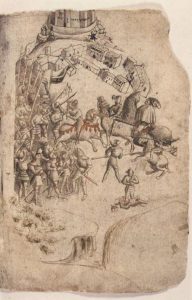 Scots don’t win many battles against the English but they don’t let setbacks like Solway Moss or Culloden get them down. To this day they celebrate the victory of local hero Robert Bruce over the invading English led by the luckless Edward II. The loss led to the English eventually acknowledging Scottish independence. 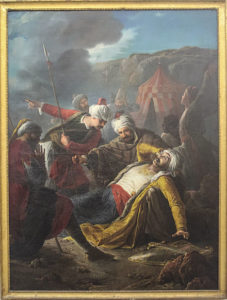 The Great Siege of Malta pitted a massive army and navy of Turks against fortresses manned by the Knights of St John. One of the moments contributing to a Christian victory over the forces of Sultan Suleiman the Magnificent was the death of his admiral Dragut, “the Sword of Islam”, the greatest of all Mediterranean pirates, who was head of the expedition. Splinters from a cannon ball wounded Dragut who died after a week of suffering. His death split the Turkish command and weakened its leadership, leading to a humiliating defeat. 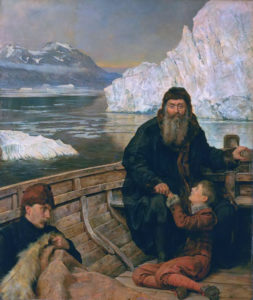 One of the most plaintive works of art that I encountered as a child was the painting above, of explorer Henry Hudson and his little son John (in reality a teenager) in an open boat amidst the ice floes of the great bay named after him. On his fourth voyage to the New World, in search of a sea passage to Asia, his crew mutinied over plans to linger and put Hudson and loyal sailors into an open boat, while they sailed back to England. The castaways were never seen alive. 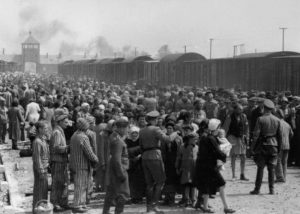 The 1942 Swansee conference of Nazi officials had determined on a policy of extermination as a solution to the “Jewish problem”. A number of camps were built for the purpose of extracting useful slave labour from some prisoners and a speedy execution for others. On this date a train load of Jews deported from France arrived and selections were made on disembarking. 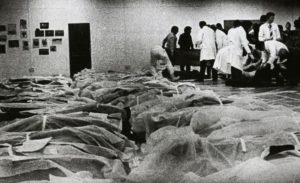 Indira Gandhi’s attack on a Sikh temple in Amritsar led to her assassination by her Sikh bodyguards and a rise in terrorism aimed at securing a separate “Khalistan”. Among Canadian Sikh immigrants were a number who chose to wage a violent campaign in their new home. Bombs were put on Air India jets flying out of Canada to Europe and Japan. Though the latter was rendered harmless at Narita airport, a device aboard Air India flight 182 exploded over the Atlantic killing 329 people.