War is cruel and men sometimes try to mitigate its brutality with “rules of warfare”. One controversial practice is that of retaliation for the other side’s violation of the norms of battle. In the American Civil War, the Union sometimes executed prisoners in response to Confederate guerrilla tactics.

In 1864 Major James Wilson of the 3rd Missouri State Militia Cavalry and six of his men were captured and murdered by rebel irregulars. In retaliation, Union troops executed six prisoners from Missouri. Quaker Zadok Street wrote this letter to Abraham Lincoln to protest such acts. 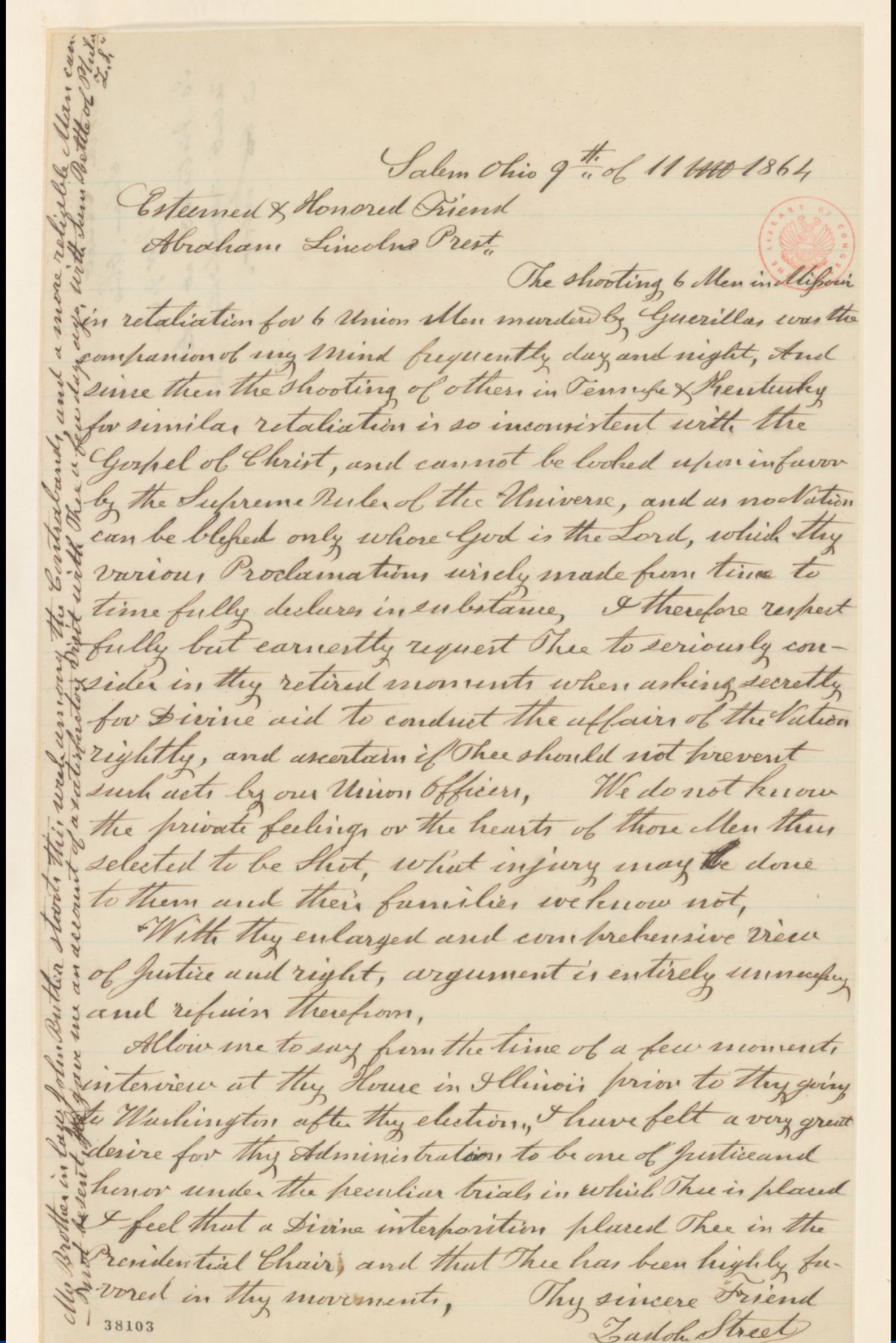 The shooting 6 Men in Missouri in retaliation for 6 Union Men murderd by Guerillas was the companion of my mind frequently day and night,’ And since then the shooting of others in Tennesse & Kentucky for similar retaliation is so inconsistent with the Gospel of Christ, and cannot be looked upon in favor by the Supreme Ruler of the Universe, and as no Nation can be blessed only whose God is the Lord, which thy various Proclamations wisely made from time to time fully declares in substance, I therefore respectfully but earnestly request Thee to seriously consider in thy retired moments when asking secretly for Divine aid to conduct the affairs of the Nation rightly, and ascertain if Thee should not prevent such acts by our Union officers, We do not know the private feelings or the hearts of those Men thus selected to be Shot, what injury may be done to them and their families we know not,

With thy enlarged and comprehensive view of Justice and right, argument is entirely unnecessary and refrain therefrom,

Allow me to say from the time of a few moments interview at thy House in Illinois prior to thy going to Washington after thy election, I have felt a very great desire for thy Administration to be one of Justice and honor under the peculiar trials in which Thee is placed I feel that a Divine interposition placed Thee in the Presidential Chair, and that Thee has been highly favored in thy movements,