Back in the days when JFK ruled in Camelot and Dief was the Chief in Ottawa, the Bowler family summer vacations were spent on highways in the American West. On our way in a Detroit land yacht to Deadwood, Mount Rushmore, or some fabled snake farm, my brother and I misbehaved in the back seat. Having exhausted all possible car games, and tired of comic books, we came alive when our parents spotted red signs by the road ahead. We sprang to the windows to read the Burma-Shave signs as we sped by.

The Burma-Shave company erected thousands of examples of sequential advertisements from the 1920s to the early 1960s when they were discontinued on the advice of lawyers who feared suits for causing distracted driving. 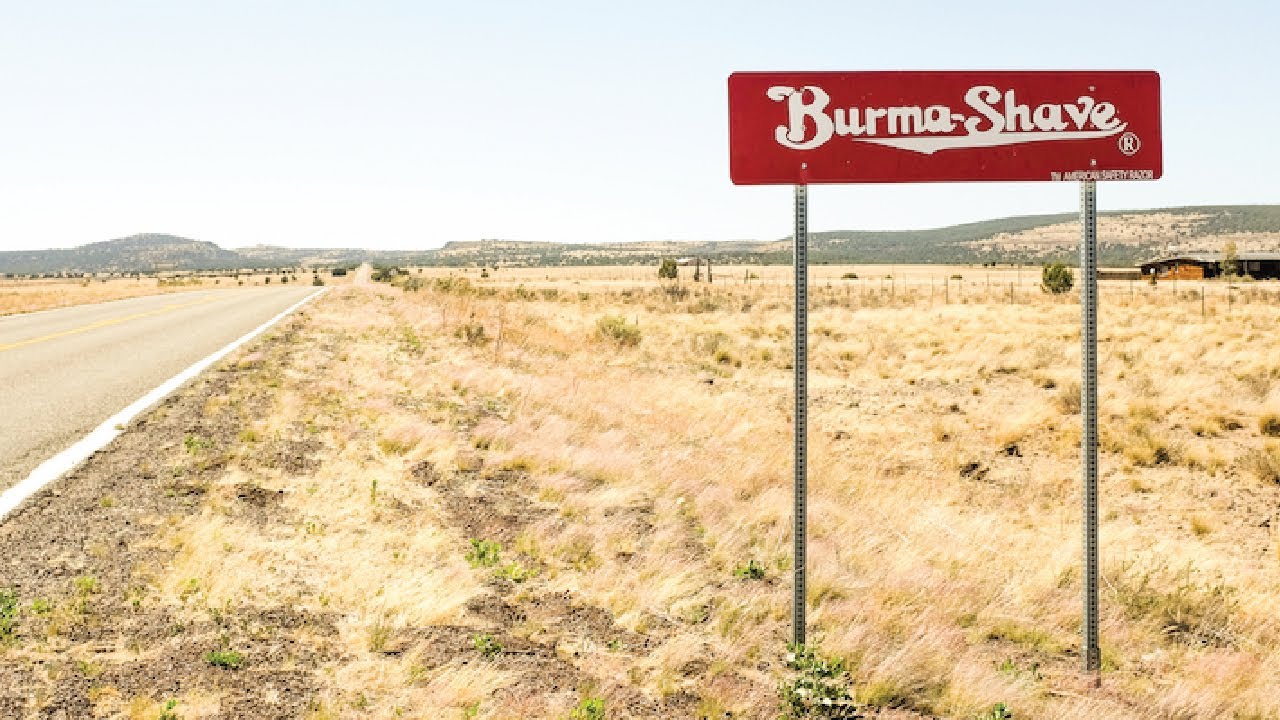