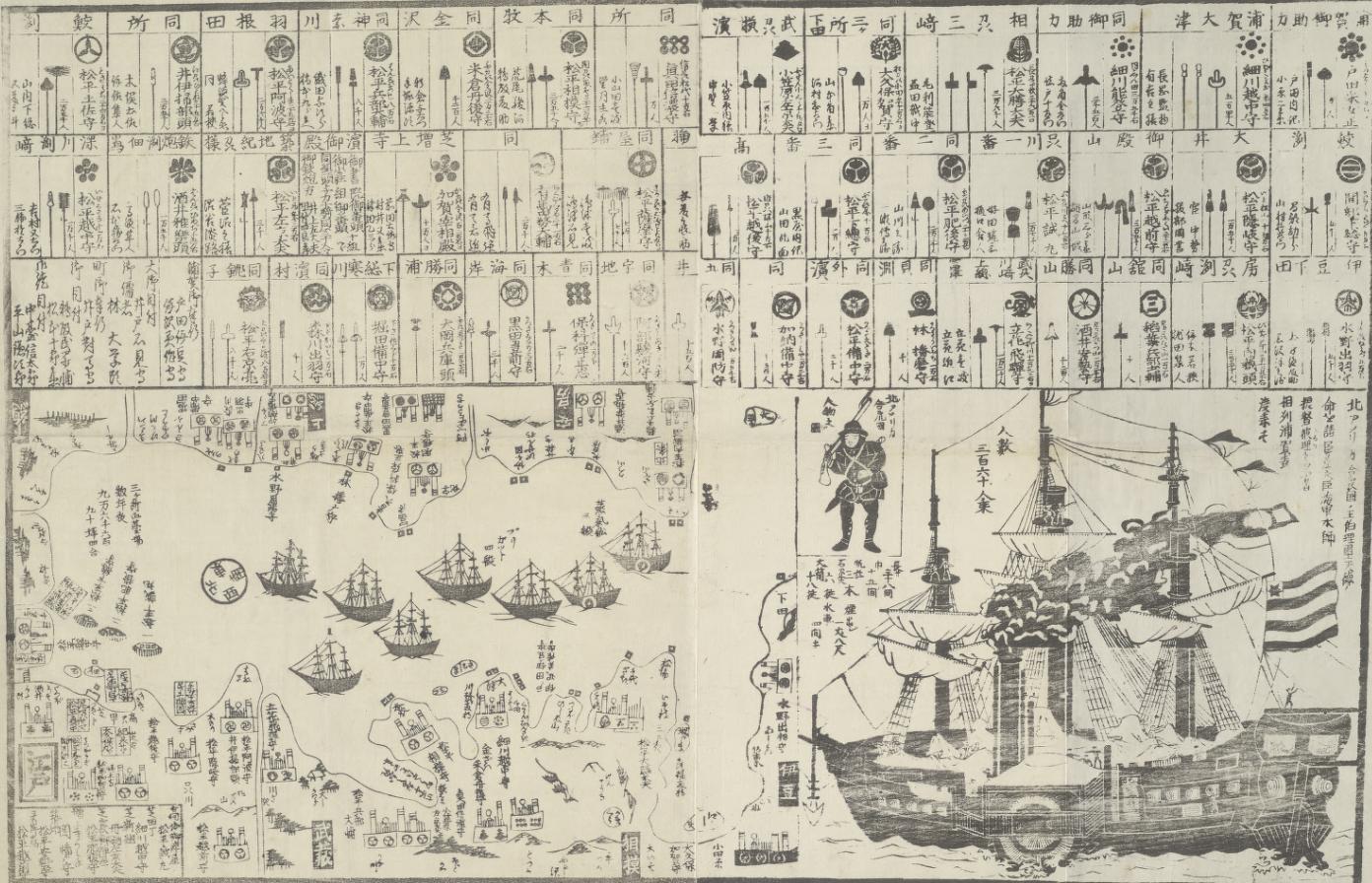 Japan, under the Tokugawa shogunate, was a notoriously isolated part of the planet. For 250 years the military government of the puppet emperors had barred all foreigners, save for a tiny number of Dutch ships, from entering Japan and forbade all Japanese from leaving the country or returning from abroad. This flew in the face of American and European desires for expanded trade with Asia — China had only recently been forced to accept commerce, diplomatic recognition, and the intrusion of missionaries.

On July 8, 1853 Commodore Matthew Perry arrived in Japanese waters with a fleet of steamships equipped with modern artillery. He bullied his way into delivering a note from President Fillmore which demanded diplomatic and trade openness from the government of Japan. Perry promised that he would return in 1854, leaving the shogunate in a bind: contact with foreigners had proved toxic to China and would doubtless mean social upheaval, but militarily there was no way to resist the pressures from the outside world. The Russian empire, France, and Britain were certain to want whatever rights were granted to the Americans. When asked their opinion of options, half of the great feudal lords wanted to resist and half wanted to capitulate.

When Perry returned in February 1854 with an even bigger fleet, the Japanese government had decided to yield to the foreigners’ importunities. The wiser of their statesmen saw that the future was steam-powered and explosively advanced; Japan could learn from the barbarians and, in time, beat them at their own imperialist game. And so it proved to be so. 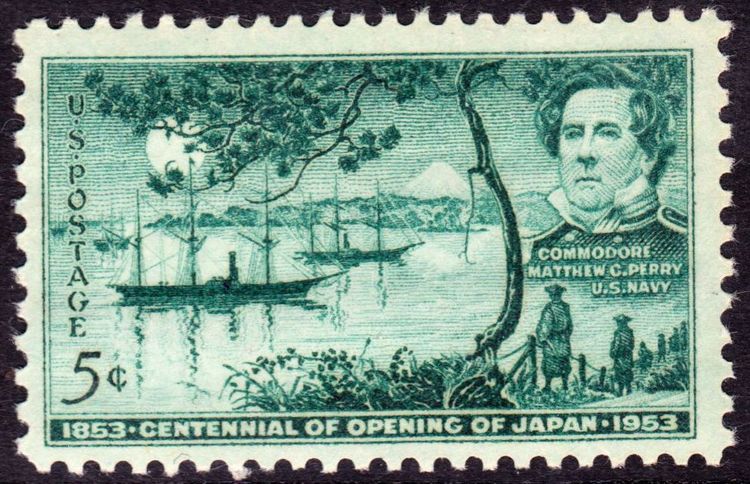