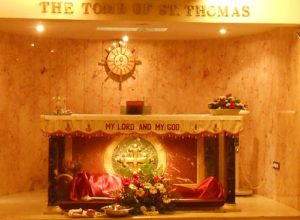 We know more about the relationship between Jesus and Thomas than we do with many of the other Apostles. It was Thomas who boldly declared that he and his companions should follow Jesus into danger in Judaea. Thomas it was at the Last Supper who declared that he did not understand the words of his master that He was going to prepare a place for them and was told that Jesus was the Way, the Truth and the Life. His doubt at Christ’s resurrection gave him his nickname and the opportunity to cry out later “My Lord and my God!”

Numerous legends, including an apocryphal gospel, tell stories of Thomas’s travels. He is said to have evangelized in Persia and then reached India in 52. There exists in southern India today a community of Christians who trace their spiritual origin to Thomas. He suffered martyrdom near Chennai (once Madras) in 72, speared to death by order of the local king. The location of his relics is a matter of controversy as a number of places claim them. A basilica in Chennai, with a wonderful neon-lit altar, still exhibits what it claims to be the body of the saint and the spear that killed him.  Some churches observe December 21 as St Thomas Day. 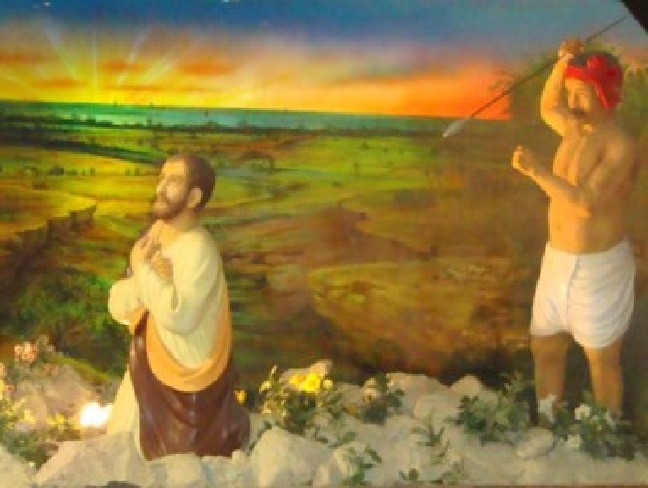