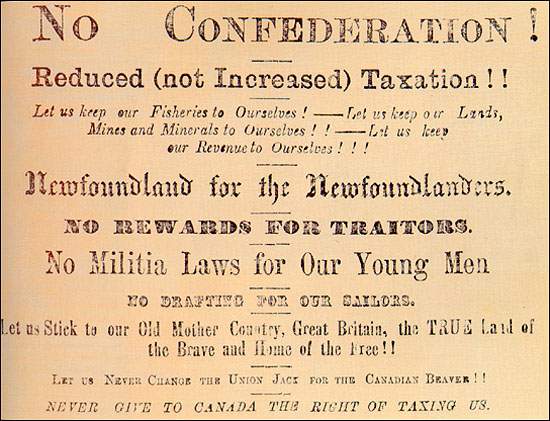 The enthusiasm of four British North American colonies for Confederation was not shared by others on the continent. Prince Edward Island with a tiny population was worried about being swamped by numbers if they joined Canada East, Canada West,  Nova Scotia, and New Brunswick in a Canadian nation. They had no interest in a trans-Canadian railway and, though they had hosted the critical Charlottetown Conference, they declined to sign on to Confederation in 1867.

It was a close-run thing as well in Nova Scotia where Joseph Howe called for staying out but the most vociferous opponents of union were in Newfoundland, the oldest of all British colonies. Here are the lyrics to a rousing anti-Canadian anthem. 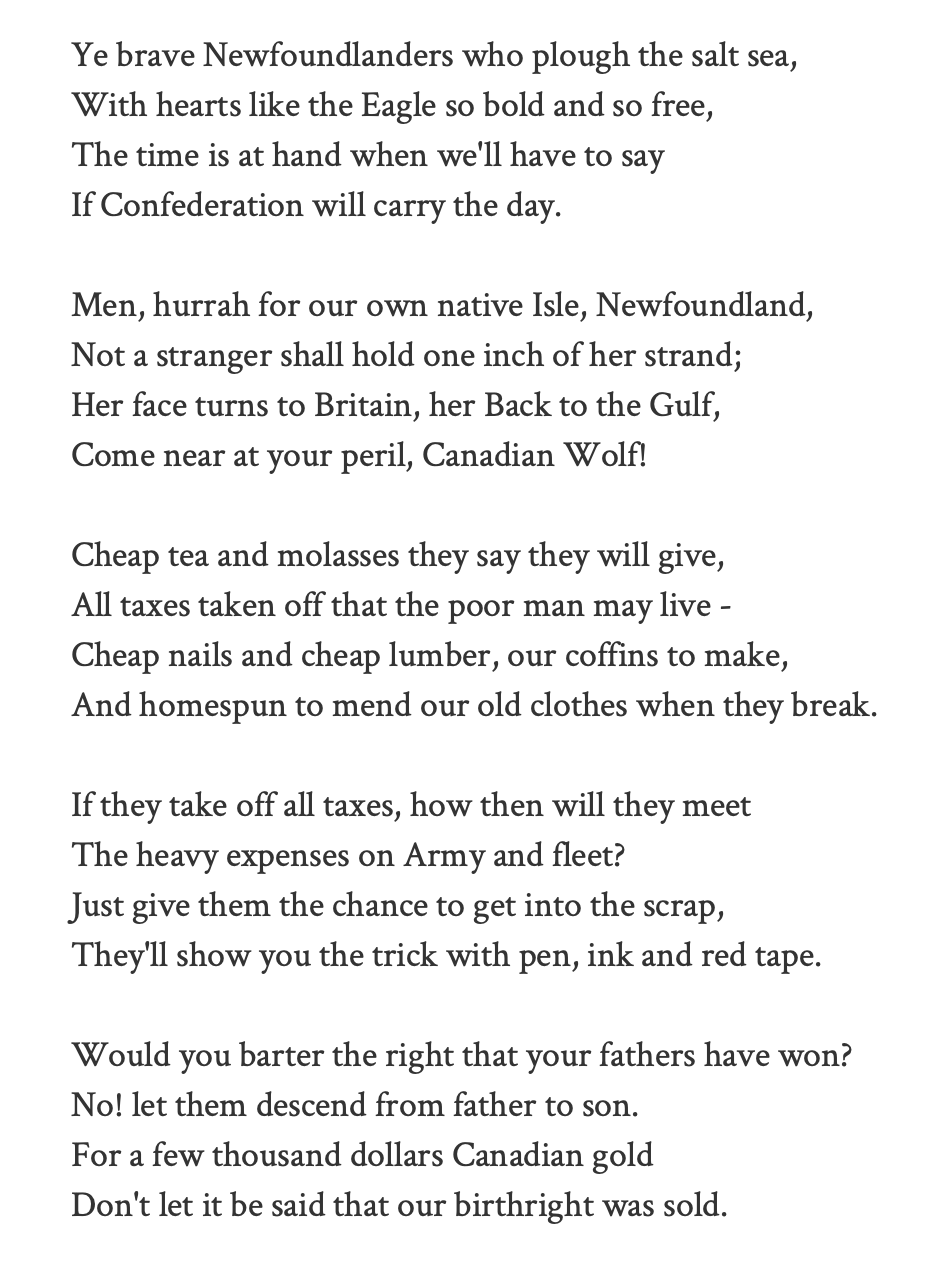 Prince Edward Island finally gave into the siren song of the promise of a steamer connection to the mainland and capitulated in 1873. Despite a vain attempt at independence fail during the Depression of the 1930s, Newfoundland stayed outside Canada until a dodgy referendum of 1948 brought the Rock in.