1794 Execution of the Angel of Death 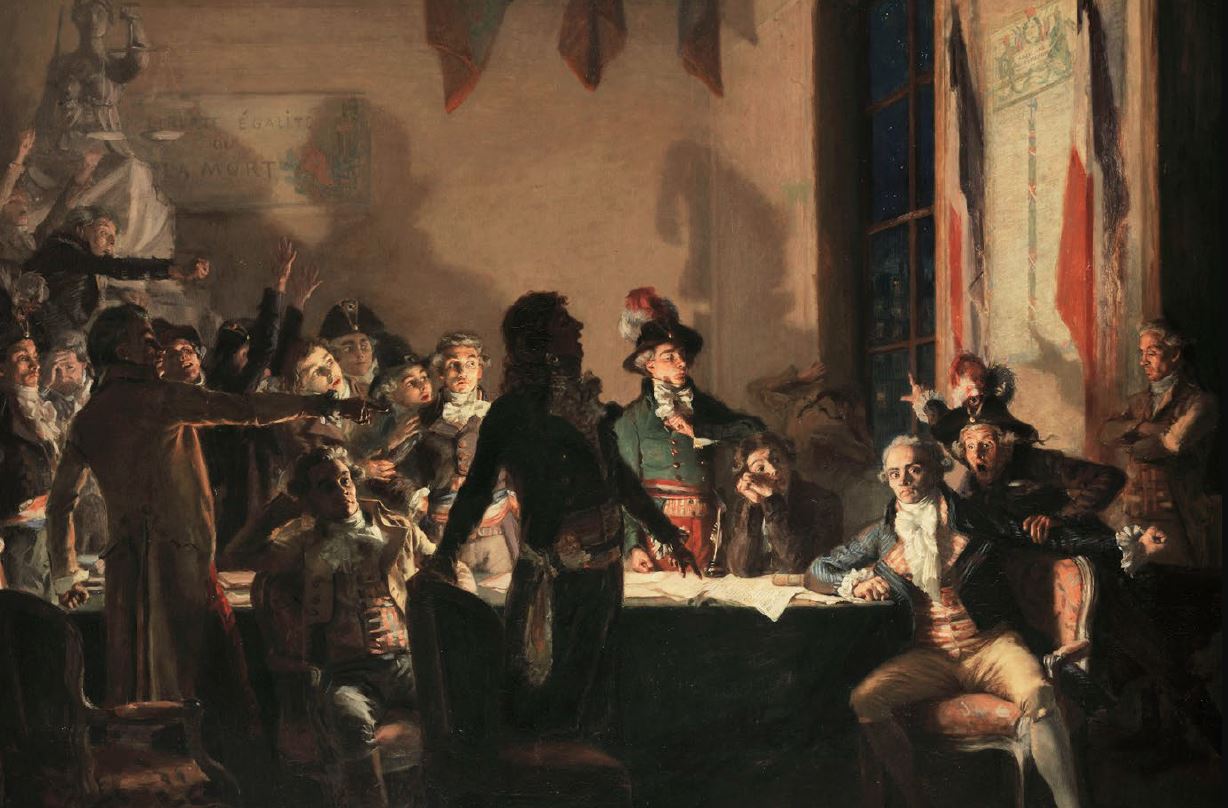 The Thermidorian Reaction which claimed the life of Maximilien Robespierre on this day in 1794 also ended the earthly existence of someone equally repellent, Louis Antoine de Saint-Just.

Saint-Just, born in1767, came from the rural minor nobility and led an aimless life as a youth, dabbling in legal studies and poetry, but the outbreak of Revolution in 1789 gave him a cause to live passionately for. From his home town he corresponded with politicians such as Robespierre and Camille Desmoulin and in 1791 he was elected as the youngest member of the national assembly. There he forgot his earlier ideas of a constitutional monarchy and a distaste for violence, aligning himself with the radical Jacobin Club.

In November 1792 he called for the execution of Louis XVI; “I see no middle ground: this man must reign or die! He oppressed a free nation; he declared himself its enemy; he abused the laws: he must die to assure the repose of the people.” Having helped send the king to the guillotine, Saint-Just then took aim at moderate politicians, He supported the deaths of members of the Girondin faction and was behind the infamous “Law of Suspects” which removed many legal protections for an accused and ushered in the Terror. One was deemed guilty if thought to be insufficiently enthusiastic for the Revolution.

Saint-Just won a shining revolution as a représentant en mission, (the equivalent of a Soviet commissar), to bolster the morale and effectiveness of troops at the front. Shooting some officers perked up military performance considerably and Saint-Just returned to Paris in early 1794 where he was elected head of the National Convention. He turned the apparatus of the Terror on the Hébertists for being too radical and on Georges Danton and his followers for being too moderate.

Here are a few of Saint-Just’s more sanguinary pronouncements:

“The vessel of the Revolution can arrive in port only on a sea reddened with torrents of blood.”

“A nation generates itself only upon heaps of corpses”

“Those who make revolutions by halves do nothing but dig their own tombs.”

By the summer of 1794 many French politicians felt that, unless checked, Robespierre, Saint-Just and the Committee of Public Safety, might also endanger them. Thus they engineered a coup and saved their own nests by sending Saint-Just and twenty-one of their erstwhile leaders to the axe.

Few have expressed the mistaken anthropology of the Enlightenment as well as did Saint-Just in a speech to the National Convention in April, 1793:

Man was born for peace and liberty, and became miserable and cruel only through the action of insidious and oppressive laws. And I believe therefore that if man be given laws which harmonize with the dictates of nature and of his heart he will cease to be unhappy and corrupt.

This notion, that humanity is born good and requires only a bit of social tinkering to be made happy and free, is at the heart of every -ism of the last two centuries and leads from the taking of the Bastille to the gulags, Auschwitz, the Cultural Revolution, and Critical Race Theory.