Baseball is a game with many rules, some written, some unspoken. One of those rules (Rule 1.10c) deals with the use of adhesive permissible on the handle of a bat. A grip-enhancer, such as pine tar, cannot be applied farther than 18 inches from the bottom of the bat. Any malefactor found to be using such an implement was (according to the regulations in effect in 1983) to be deemed out and ejected from the contest.

On July 24, 1983, the New York Yankees were playing the Kansas City Royals at Yankee Stadium. In the top of the ninth inning, the Bronx Bombers were leading 4-3 with two out, one on, and famed stopper Goose Gossage and his bizarre moustache on the mound. Up strode George Brett, a prodigiously gifted hitter and tobacco chewer. The two future Hall of Famers performed the ritual glare before Brett fouled off the first pitch and then smote the second into the right field stands for a two-run home run and a 5–4 lead.

Enter now the Yankee skipper Billy Martin – like fabled Odysseus, a man of many wiles. He drew the attention of the umpires to Brett’s bat and the officials determined that the pine tar extended a fatal 6″ too high. Brett was ruled out, his home run was cancelled, and the Yankees declared the winner. 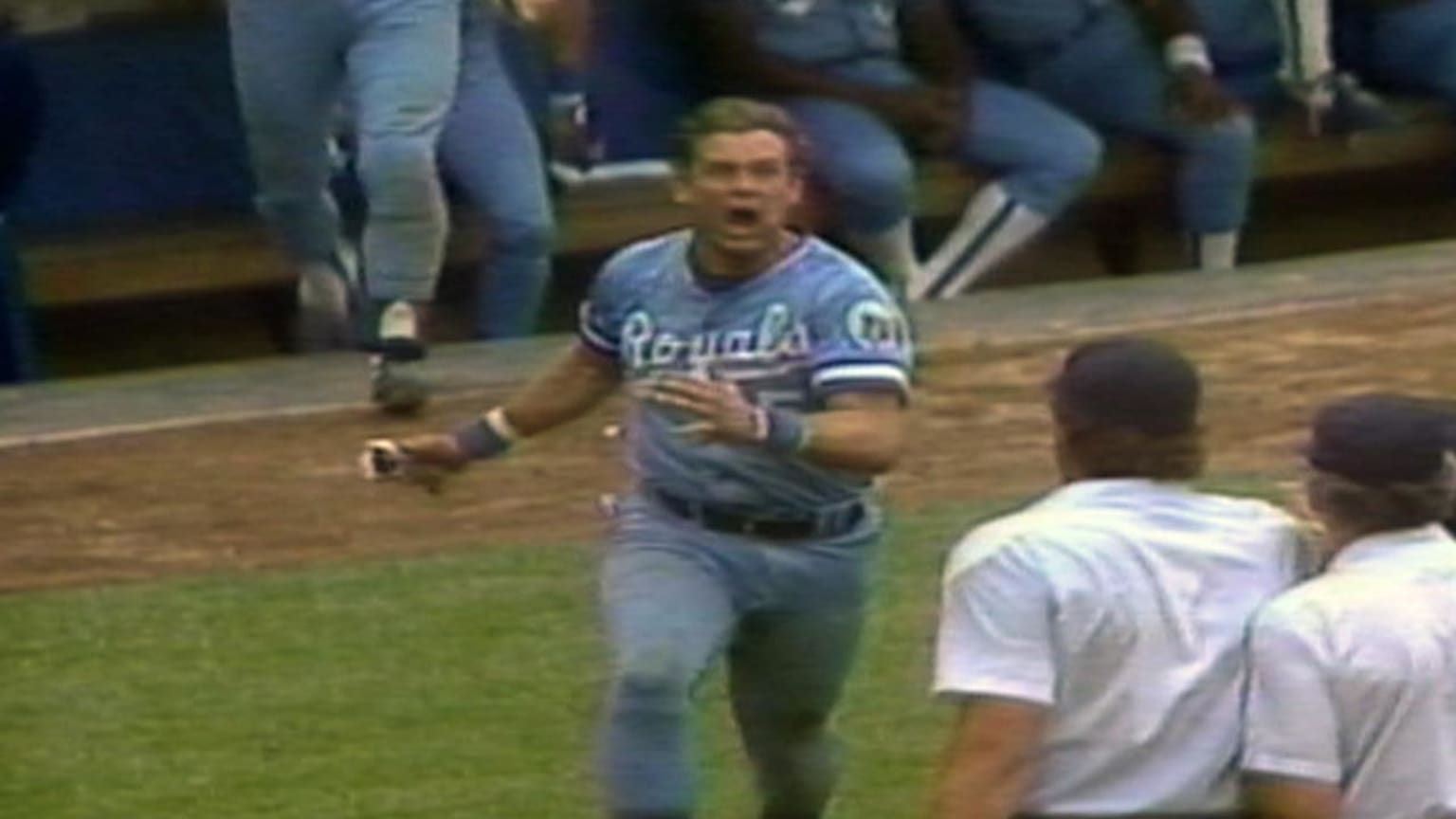 Upon hearing this decision, Brett launched himself from the dugout and begged to differ so vigorously that he had to be physically restrained from raising his objections on umpire Tim McClelland’s person. Great was the snickering of the Yankees and deep was the woe of the Royals as the players exited the field. Yet our tale is not ended.

The Royals appealed the decision to American League president Lee McPhail. In a ruling as arbitrary as any made by a medieval pope, MacPhail decided that the penalties prescribed by 1.10c were null and void — the extensive use of pine tar was an aesthetic violation (it would mark the ball) and not one that gave an unfair competitive advantage. The game was to be resumed from the point of Brett’s home run. The Yankees protested with law suits, injunctions were issued, but the courts ruled that the rescheduled contest should be held on August 18.

Martin’s shrewdness was again in evidence. Before the first pitch was thrown, the ball was tossed to first base on the theory that Brett had not tagged the bag on July 24. The umpire ruled him safe. The ball was then thrown to second base on the theory that U.L. Washington, the base runner on when Brett hit his homer, had not not touched there. Again the ruling was safe — though neither call was given by an umpire who had been officiating in the original game. Martin, with the good sportsmanship that marked his entire career, naturally protested, but the pin-striped helmsman was stunned when the umpire crew chief pulled out a notarized affidavit, signed by all four umpires from July 24, vowing that Brett had touched every base.

The Royals went on to win the game 5-4 with the Yankees declaring that they were playing under protest. The bat is now in the Hall of Fame and the penalties of the pine tar rule have been changed.