January 6 is Epiphany on the Christian calendar, one of those days when coronations often took place in the Middle Ages. Consider the following:

1017 Cnut (or Canute) is crowned King of England

Cnut (995-1935) is known as Cnut the Great, having formed a North Atlantic empire composed of England, Denmark, and Norway. He was an effective king of England  but his composite kingdom fell apart on his death, leading to a restoration of the Anglo-Saxon dynasty. 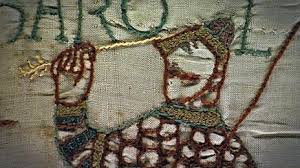 Harold (1022-1066) was the last of the Anglo-Saxon kings of England. He succeeded his brother-in-law, the childless Edward the Confessor, but faced two rivals for the throne. The first was an invasion of the Viking Harald Hardrada who was aided by Harold II’s treacherous brother Tostig. Before the decisive battle of Stamford bridge Harold tried unsuccessfully to woo back his brother, but ended up killing him and Hardrada in battle. Harold was less successful against the invasion by William of Normandy, falling to an arrow in the eye at the Battle of Hastings. 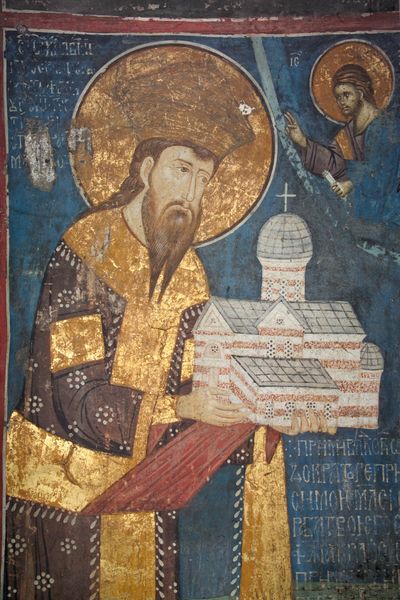 Balkan politics have always been a blood sport. As a youth Stefan (1285-1331) was sent by his father to be a hostage in the hands of the Mongol Golden Horde. Having survived that he quarrelled with his father who sent him to Constantinople, the capital of the Byzantine Empire, with secret instructions that the Byzantines blind him, rendering him unfit to succeed his father. The blinding was not total and when, on the death of his father, Stefan faced rivals for the throne he was able to win support by claiming that a divine miracle had restored his sight.

Constantine (1405-1453) was the last Christian ruler of Constantinople, the last Roman emperor. This Byzantine empire had fallen on hard times and had shrunk to a few holdings in Greece and along the Black Sea coast and the capital itself. In 1453 the Turks under Mehmet the Conqueror stormed the city and Constantine died in the fighting. His body was never recovered and legend says he will return one day and drive out the Turks.