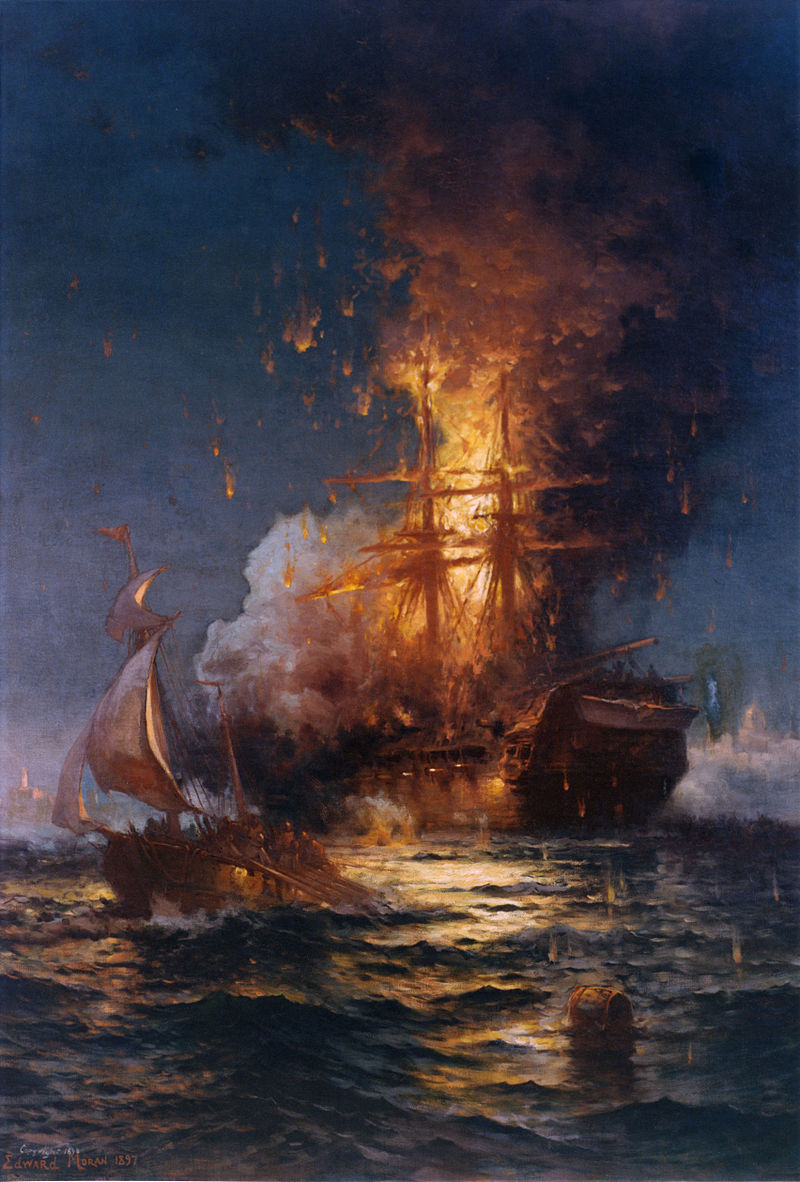 The civilized world was plagued for centuries by the pirates of the Barbary Coast of North Africa. They terrorized the shores of the Christian Mediterranean and sailed into the Atlantic as far north as Iceland to take slaves — over a million Europeans were taken captive from the 16th to the 19th centuries. Countries either paid protection money or suffered the constant assaults on their shipping and coastal towns. The newly-independent United States began by paying the extortion — amounting to 16% of the American federal budget — but finally, under Thomas Jefferson, the USA had had enough. The officials with whom the Americans had negotiated told them their piracy was a religious duty:

“It was written in their Koran, that all nations which had not acknowledged the Prophet were sinners, whom it was the right and duty of the faithful to plunder and enslave; and that every mussulman who was slain in this warfare was sure to go to paradise. He said, also, that the man who was the first to board a vessel had one slave over and above his share, and that when they sprang to the deck of an enemy’s ship, every sailor held a dagger in each hand and a third in his mouth; which usually struck such terror into the foe that they cried out for quarter at once.”

So in 1801 began The First Barbary War against these pirate nests. In October 1803 the frigate USS Philadelphia while engaging in this campaign went aground near the city of Tripoli and its crew taken prisoner by the local Muslim pirate king. The ship was too dangerous a prize to be left in the hands of the Bey of Tripoli, so Commodore Edward Preble ordered Lieutenant Stephen Decatur to try and repossess the ship or destroy it.

Sir, you are hereby ordered to take command of the prize ketch Intrepid. It is my order that you proceed to Tripoli, enter the harbor in the night, board the Philadelphia, burn her and make good your retreat … The destruction of the Philadelphia is an object of great importance. I rely with confidence on your intrepidity and enterprise to effect it.

The Intrepid, previously named Mastico, had been captured from the Tripolitans, and Decatur disguised the ship as a merchant vessel run by a small Arab-speaking crew; Decatur and most of the men hid below deck. Under the ruse that the ship had lost its anchor, permission was sought to tie up to the Philadelphia. When the two ships were aside one another, Decatur and the other men burst out and onto the Philadelphia, easily overcoming the crew aboard. In a matter of minutes, 20 of the enemy were dead and others had jumped ship. The Americans then proceeded to send the ship up in flames and quickly retreat to the Intrepid.

British Admiral Horatio Nelson called it “the most bold and daring act of the age.” 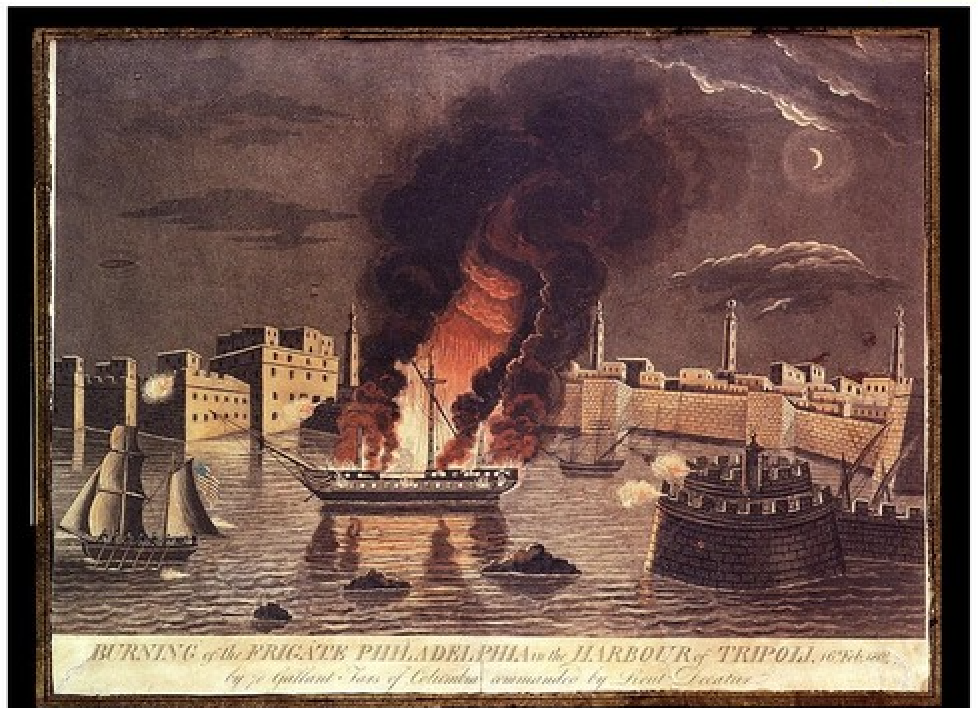 One thought on “February 16”