1945 The destruction of Nagasaki 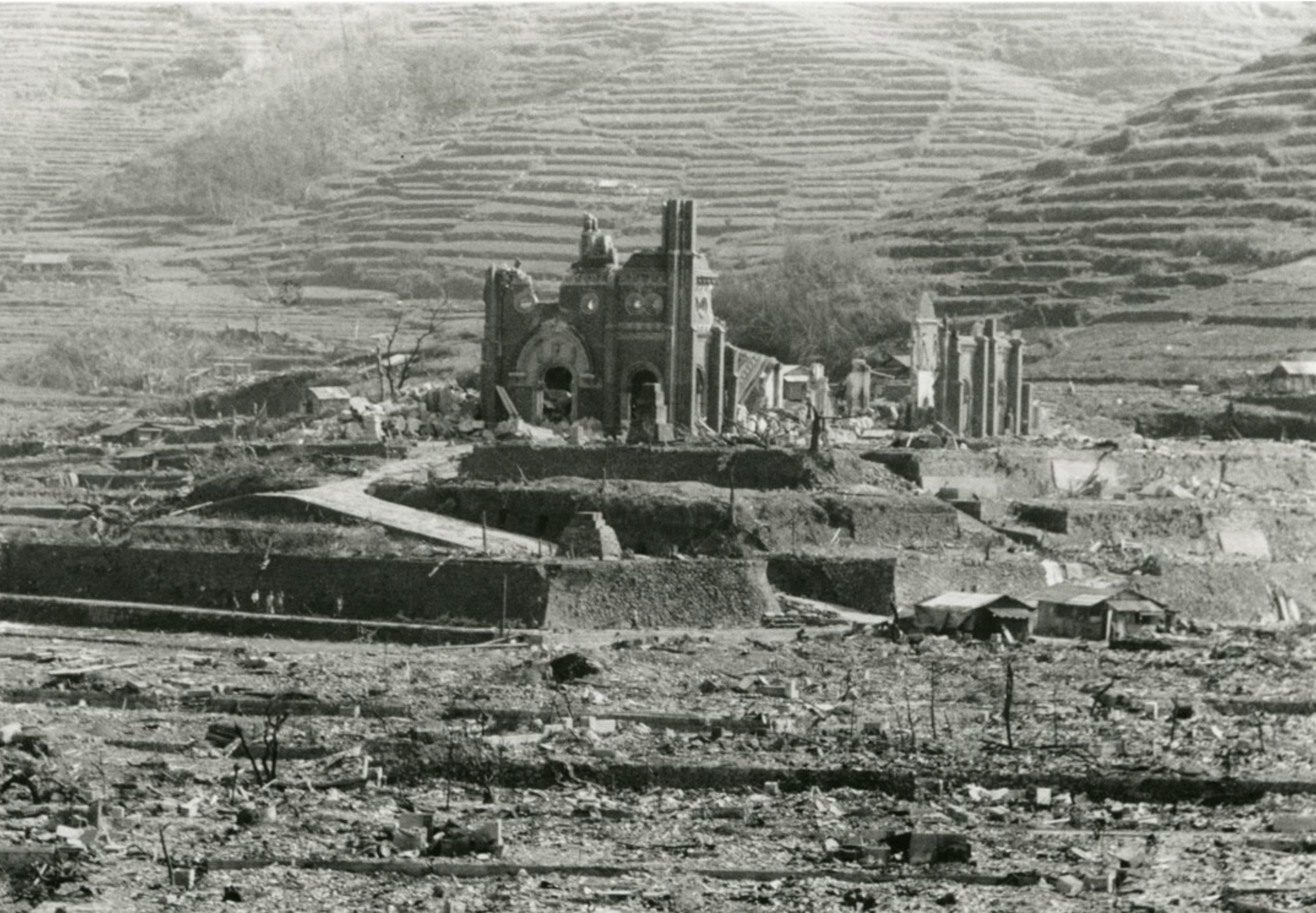 At 11:02 on the morning of August 9, 1945 an American B-29 bomber dropped an atomic weapon on the Japanese port of Nagasaki. That city was not the original target, but smoke and clouds over Kokura would have prevented an assessment of the damage that would have been inflicted by this experimental bomb, so the pilot diverted his plane to the secondary objective. The result was an explosion that obliterated the city centre, killed tens of thousands immediately, and doomed more tens of thousands to die later from burns or radiation sickness. The casualty list was overwhelmingly civilian, including Korean slave labour, as well as a small number of Allied prisoners of war.

Ironically, Nagasaki was the most Christian city in Japan and the one, historically, most open to foreign influence. Throughout the more than 200 years of self-imposed isolation from the rest of the world, Nagasaki had been the only port at which European vessels were allowed to land. The area in which the secret Christian congregations had lived during those years was hardest hit by the bomb. The 19th-century Catholic cathedral (see above) was the largest in east Asia.

Debate continues over the necessity and morality of the atomic warfare waged against Japan, but it is difficult to escape the conclusion that these horrific weapons saved millions of lives that would otherwise have been lost to a continued naval blockade, a Soviet-American invasion, or the continuation of firebombing. Malcolm Gladwell’s latest book The Bomber Mafia discusses the effect of the urban bombing strategy carried out by Curtis LeMay.