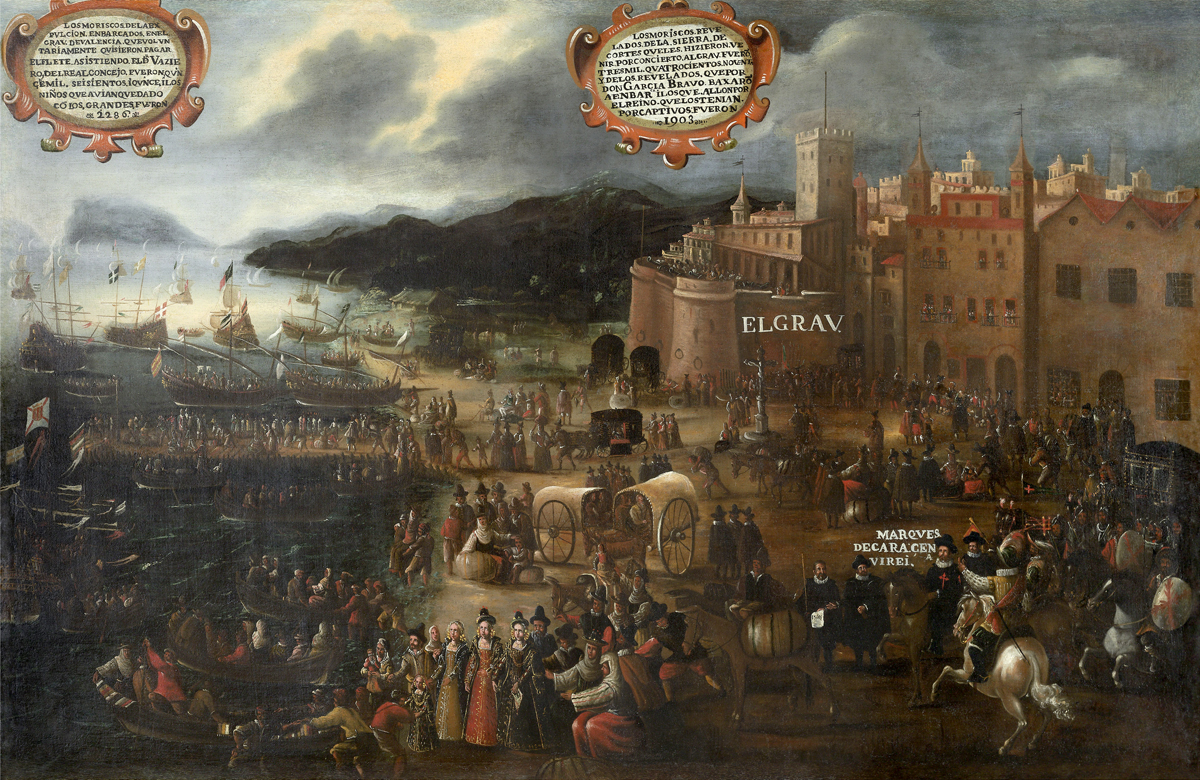 The Iberian peninsula was invaded by Arab and Berber conquerors in the eighth century. In addition to the Islamic religion, these migrants brought with them new crops and agricultural techniques and connects to the wider Muslim world of trade and culture. This made for a rich and prosperous culture, in which many Christian subjects decided to participate and change religions. There was considerable intermarriage between the original inhabitants and the newcomers. The Moors, as they were called, did not succeed in subjugating the whole peninsula, however; for centuries, Christian kingdoms in the north of Spain fought back, gradually driving Islamic dominions southward. Muslim Spaniards tended to not wish to live under Christian rule and when their rulers were defeated they most often migrated too, leaving the land to be resettled by Catholics.

In 1492, Ferdinand of Aragon and Isabella of Castile completed the Christian reconquest of Spain. Despite promises of religious toleration, they soon demanded that those Muslims unwilling to convert should leave the country (a similar demand was made of Jews.) Thousands left and resettled in North Africa but many stayed behind and changed religions (at least on the surface). These “Moriscos” were always regarded with suspicion by the government who believed that their real allegiance was to Islam, at a time when Spain was fighting for control of the Mediterranean with Muslim powers. From 1568-73 an attempt by Philip II to ban the use of Arabic and Arab clothing, and to force church education on Morisco children resulted in several rebellions. Relations between these New Christians and the Old Christians was always tense, and increasingly so as the Spanish economy failed to prosper despite the influx of gold from the Americas.

Pressure grew on the government of Philip III to expel the ex-Muslim population as a threat to Spanish security. The king was also attracted to the notion of confiscating their property for the crown and so in April, 1609, the first of a series of expulsions was enforced at the point of a sword. The refugees could take only what they could carry; their land and homes were to be confiscated, and any vandalism to this property as they left was punishable by death. Rebellions broke out, especially as those yet to be expelled learned of the harsh treatment given to them in North Africa. Historians are still debating the number of those expelled; estimates range from 300,000 to 1,000,000.

Like many of the Spanish government’s religious and racial policies, this atrocity was self-defeating. Whole towns were left deserted; agricultural production in many provinces of Spain collapsed — prices rose, rents had to be raised on remaining (Christian) tenants, landlords with no cheap Morisco labour to draw on were bankrupted. The expulsion was unpopular with much of the Christian population who often helped their Muslim neighbours evade the order or who aided them to return later. The government of Philip IV gave up on further prosecutions and looked the other way when Moriscos returned.