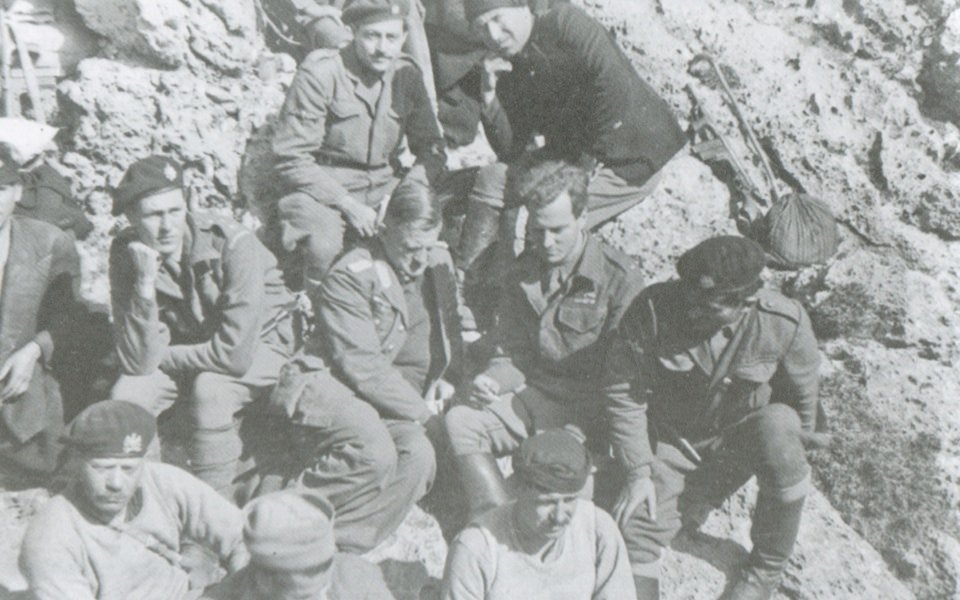 1944 The abduction of General Kreipe

In May 1941, Germany launched a daring parachute attack on the island of Crete which was garrisoned by Greek, British, and Commonwealth troops. Though the price paid in blood was so high that Germany never again attempted another airborne attack like it, the paratroopers secured airfields into which reinforcements could fly, and, after 11 days of bitter fighting, victory was largely achieved. Guerrilla resistance by native Cretans and Allied troops hiding in the hills continually took its toll on the Wehrmacht, prompting harsh reprisals and atrocities.

The British Special Operations Executive (S.O.E., responsible for violent behind-the-lines activities) decided that its agents should kidnap the brutal head of the German occupation, the so-called “Butcher of Crete”, Friedrich Wilhelm Müller, but, by the time the plan was to be put into effect, Müller was replaced by the milder General Heinrich Kreipe. With Kreipe now the target, Major Patrick Leigh Fermor (the brilliant travel writer whose works should be read by all of you) and Captain William Stanley Moss, with their team of native resistance fighters, plotted to abduct the general as he drove home.

On the night of April 26, disguised as German troops, they stopped Kreipe’s car, knocked the driver unconscious, and, holding the general at gunpoint, drove unmolested through 22 German roadblocks. Kreipe had a reputation for grumpiness and impatience with delays, so his kidnappers had an easier time. Eventually they abandoned the car and headed into the mountains, leaving false clues that they hoped would lead the Germans to believe that the team would be quickly evacuated by submarine. They eluded a vast Wehrmacht manhunt while they tried to arrange contact for a pickup that would take them to Egypt.

Kreipe was a decent sort of chap, not a Nazi, and he had Fermor had many conversations. One morning, the captive German began to greet the dawning sun’s glint on a mountaintop with lines from an ode by the Roman poet, Horace, and, Fermor finished the recitation, as they both knew the Latin by heart. “We had both drunk at the same fountains,” wrote Fermor about the incident.

Though the general was successfully taken by boat to captivity in Egypt, the reprisals by the German army, led again by Müller, were bloody. Here is his order:

Because the town of Anogia is the centre of the English Intelligence on Crete, because the people of Anogia committed the murder of the Sergeant Commander of the Yeni-Gave, as well as of the garrison under his orders, because the people of Anogia carried out the sabotage of Damasta, because in Anogia the guerrillas of the various groups of resistance take refuge and find protection and because it was through Anogia that the kidnappers with General Von Kreipe passed using Anogia as a transit camp, we order its COMPLETE DESTRUCTION and the execution of every male person of Anogia who would happen to be within the village and around it within a distance of one kilometre.

CHANEA 13TH AUGUST 1944, THE GENERAL COMMANDER OF THE GARRISON OF CRETE, H. MULLER.

For this and other war crimes, Müller was executed by the Allies in 1947 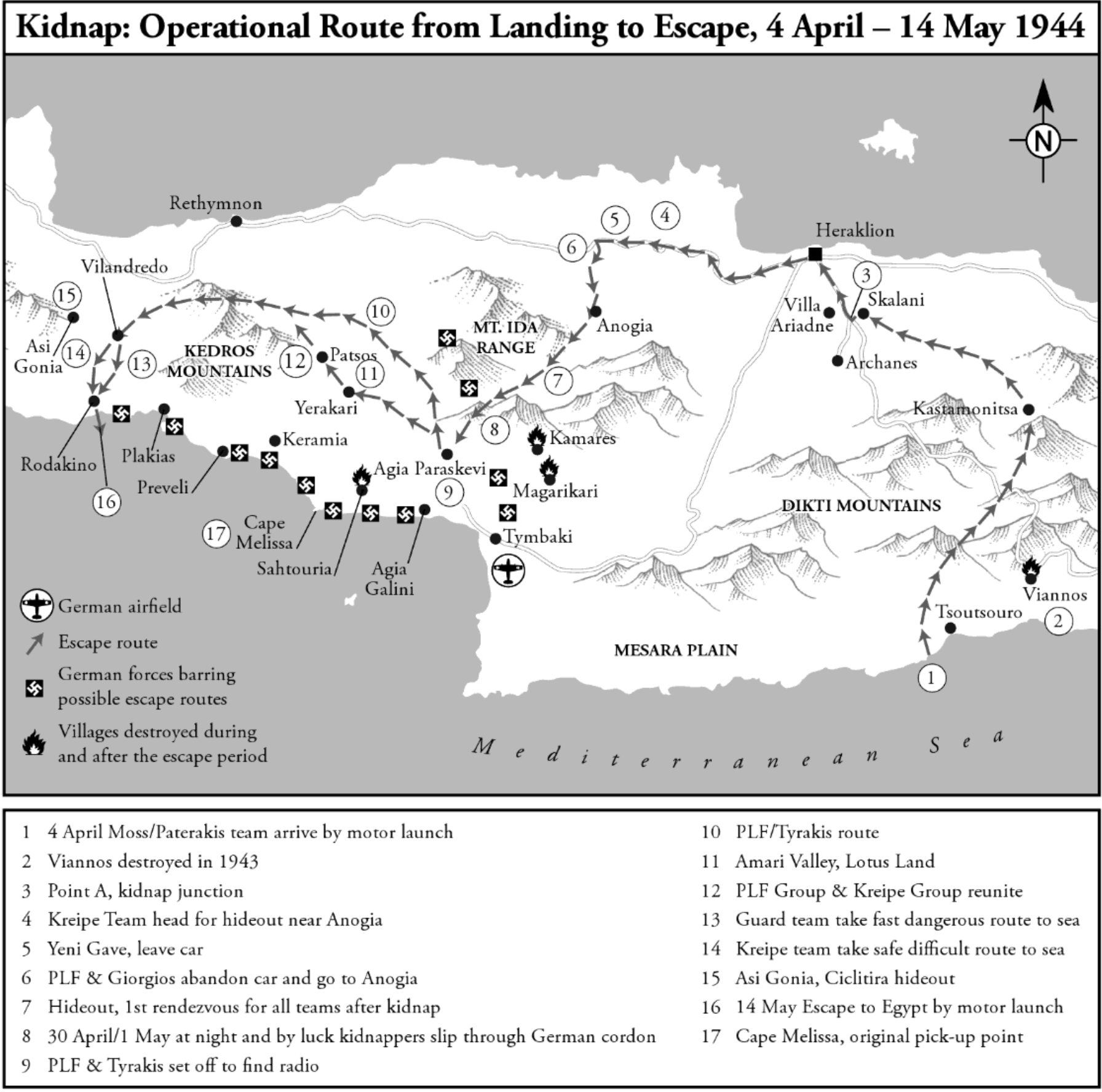