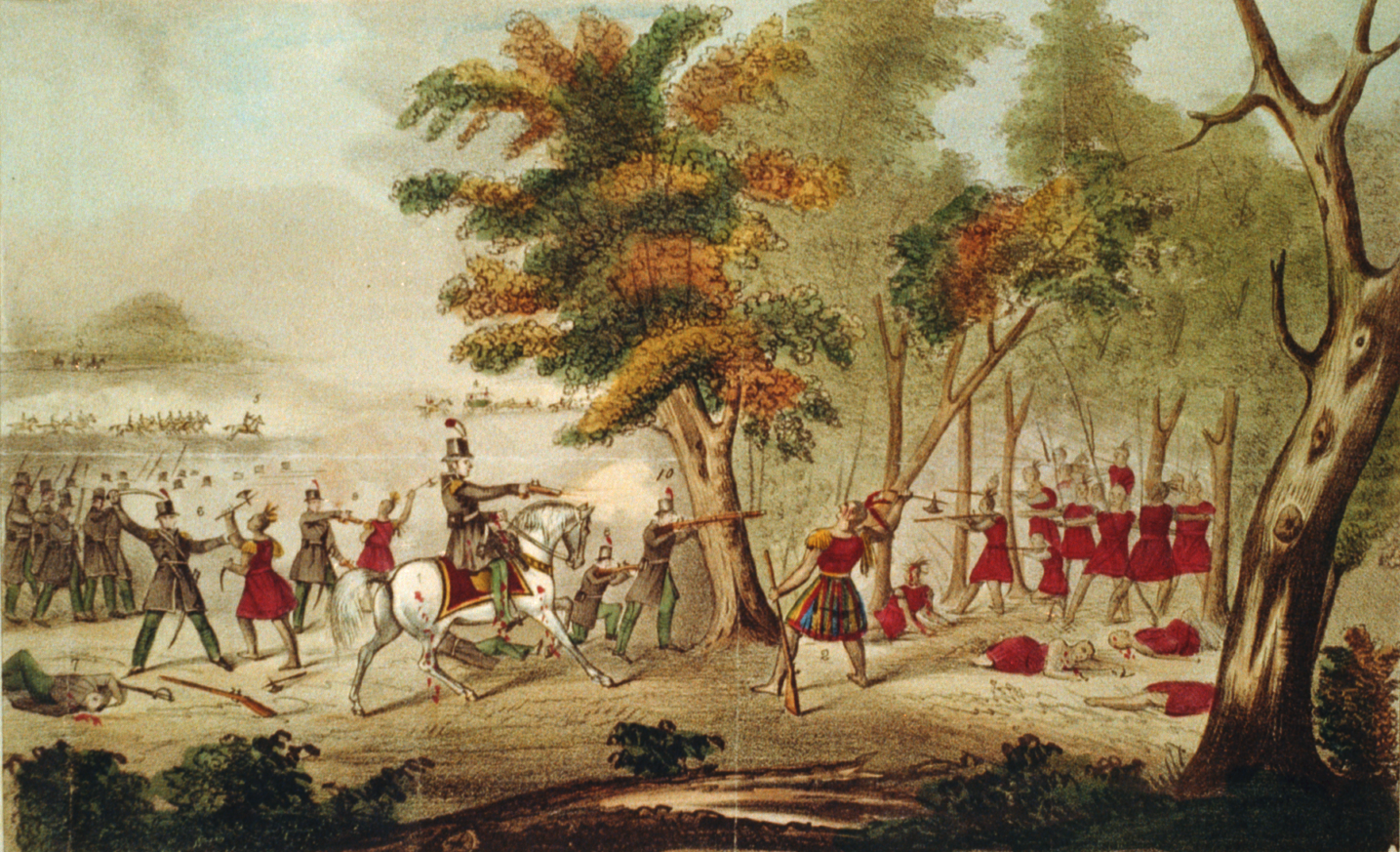 The War of 1812 between the United States and Great Britain was fought at sea and along the Canadian border. Allied with the British were many native tribes, resentful at American expansion into their traditional territories. A tribal confederacy under the Shawnee chief Tecumseh and his mystical brother known as The Prophet had consistently opposed yielding land to the Americans but had suffered a number of reversals.

In the autumn of 1813, the British and their native allies were being pushed back from positions below the Great Lakes. Commodore Oliver Hazard Perry had won the Battle of Lake Erie capturing an entire British squadron, which prompted the famous phrase, “we have met the enemy and he is ours” and ashore the future president William Henry Harrison was also successful. He recaptured Detroit and launched an invasion of Upper Canada. On this day Harrison’s forces met a British army under Henry Procter backed by hundreds of Tecumseh’s warrior in what is now southern Ontario. The British wilted under an American charge but Tecumseh’s forces stood their ground. In the fighting Tecumseh was shot and killed.

The battle itself was of little significance as the victorious Americans were obliged to withdraw but the death of Tecumseh was a catastrophe for the native cause. Their confederacy collapsed and hopes of a pan-native resistance died.