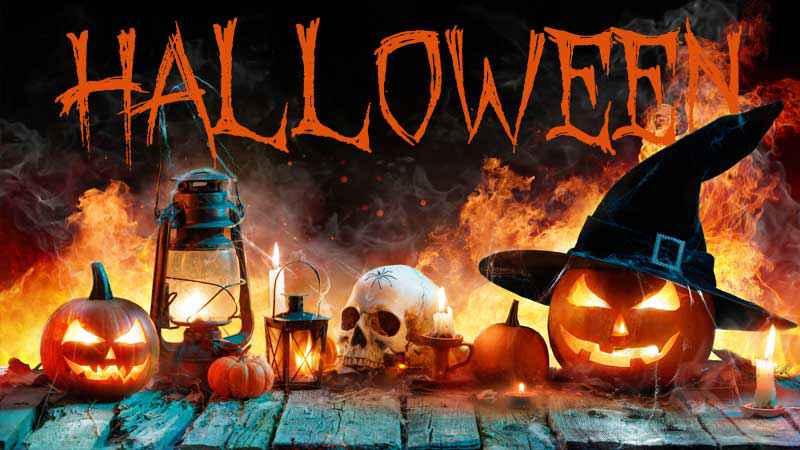 November 1 is All Saints’ Day or Hallowmas and the night preceding is thus All Hallows’ Eve or Hallowe’en. Together with November 2, All Souls’ Day, it constitutes Allhallowtide, a period to commemorate the Christian dead.

Halloween has become a secular festival dedicated to the distribution of unhealthy food to costumed children and to the indulgence by their elders in thoughts of the macabre. October television is dedicated to films about chainsaw homicide, haunted mansions, and the grisly dispatch of teenagers who violate the prime directive of sticking together when threatened by serial killers. October marketing focuses on novel ways to sell pumpkin-, witch-, skeleton- and zombie-related foodstuffs and clothing. Halloween has become the holiday on which more discretionary income is expended than any other save Christmas.

What this says about North American culture in the twenty-first century is uncertain. Is it a healthy interest in human mortality or a morbid fascination with the unholy and forbidden? Are we mocking evil or temporarily embracing it? Here are some thoughts on the subject:

I think if human beings had genuine courage, they would wear their costumes every day of the year, not just on Halloween. Wouldn’t life be more interesting that way? And now that I think about it, why the heck don’t they? Who made the rule that everybody has to dress like sheep 364 days of the year? Think of all the people you’d meet if they were in costume every day. People would be so much easier to talk to, like talking to dogs. – Douglas Coupland, The Gum Thief

It is as if French society were looking for a kind of civil religion capable of replacing Christian symbolism. At Halloween the dead are imitated and their ‘ghosts’ come back to frighten us and threaten us with death. On All Saints’ Day, in contrast, we affirm that the departed are alive and that we are promised to rejoin them in the City of God. – Hippolyte Simon, bishop of Clermont-Ferrand, Vers une France païenne? (Toward a Pagan France?)

Over time Halloween became an important night for customers, as well; for whereas children of the interwar years constructed their costumes from old clothes in the attic; for or closet and simply blackened their faces with burnt cork or soot, children in the more affluent 1950s and 1960s were more likely to buy Halloween masks and perhaps other articles of their costume from retail stores. By making Halloween consumer-oriented and infantile, civic and industrial promoters hoped to eliminate its anarchic features. – Nicholas Rogers, Halloween: From Pagan Ritual to Party Night