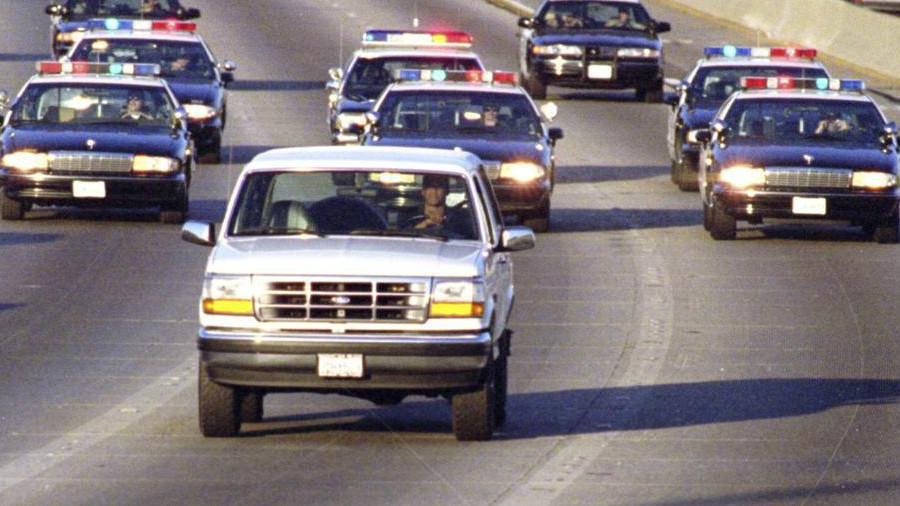 On July 12, 1994, Nicole Brown Simpson, ex-wife of football star and actor O.J. Simpson, and her companion Ron Goldman were found stabbed to death in Los Angeles. Suspicion fell on Simpson who had had a turbulent and occasionally violent relationship with his wife. Simpson was asked to turn himself into the police but instead he began to evince suicidal behaviour and fled in a white SUV, pursued at low speed while spectators lined the streets and millions watched on live television.

The subsequent murder trial was a media sensation, widely televised and presided over by Judge Lance Ito, whose handling of the case widely criticized. The prosecution relied largely on blood and DNA evidence that linked Simpson to the murder site while the defense “Dream Team” argued that the pair had been killed by a Colombian drug gang and that racist police had planted and tampered with evidence.

The jury of nine blacks, two whites and a Latino (10 women and 2 men) took 4 hours to reach a verdict of not-guilty, astonishing most of those who had followed the trial. Though he remained a free man, Simpson’s reputation was fatally damaged. A subsequent civil trial, launched by the Brown and Goldman families, found Simpson criminally responsible and ordered him to pay $33,000,000 in damages. In 2007 he was sent to jail for 33 years for a violent incident in Las Vegas. He will be eleigible for parole in 2017.