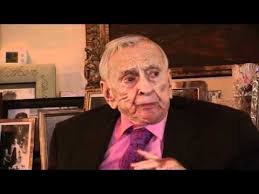 Proof that only the good die young or, that more than the weight of years is necessary to keep a man from being a jerk, may be found in the career of Eugene Louis Gore Vidal. Born into a socially prominent family and given an expensive early education, Gore volunteered for military service after Pearl Harbour and spent an uneventful (if chilly) war in the Aleutian Islands.

Gore turned to novel writing after the war and caused a bit of a scandal with his third book Pillars of the City(1948) which treated male homosexuality in an nonjudgemental manner. That notoriety forced him for a time to write low-rent fiction under a pseudonym. He carved out a successful career out of plodding high-brow historical fiction, writing accounts of the careers of Julian the Apostate. Aaron Burr, Abraham Lincoln, and William Randolph Hearst. Gore’s transsexual tale Myra Breckinridge was made into a dreadful film flop with Raquel Welch and Mae West.

Gore was not one to shy away from a microphone and became known as much for his caustic commentary as his writing. In one famous encounter he provoked the normally-urbane William F. Buckley into exclaiming “Now listen, you queer, stop calling me a crypto-Nazi or I’ll sock you in your goddam face, and you’ll stay plastered!” Gore’s jealousy of Truman Capote led to this remark:  “My first impression as I wasn’t wearing my glasses was that it was a colourful ottoman. When I sat down on it, it squealed. It was Truman.” Backstage at the Dick Cavett Show, Gore slapped Norman Mailer in the face and Mailer responded by head-butting Gore.

Gore died in 20102, leaving behind these provocative quotes:

• “We should stop going around babbling about how we’re the greatest democracy on earth, when we’re not even a democracy. We are a sort of militarised republic.”

• “There is no human problem which could not be solved if people
would simply do as I advise.”

•”I never a miss a chance to have sex or appear on television.”

• “It is not enough to succeed. Others must fail.”

• “A narcissist is someone better looking than you are.”

• “The four most beautiful words in our common language: ‘I told you so.'”