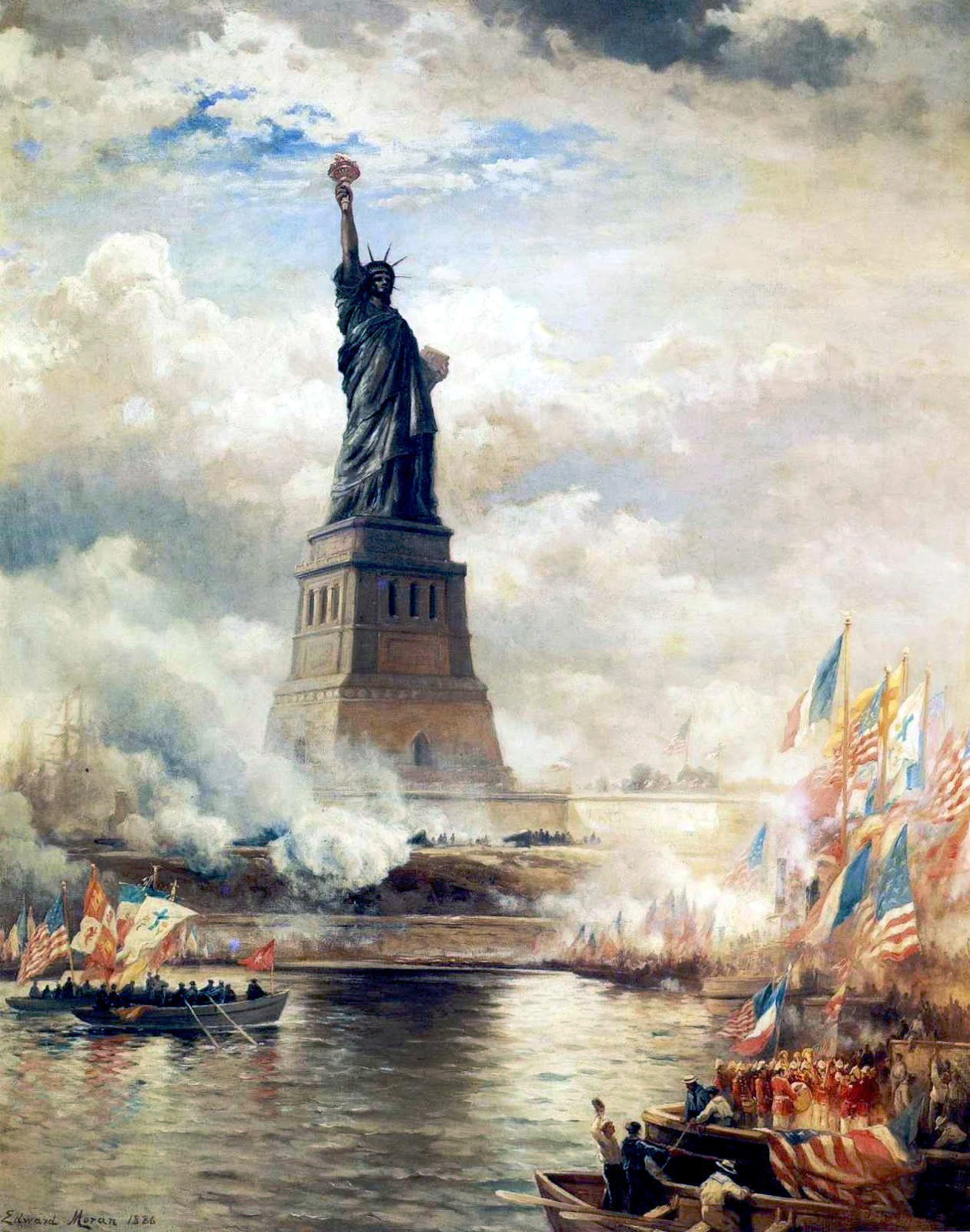 1886 Dedication of the Statue of Liberty

To celebrate the centenary of American independence, and to mark their own contribution to that effort, the French were determined to make the USA a splendid gift. The anniversary present would prove to be  La Liberté éclairant le monde, the gigantic Statue of Liberty (more properly “Liberty Enlightening the World”).

Work began on Liberty years before the centenary but the difficulty of the task and financing problems meant that by 1876 only the statue’s arm bearing the torch could be sent to Philadelphia for the festivities. It was designed by Frédéric Auguste Bartholdi and built by Gustave Eiffel. Made of copper, it depicted the Roman goddess Libertas carrying a torch and a law tablet inscribed with “1776”; at her feet is a broken chain signifying freedom from oppression. The statue was shipped in pieces to New York where it was erected on an island platform in the harbour, towering 305′ above the ground.

On this date in 1886 President Grover Cleveland dedicated the statue after a grand ticker-tape parade (the first ever) through the streets of New York.