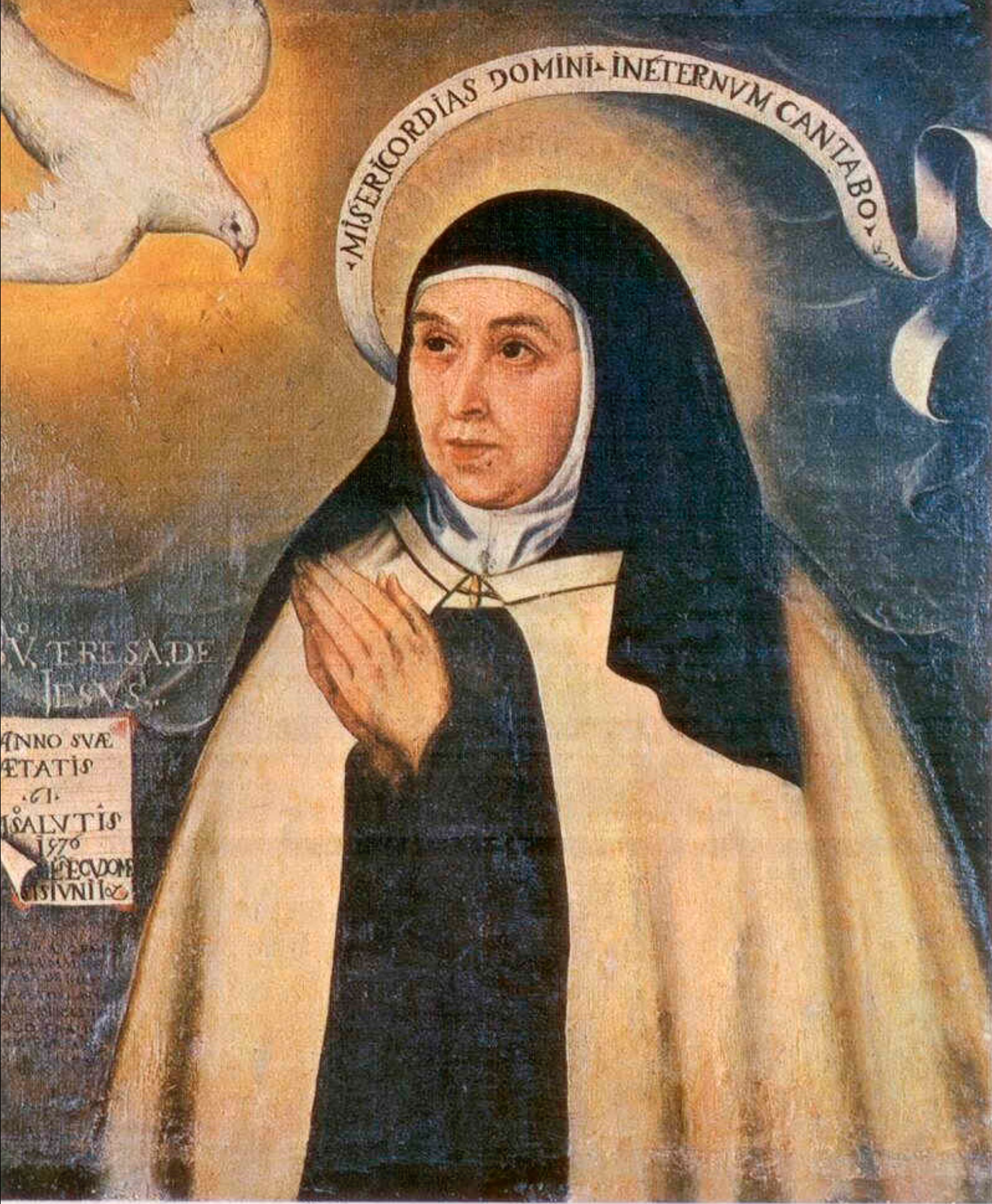 The Catholic Church has a history of suspicion of mystics, for how can one tell whether visions are authentic or delusions or engendered by evil forces? Is it the Holy Spirit or is it heartburn? St Teresa and her spiritual director, St John of the Cross, were two sixteenth-century Spanish mystics who were at first repressed by the Church and then hailed as holy figures and canonized.

Teresa Sánchez de Cepeda y Ahumada (1515-82) was born into a wealthy family with some Jewish ancestors and a record of investigations by the Spanish Inquisition which never took conversions at face value. She entered a Carmelite nunnery and for years did nothing to distinguish herself as a spiritual powerhouse but in time two things put her on the path to greatness. The first was a series of visions and mystical contact with the divine and the second was a growing disgust with the moral laxity she found in the convent, a feeling which led her to call for reform. Both brought her trouble from Church authorities.

Some of her colleagues suggested that her visions were demonic and she was advised to keep silent about them but Teresa became convinced that her spiritual encounters were for the good and could not be suppressed. One of her most famous visions was immortalized in stone by the sculptor Bernini (see above).

I saw an angel very near me, towards my left side, in bodily form . . . This angel appeared rather small than large, and very beautiful. His face was so shining that he seemed to be one of those highest angels called seraphs, who look as if all on fire with divine love. He had in his hands a long golden dart; at the end of the point methought there was a little fire. And I felt him thrust it several times through my heart in such a way that it passed through my very bowels. And when he drew it out, methought it pulled them out with it and left me wholly on fire with a great love of God.

She recorded her mystical experiences in book form and eventually the Church recognized their authenticity but her attempts to restore humility and simplicity to the lives of nuns was met with open hostility by her superiors and the Inquisition. She struggled on and saw her Order of the Discalced Carmelites accepted and thriving.

Teresa had a wonderful way with words. She once complained to God that if this was how he treated his friends it was no wonder he had so few of them. She also said that there were more tears shed over prayers answered than prayers denied. When she was criticized for enjoying a good meal she commented, “There is a time for partridge and a time for penance.”

Teresa is the patron saint of Spain, of those suffering from illness, especially headaches, nuns and laceworkers.