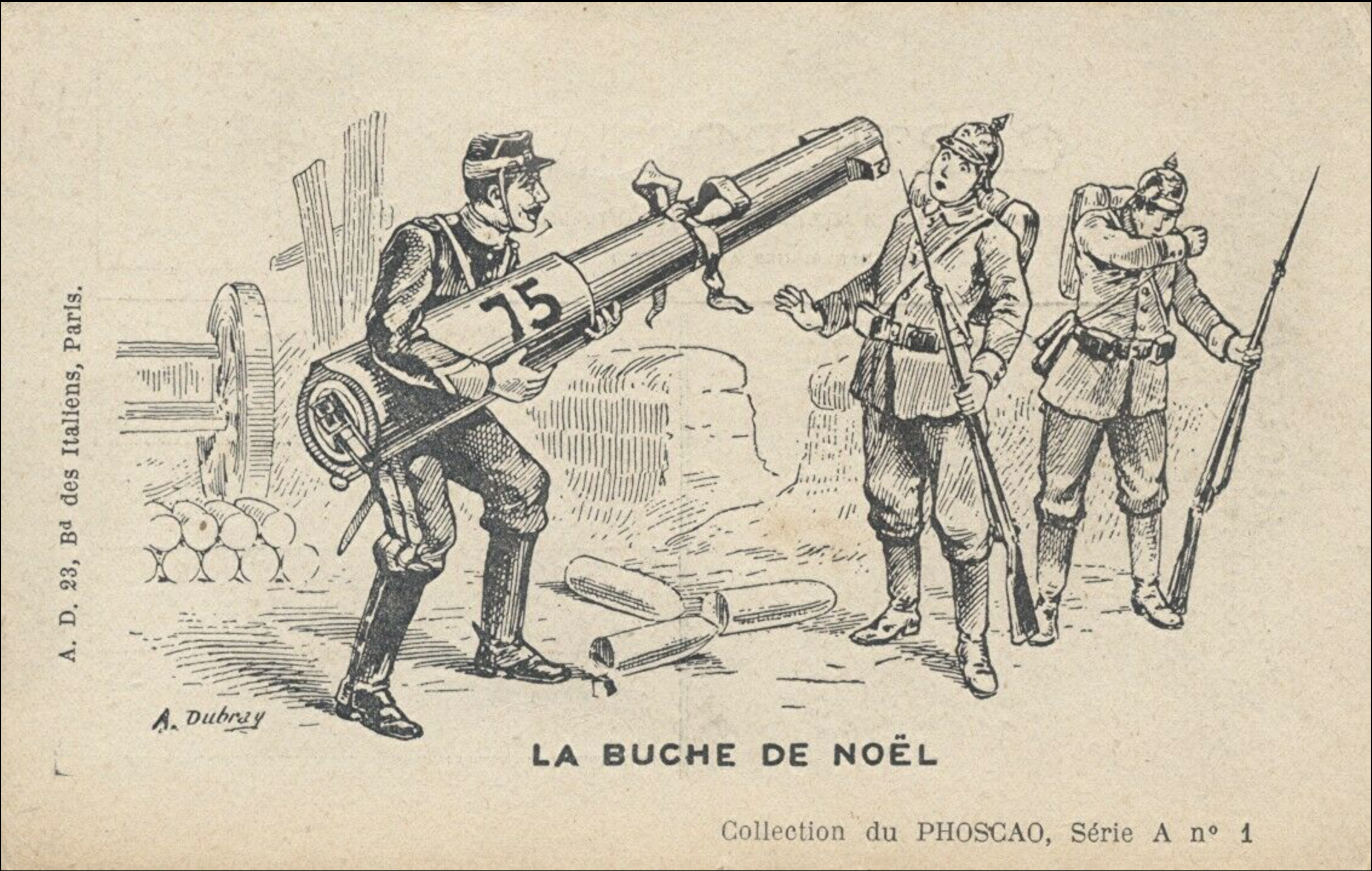 In today’s image a French soldier of World War I confronts the Hun with a piece of artillery. Its resemblance to the traditional Yule log-shaped Christmas dessert, gives us the caption “la buche de noël”.

The “75” on the cannon tells us this is the justly-famous “French 75”, a rapid-firing, highly-accurate weapon with a hydro-pneumatic recoil device. 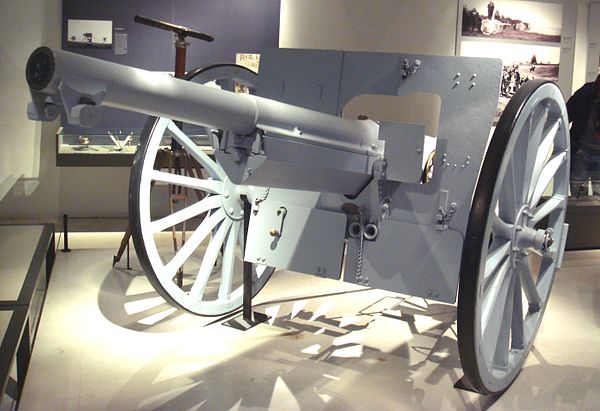 So famous was the gun that a cocktail was named after it. To make a “French 75” mix 2 ounces of gin with a half-ounce of simple syrup and a half-ounce of lemon juice. Shake, pour over ice and add 5 ounces of champagne. Serve in a highball glass. 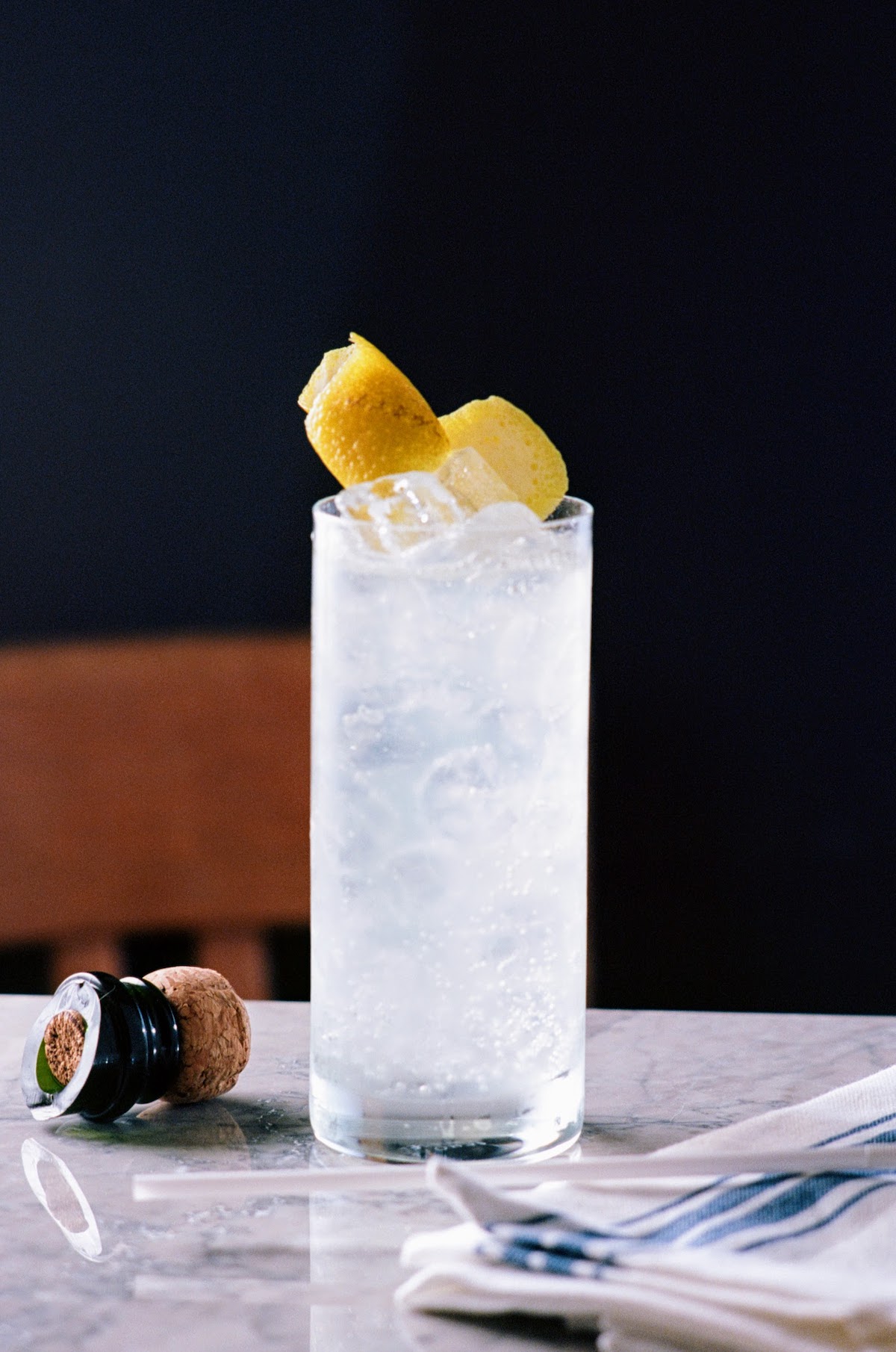