As Yuletide draws nigh, I will be posting material from my collection of wartime Christmas cards. I’m always interested in the juxtaposition of the festival of peace and good will in a bellicose setting.

Today’s cards are from the Boer War (1899-1902), a conflict that pitted the might of the British Empire against two independent republics of Dutch-descended settlers in southeast Africa. The British motives were rather squalid, the casus belli was contrived, and the war was conducted, at times, in a shameful way by both sides. 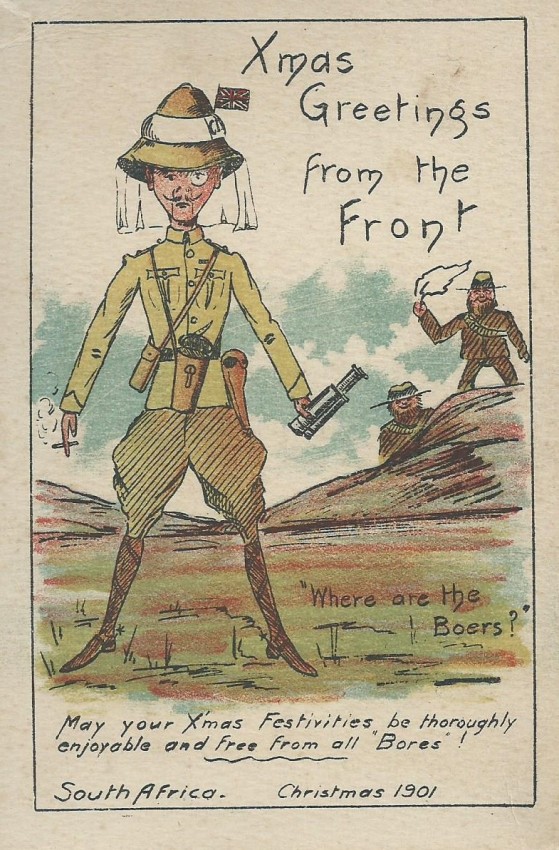 The dreadful pun on “Boer” is continued in this card which silhouettes President Paul Kruger of the Transvaal who went into European exile. 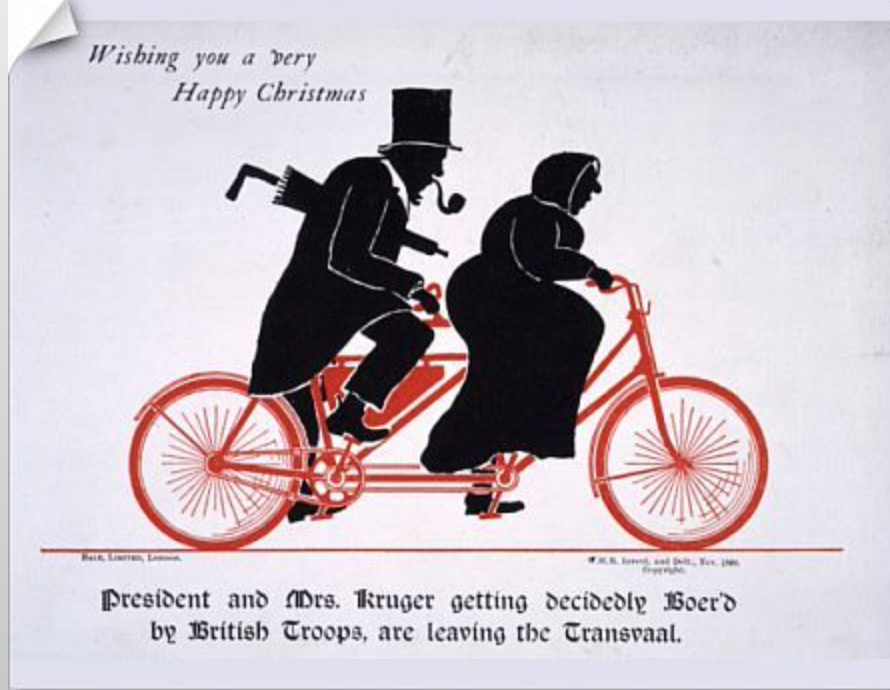 The British drew on troops from across the globe. Here is a unique “card” from an Australian trooper. 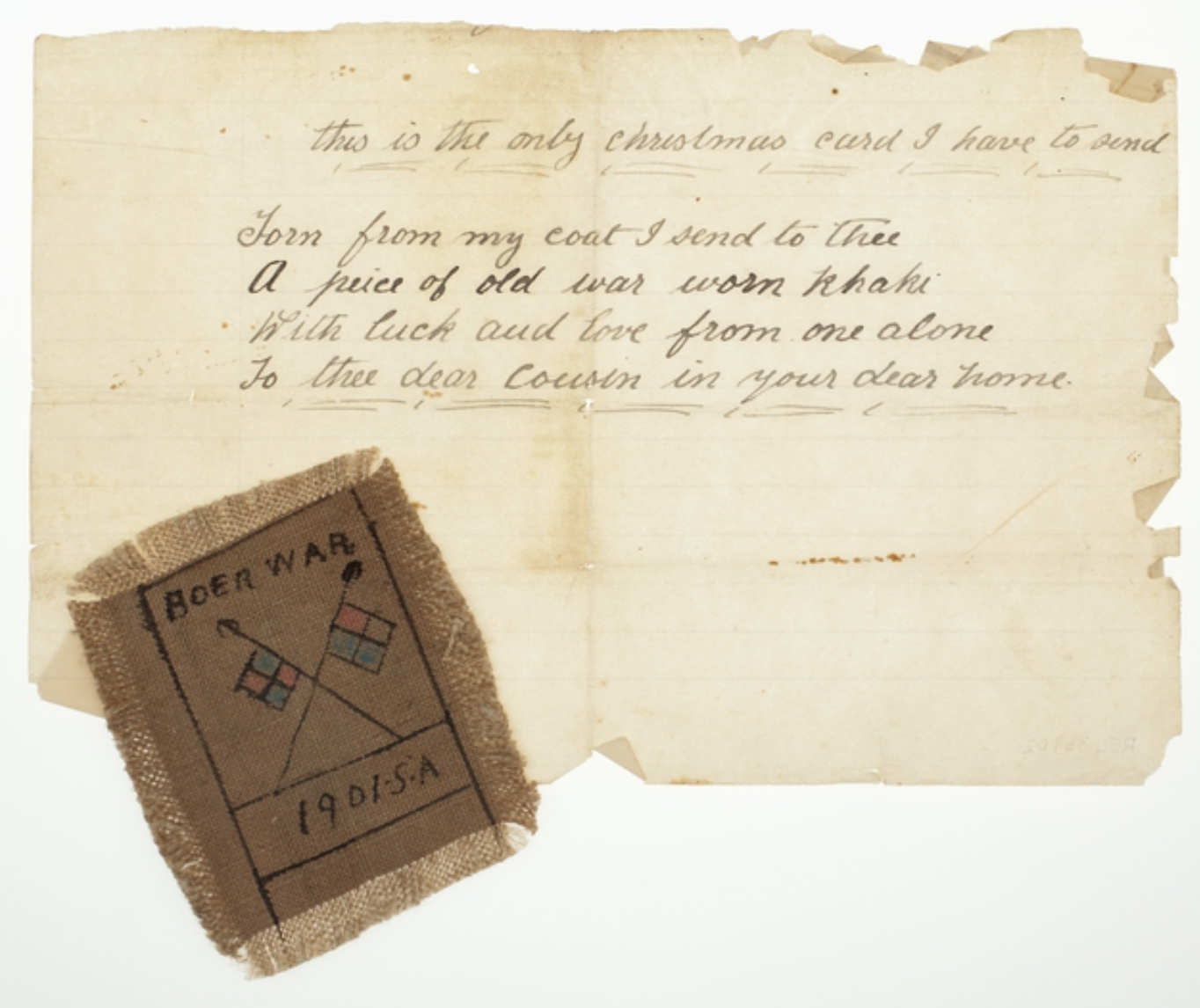