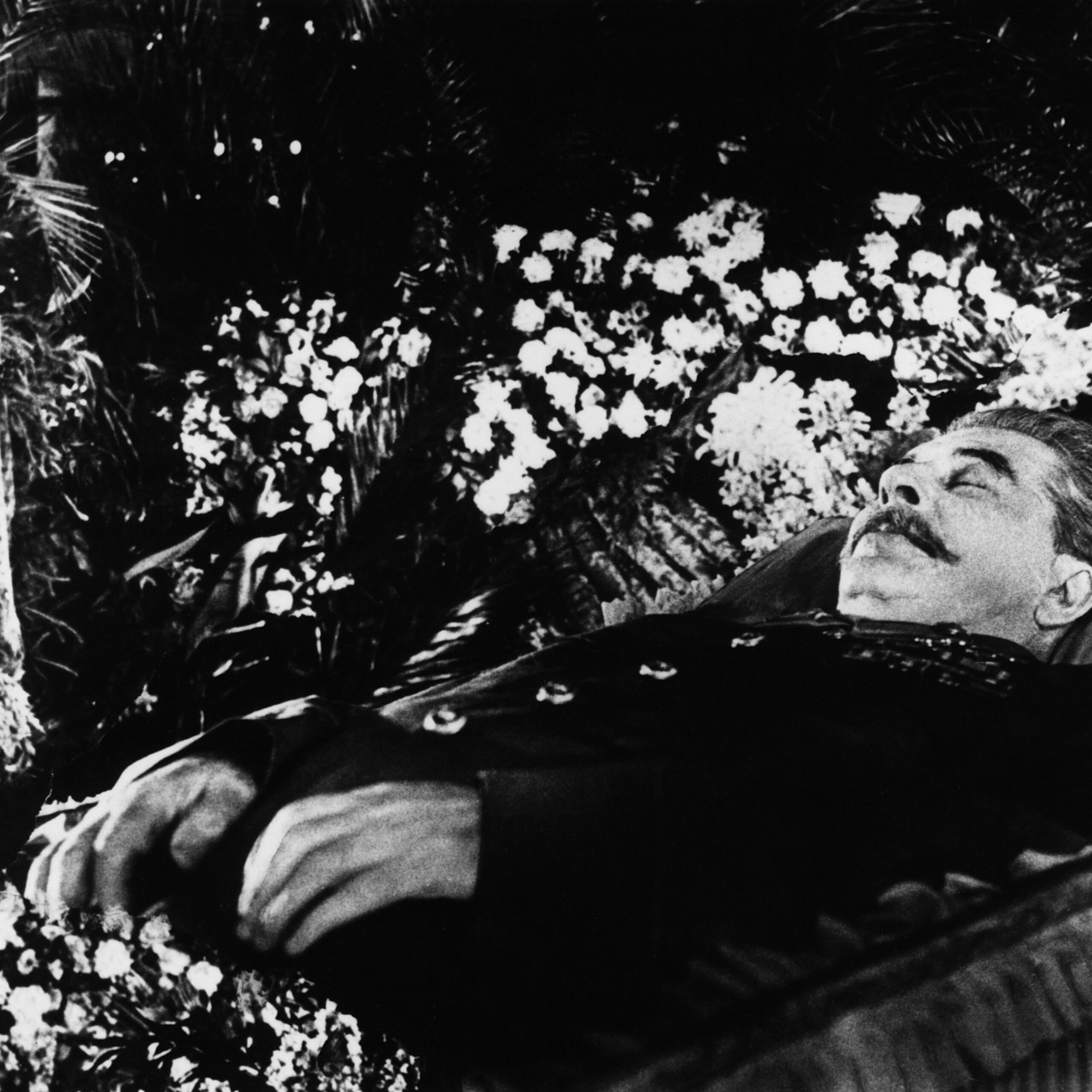 Joining the line waiting to enter the gates of Hell on March 5, 1953 was Joseph Vissarionovich Djugashvilli, aka Cato, aka Koba, aka Stalin, Georgian revolutionary and Soviet dictator.

Born in 1879 to a peasant family who hoped that he would become an Orthodox priest, Stalin rebelled and became fascinated with Marxism. He rose from being a low-ranking thug and bank robber for the socialist cause to becoming editor of Pravda, the Communist Party newspaper, and discipline of V.I. Lenin, head of the Bolshevik faction. Exiled to Siberia in 1913-17, he was released to join in the political turmoil that followed the overthrow of the Czar and the establishment of the first provisional Russian democracy. During the revolutionary wars provoked by the Bolshevik overthrow of parliament, Stalin served as a bureaucrat, a role at which he excelled. By 1922 and the establishment of the Soviet Union he was Party Secretary, an unglamorous but powerful post that enabled him to sit on all committees and influence the rise or fall of party members.

On Lenin’s death in 1924 a struggle for the top jobs broke out. Stalin’s rivals were all much better-known and few thought him a candidate for supreme leadership, particularly as Lenin in his last days had grown disenchanted with him. He succeeded, however, in out-maneuvering Leon Trotsky, founder of the Red Army by allying with Grigory Zinoviev, head of the Comintern, Politburo member Lev Kamenev and intellectual Nikolai Bukharin. Stalin then turned on his erstwhile friends and by 1927 was in command of the USSR.

His policies of rapid industrialization and collectivization of agriculture were brutally set in place.The former had some success but the latter was disastrous and resulted in millions dying of starvation. Millions more were sent to the Gulag slave labour camps and tens of thousands of generals, scientists, technical experts, and party officials were murdered in the political purges of the 1930s.

Stalin’s 1939 non-aggression pact with Hitler led to the Second World War. The reward for the USSR was the green light to occupy the Baltic republics and eastern Poland but Stalin was caught by surprise in 1941 when German forces launched Operation Barbarossa. Russian heroism mixed with a disregard for human life would eventually win the war on the Eastern Front but at an enormous cost. 158,000 Russian troops shot by their own side not to mention those killed in service in the punishment brigades from which only a survivable wound could free one. After victory in 1945, 3,000,000 liberated Russian prisoners were sent to the GULAG for the crime of having surrendered. Half of the returning officers were shot out of hand; only 20% ever returned home. Among the victimized were many of the most prominent Russian military heroes whose crime was outshining Stalin.

Stalin was never in good health but it was considered dangerous to suggest this to him. In 1952 a number of Jewish doctors were accused of planning to poison him and other leaders. Robert Tucker’s biography Stalin in Power: The Russian Revolution from Above, 1928-1941 has this to say about Stalin and Jews:

His Russian nationalism had an exclusionary aspect: it was anti-Semitic. In the mid-1920s he made covert use of anti-Semitism in the fight against a Left opposition whose major figures, Trotsky and afterward Zinoviev and Kamenev, were Jews (their original surnames were Bronstein, Radomylsky, and Rosenfeld, respectively). He encouraged the baiting of the opposition leaders as Jews in meetings held in factory party cells. He was identifying his faction as the party’s Russian faction, and the Trotskyists as the Jewish one. That Jews, no matter how culturally Russified, could not be authentically Russian seems to have become an article of belief with him.

On March 1, 1953 he suffered a stroke and lingered until expiring on March 5. (The dark comedy The Death of Stalin (2017) gives us a glimpse into his last days and the sordid crew jockeying to succeed him.) His embalmed body was put on display beside Lenin’s outside the Kremlin.

The historian Robert Conquest sums up the 70 years of Bolshevism this way: “There was an old bastard named Lenin/ Who did two or three million men in./ That’s a lot to have done in,/ But where he did one in/ That old bastard Stalin did ten in.”

One thought on “March 5”