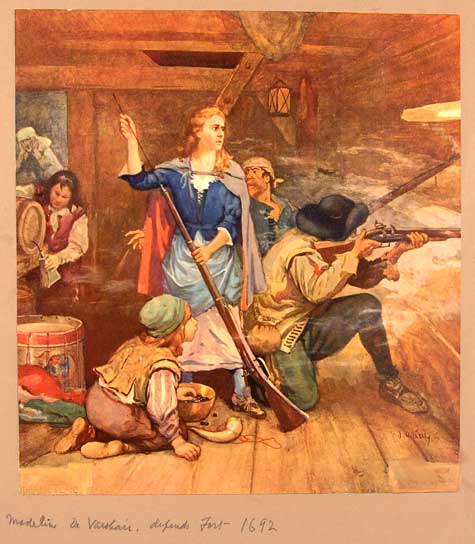 For decades the Iroquois confederacy waged a brutal war against the settlements along the St Lawrence River in the colony of New France. Among the farms they had attacked was the seigneury of Verchères, near what is now Montreal, where they murdered a number of its defenders.

In October 1692 14-year-old Madeleine was temporarily left in charge of the stockade while her parents journeyed to pick up supplies. A band of raiders descended upon the men working in the field, taking them prisoner, while another ran after Madeleine nearly catching her as she ran back to the little fort. Once inside she fired off a musket and encouraged her little brothers and sisters, two soldiers, and an old man to make as much noise as possible to simulate a large force. She shepherded into the stockade a family who had arrived unaware of the attack and guarded the walls wearing a military helmet.

After an eight-day siege reinforcements arrived. “Monsieur, you are indeed welcome,” she told the captain, “I surrender arms to you.”

Thirty years later she would save her husband’s life when he was attacked by natives. Quebec has long recognized her as a symbol of its nationhood and the bravery of its women. 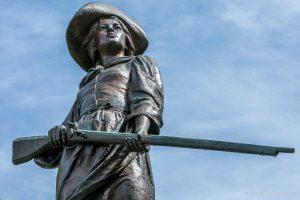