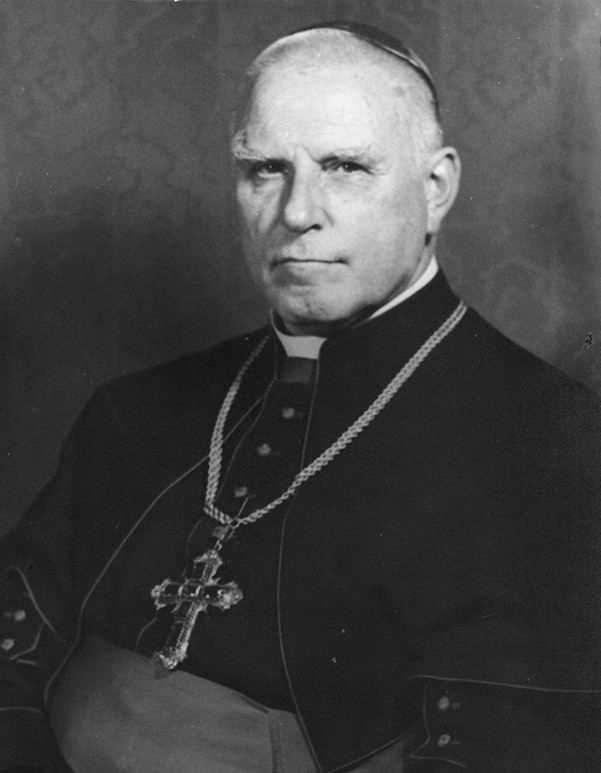 The life of Clemens August Graf von Galen (1878-1946) illustrates the difficulty of being a good man in an evil state. Born into a family of Westphalian nobility he became a priest in 1904 but was always interested in German politics. He supported his country’s effort in World War I and was suspicious of the Weimar Republic that replaced the monarchy at war’s end. A fierce anti-Communist, he at first welcomed the anti-Bolshevik policies of the Nazi party; swastika-waving storm-troopers attended his installation as Bishop of Münster in 1933.  Very quickly, however, he became an outspoken critic of Hitler’s attacks on the Catholic Church and Christianity; he openly mocked the paganism of the Nazi elite and refused to inject antisemitism into his schools’ curriculum.

In 1937 he backed the papal encyclical Mit brennender Sorge which castigated the Nazi regime and, with other bishops, von Galen opposed the “Life Unworthy of Life” program — the euthanisation carried out on the sick and mentally ill by the T-4 program. Despite the arrests of thousands Christian clergy after the beginning of World War II von Galen preached against the excesses of the Gestapo, euthanasia, concentration camps and the disappearance of the rule of law. These sermons, printed and distributed secretly throughout Germany, earned him the title of the “Lion of Münster” and inspired resistance movements. The Nazi government considered having him murdered but decided to wait for revenge until the war had been won.

Von Galen continued his opposition to injustice after the Allied victory, criticizing Russian occupiers for their policy of rape and the British for keeping civilian rations at a starvation level. Nevertheless Pope Pius XII named him a cardinal shortly before his death in 1946. He was beatified in 2003 by Pope John Paul II.