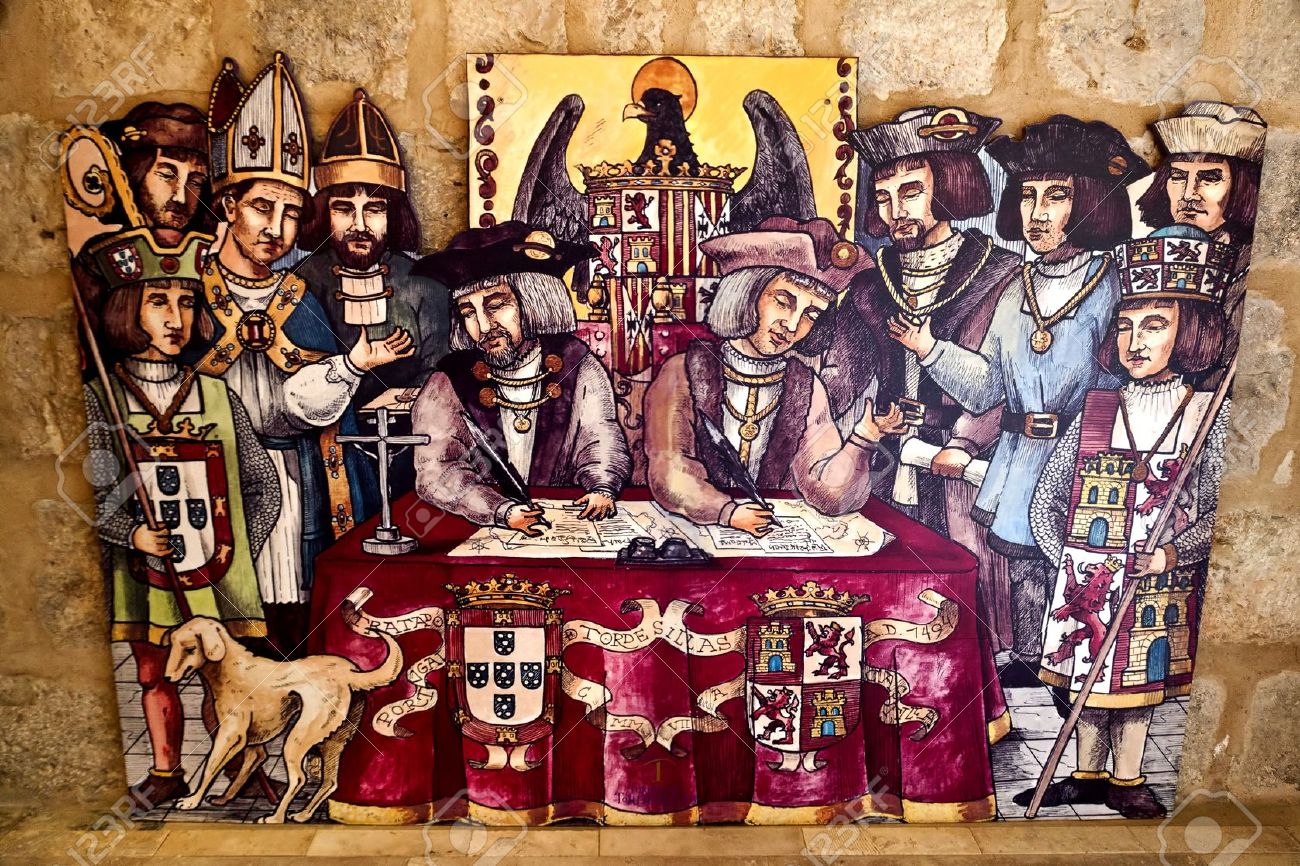 By the late 15th century European marine architecture had advanced to the point that long ocean-going voyages were possible. The nation states on the Atlantic coast invested in exploration whose purpose was to find a sea-route to Asia and its trade riches. The country that achieved this might thus cut out Mediterranean middle-men and avoid dealing with hostile Islamic powers. Portugal was first to take up this challenge and a series of expeditions down the coast of Africa in the 1480s and 1490s would eventually find a way to round the southern cape and reach India. At the same time Castile, the leading Spanish power, financed Christopher Columbus’s attempt to reach Asia by a western route, a serendipitous blunder that ended up in the discovery of the Americas. When Columbus returned from the Caribbean in March, 1493 he was sure that he had touched on the offshore islands of Japan and the Khanate of Cathay

The problem was that Columbus’s voyage violated two papal bulls and a Spanish-Portuguese treaty that awarded Portugal the right to explore and occupy non-Christian lands “in the Ocean Seas” (in mari oceano) and usque ad Indos – all the way to the Indies. After all sorts of diplomatic moves, Pope Alexander VI, a Spaniard, issued the 1493 bull Inter cetera which bolstered Spanish claims:

Among other works well pleasing to the Divine Majesty and cherished of our heart, this assuredly ranks highest, that in our times especially the Catholic faith and the Christian religion be exalted and be everywhere increased and spread, that the health of souls be cared for and that barbarous nations be overthrown and brought to the faith itself. …[W]e … assign to you and your heirs and successors, kings of Castile and Leon, … all islands and mainlands found and to be found, discovered and to be discovered towards the west and south, by drawing and establishing a line from … the north, …to …the south, … the said line to be distant one hundred leagues towards the west and south from any of the islands commonly known as the Azores and Cape Verde. The Portuguese were unhappy with this rather vague division of the globe and saw that it precluded their hopes of claiming rights in India. They secured their future by negotiating the 1494 Treaty of Tordesillas with Spain. This agreement, which ignored the papal bull, drew a north-south line down the Atlantic, giving Portugal territory to the east and Spain the lands to the west. Interestingly, the treaty specifically forbade any appeal to the pope.