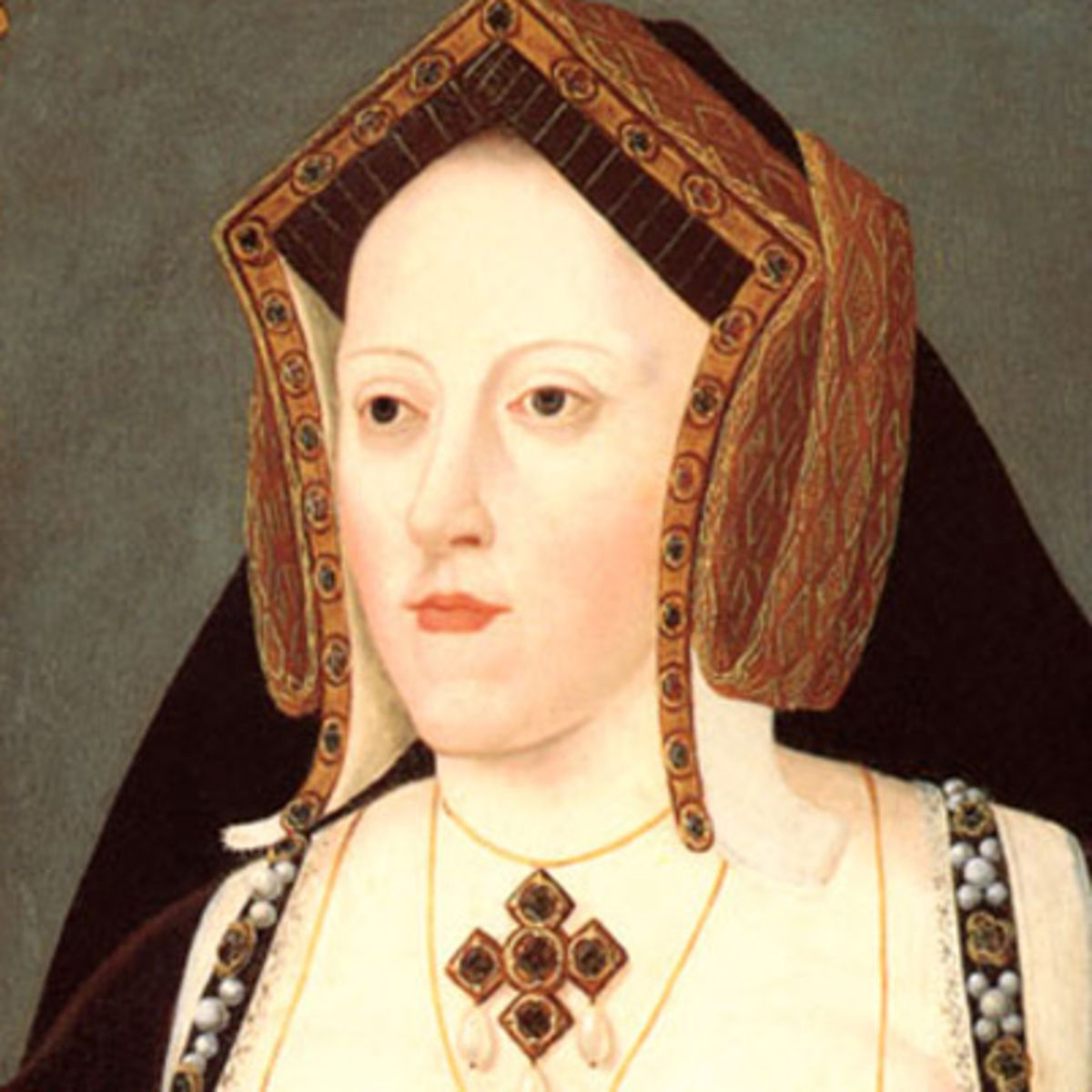 1536 The death of Katharine of Aragon.

Katharine, born 1485, was the daughter of Ferdinand and Isabella of Spain. At the age of three she was betrothed to Prince Arthur, the heir to the English throne whom she married in 1501. His death shortly thereafter left her in an anomalous position as her father-in-law Henry VII refused to return her dowry to her parents. The problem was solved when she was pledged to marry the new heir, Henry, a union which required a papal dispensation and Katharine’s testimony that her marriage to Arthur had not been physically consummated. In 1509, at the age of 23 she married the newly-crowned Henry VIII who had not yet turned 18.

For a decade the marriage seemed to be a happy one, though Katharine, despite six pregnancies, gave birth to only one child who lived, a daughter Mary. This was a dynastic catastrophe for the Tudor throne as it was not clear whether a woman could ascend the English throne (the single precedent of the Empress Maud was not a happy one). By 1520 when it was clear that Katharine could conceive no more, Henry turned to a series of mistresses, one of whom produced an illegitimate son, Henry Fitzroy. Henry sought ways to rid himself of his wife, claiming that his marriage to his brother’s widow was illegal in canon law (normally it was, which was why he had been granted a dispensation by the pope.) His agents sought the opinions of Europe’s legal faculties; his envoy besieged the pope to no avail; he convened an ecclesiastical council; he tried to bully Katharine into retirement in a convent. Finally when his latest mistress Anne Boleyn became pregnant, Henry grew desperate.

In 1533 Thomas Cranmer, the new Archbishop of Canterbury, ruled that Henry and Katharine’s marriage had been irregular and declared it annulled. Katharine was shut away in various castles, denied any royal honours and forbidden contact with her daughter Mary, now considered a bastard. Henry’s marriage to Anne Boleyn scandalized Europe and drove Henry to break with the Roman Catholic Church, naming himself in 1534 the Supreme Head of the Church of England. Katharine’s supporters such as Cardinal Fisher and Sir Thomas More were judicially murdered on the king’s orders.

When she lay dying Katharine wrote a last letter to Henry:

My most dear lord, King and husband,

The hour of my death now drawing on, the tender love I owe you forces me, my case being such, to commend myself to you, and to put you in remembrance with a few words of the health and safeguard of your soul which you ought to prefer before all worldly matters, and before the care and pampering of your body, for the which you have cast me into many calamities and yourself into many troubles. For my part, I pardon you everything, and I desire to devoutly pray God that He will pardon you also. For the rest, I commend unto you our daughter Mary, beseeching you to be a good father unto her, as I have heretofore desired. I entreat you also, on behalf of my maids, to give them marriage portions, which is not much, they being but three. For all my other servants I solicit the wages due them, and a year more, lest they be unprovided for. Lastly, I make this vow, that my eyes desire you above all things.

On the day of Katharine’s funeral, Anne Boleyn suffered a miscarriage. She was never able to produce the male heir that led Henry to put away his first wife; she was executed in 1536.