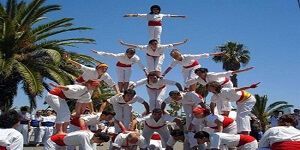 There are two saints of this name, both Spanish, both virgins, both martyred during the persecutions of Diocletian shortly after 300.  The one who is honoured today is the patron saint of Barcelona and she after whom the city’s cathedral is named.

Yearly on this date Eulalia’s Day is marked by a festival which includes many typical Catalan traditions like parades with gegants (giant effigies) and other fantasy figures, castellers (human tower building),  sardines (Catalan folk dancing), correfoc (fireworks and fire-runs) and the like. Fun for the whole family. 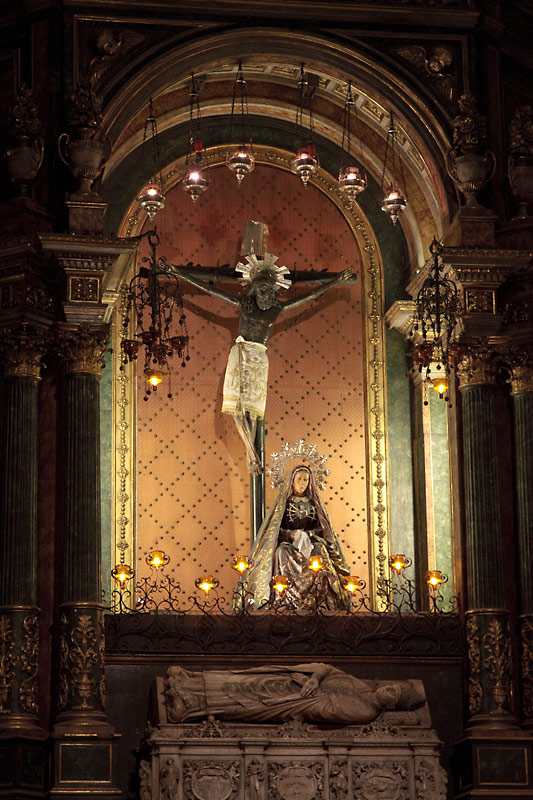 For me, the highlight of the rather gloomy Gothic cathedral of St Eulalia is the crucifix in the Lepanto Chapel. Locals explain the curious curve in the body of Jesus by saying that the work of art was on the prow of the flagship galley of Don Juan when a cannonball flew toward it and the Lord nimbly twisted his body out of the way.