In the 18th century Father Christmas was likely to be found only in mummers’ plays in which he was a stock character who would enter with the phrase: “In comes I, Old Father Christmas.” This would be followed with rhymes similar to these examples:

In Comes Old Father Christmas
He comes but once a year
I hope your pocket’s full o’ money
And your cellar’s full o’ beer.

In comes I Father Christmas
Christmas comes but once a year
When it comes it brings good cheer
Roast beef, plum pudding, and plenty good ole English beer
Good master and good mistress
I pray you are within
I’ve come this merry Christmas time
To see you and your kin

By the early 19th century, Christmas had fallen into disfavour with many, being associated with rural yokels or the servant class. It had no connection to children and was viewed as a time of raucous alcohol-fuelled celebration centred on adults. Little wonder that images like this prevailed. 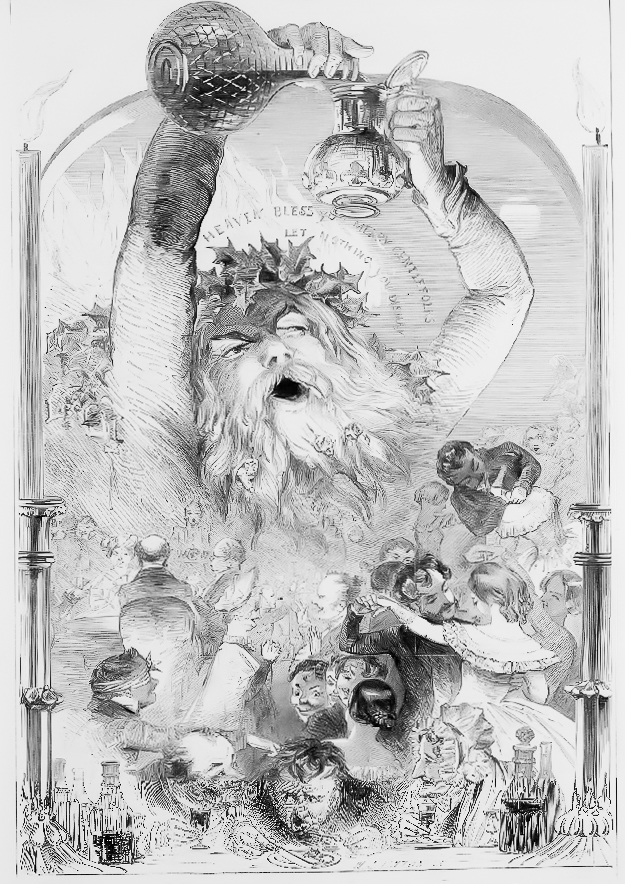 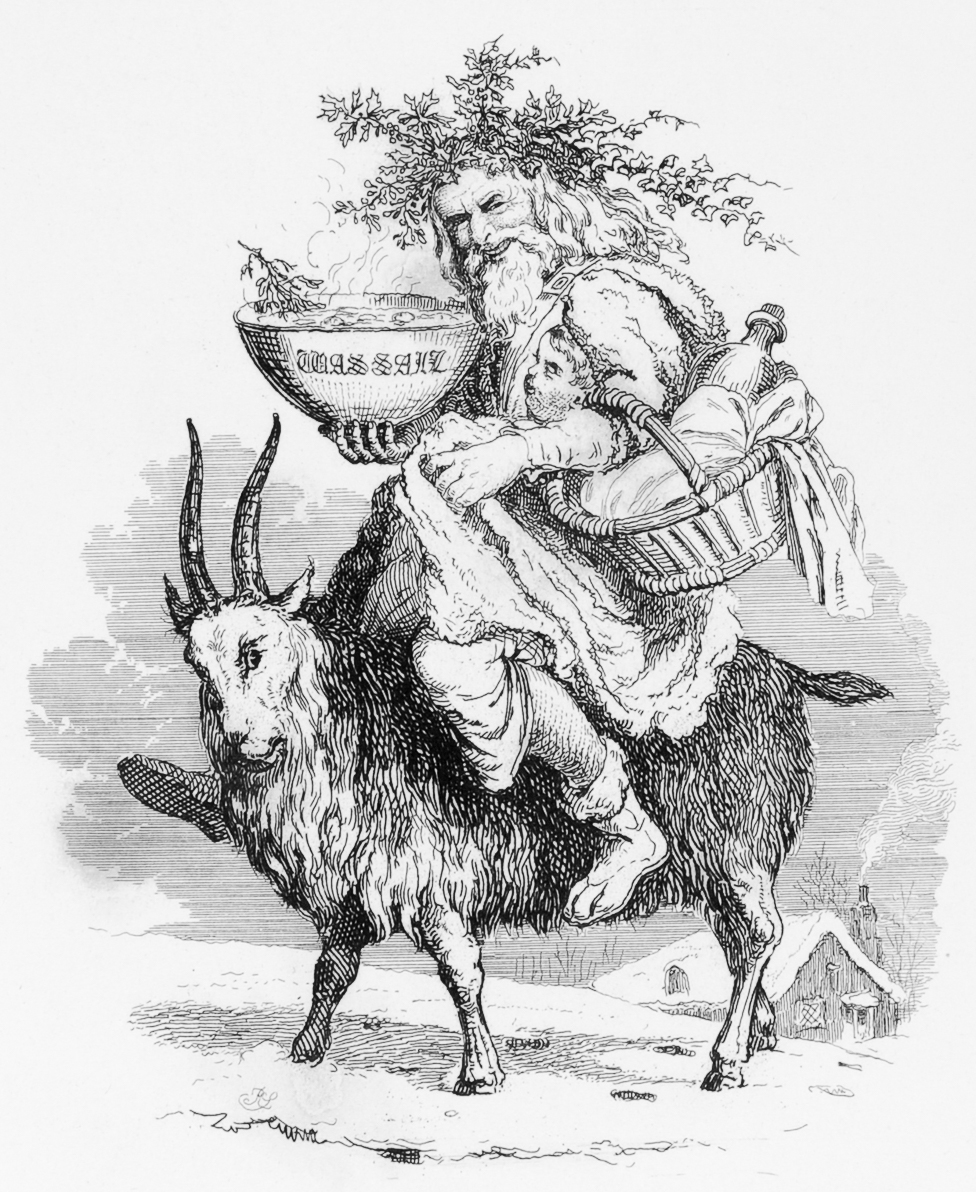 When English parents learned about Santa Claus and the idea of a secret midnight Christmas Gift-Bringer, Father Christmas was given a new costume. One 1842 description of a Christmas party has him in a “scarlet coat & cocked hat, stuck all over with presents for the guests” but the guise that proved lasting was a long robe, fur-trimmed, with a hood, rather like a monk’s or contemporary German and French Gift-Bringers. Here is a Punch cartoon from 1895. 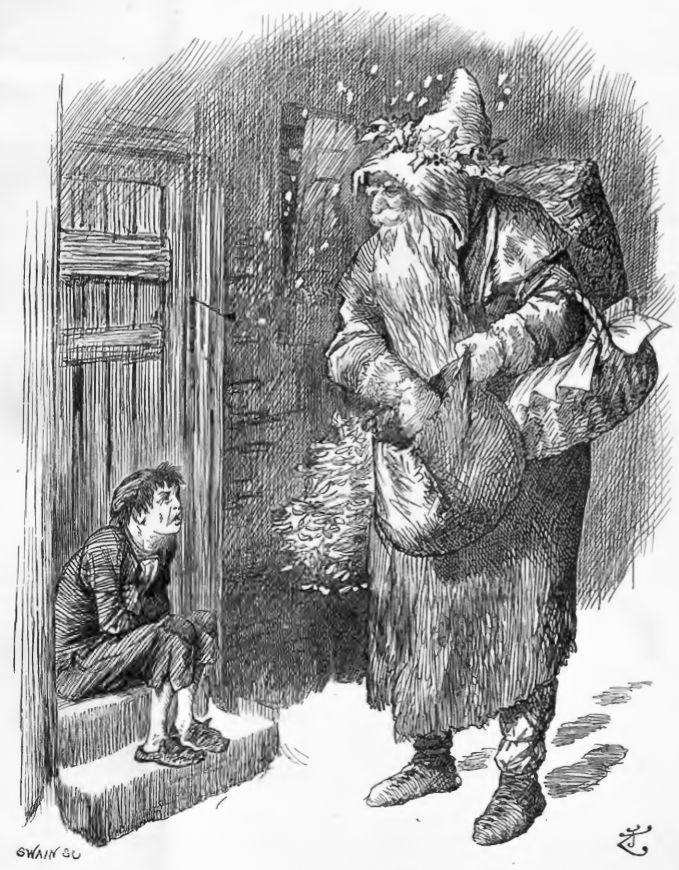