On December 7/8, 1941, the Japanese Empire launched attacks on British, American and Dutch holdings in Asia, opening the Pacific sphere of the Second World War. During the next four Christmas seasons, anti-Japanese images could be found on cards and in other print publications. On both sides the war prompted racist tropes and metaphors. Hideki Tojo, the war minister, became the face of the Japanese enemy.

V-mail letters allowed troops in the field to provide their own pictures on communications with their loved ones back home at Christmas. 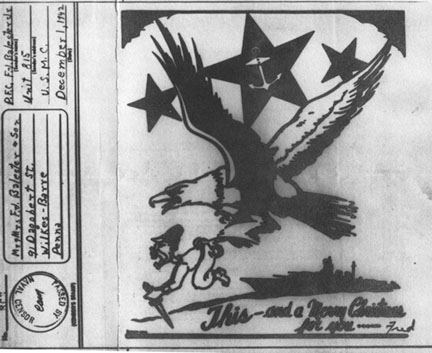 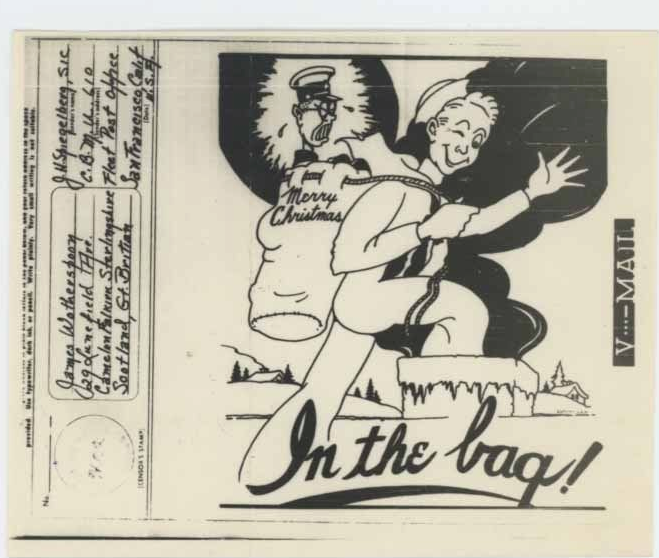 In this ad for socks, Santa Claus tames the Axis powers. 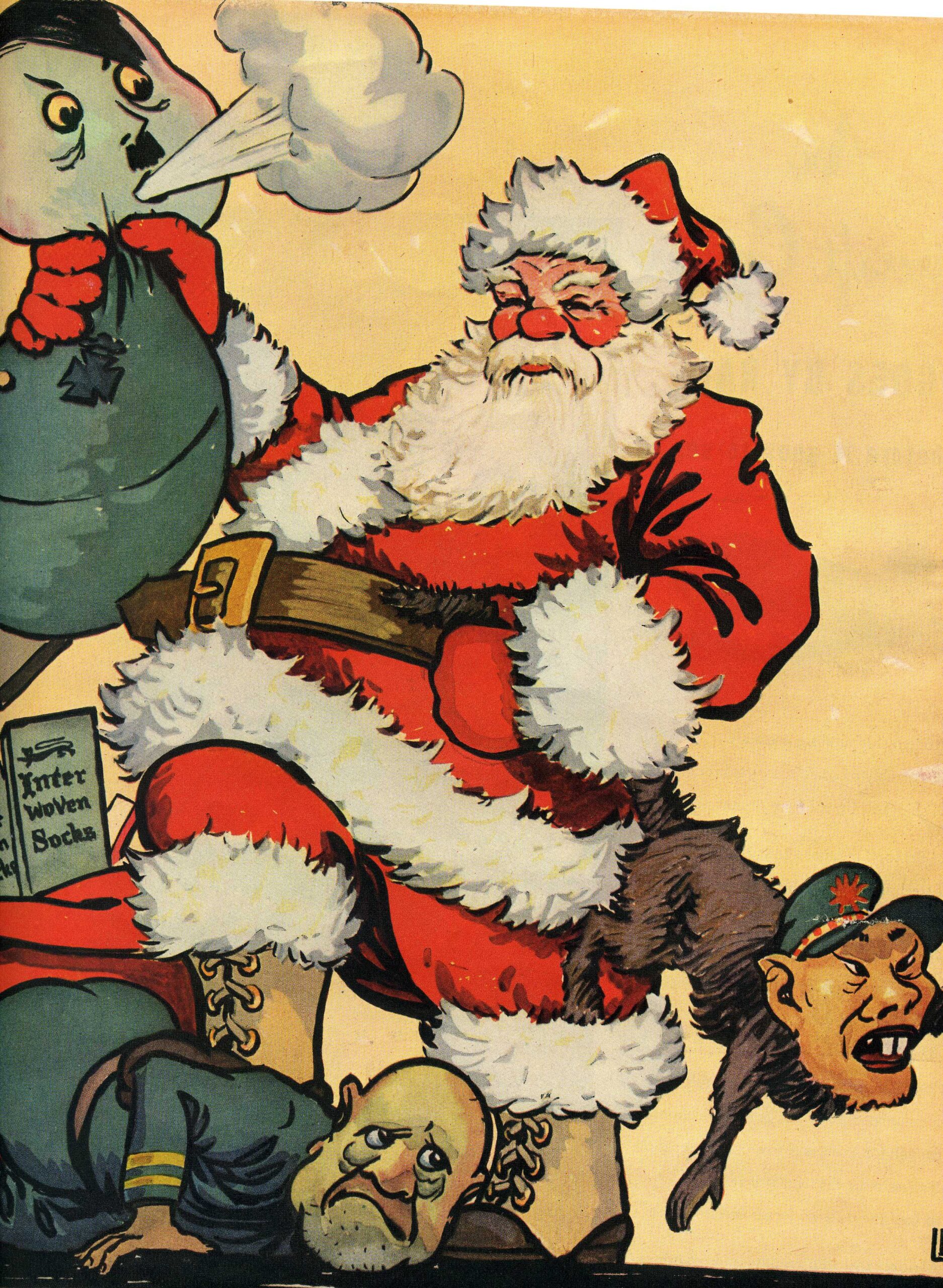 This mock message from Japan urges war industry workers to slack off. The dagger here and in the first V-mail above symbolize the American view that the was was necessary to punish Japan for its treacherous attacks in December, 1941. 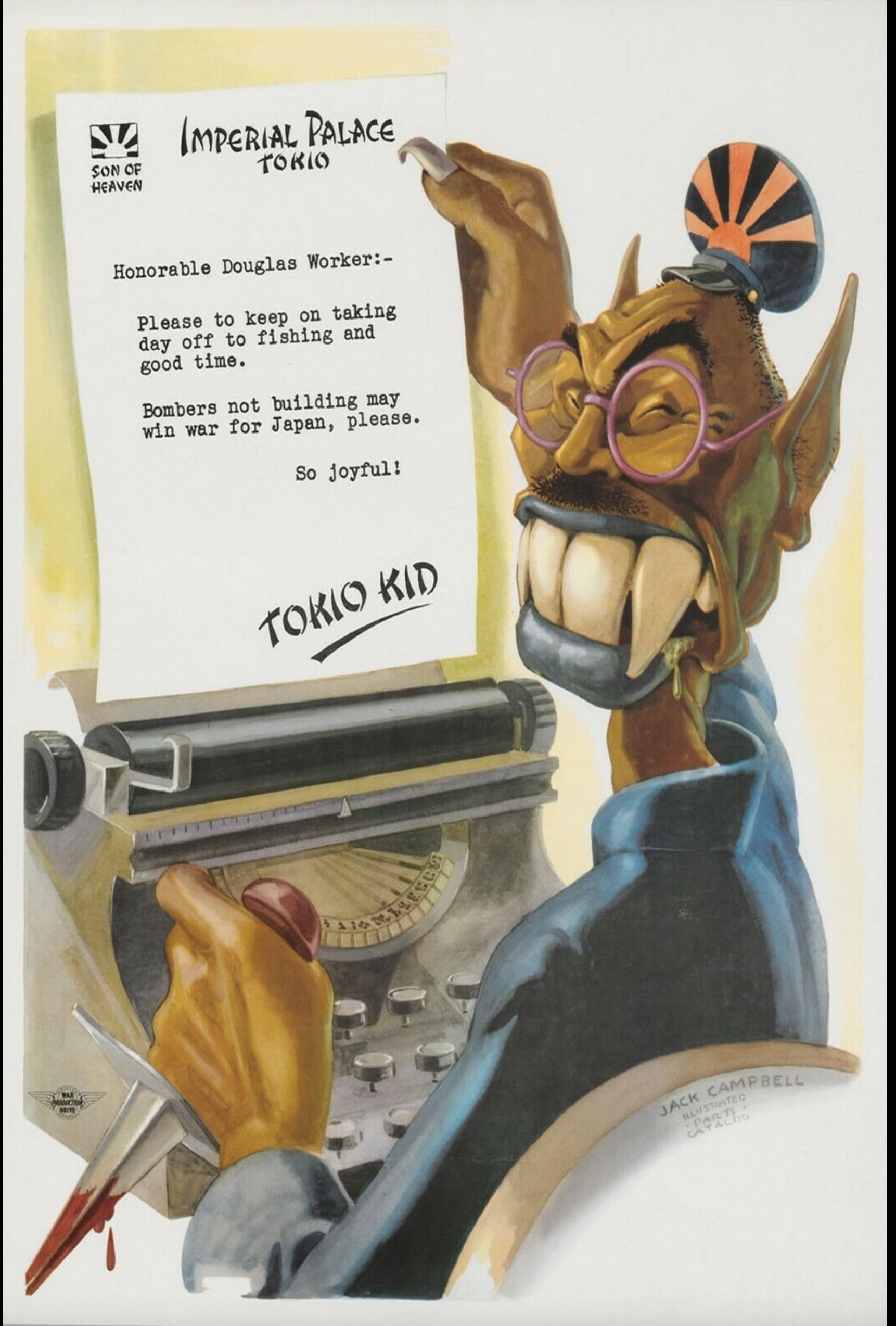