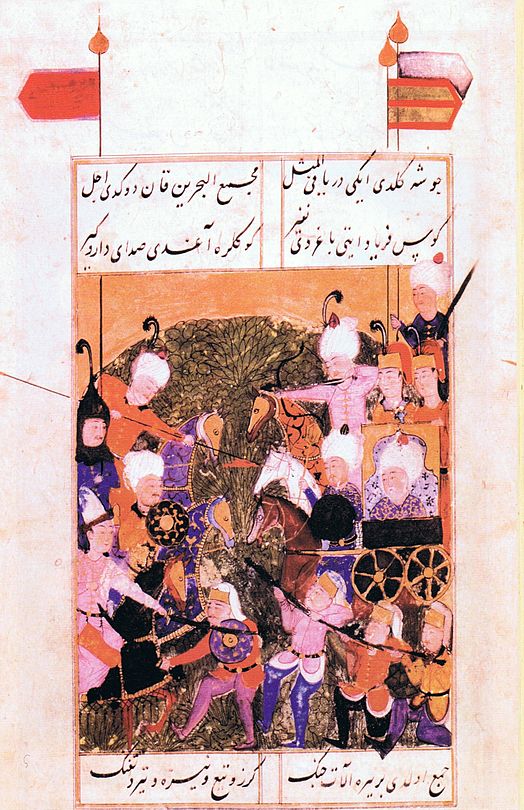 The birth of Bayezid II

In 1453, Mehmet the Conqueror took Constantinople for the Ottoman Turks, thus ending the Christian Roman Empire. Mehmet spent the rest of his life consolidating his gains by expanding into Europe and turning Constantinople into a glorious new capital for his regime. At the early age of forty-nine he died very suddenly; suspicions fell on a poisoner acting for his oldest son Bayezid, born on this day in 1447.

Bayezid claimed the throne but had to deal with the opposition of his brother Çem (or Jem). It was customary for a new sultan to murder all of his brothers and half-brothers so Çem fled to the Knights of St John, fierce enemies of the Turks; the Knights sent Çem to the pope who accepted a bribe from Bayezid to keep him locked up and not interfering in his rule.

Bayezid had a successful reign, warring against the Persians on his eastern border, mopping up more Christian territory, and taking advantage of the Spanish expulsion of their Jewish population. Bayezid sent Turkish ships to Spain to take on Jews wishing to migrate to Ottoman territory, laughing at the folly of Ferdinand and Isabella. “You venture to call Ferdinand a wise ruler,” he said to his courtiers, “he who has impoverished his own country and enriched mine!” Ironically, the pope held the same opinion and welcomed Jewish refugees into his Italian holdings.

Ottoman politics were often a blood sport. Late in life, Bayezid faced revolts by two of his sons. He defeated the rebellion of Ahmet but was deposed in 1512 by his son Selim (later known to history as “the Grim”). He died shortly thereafter and is buried in Istanbul.