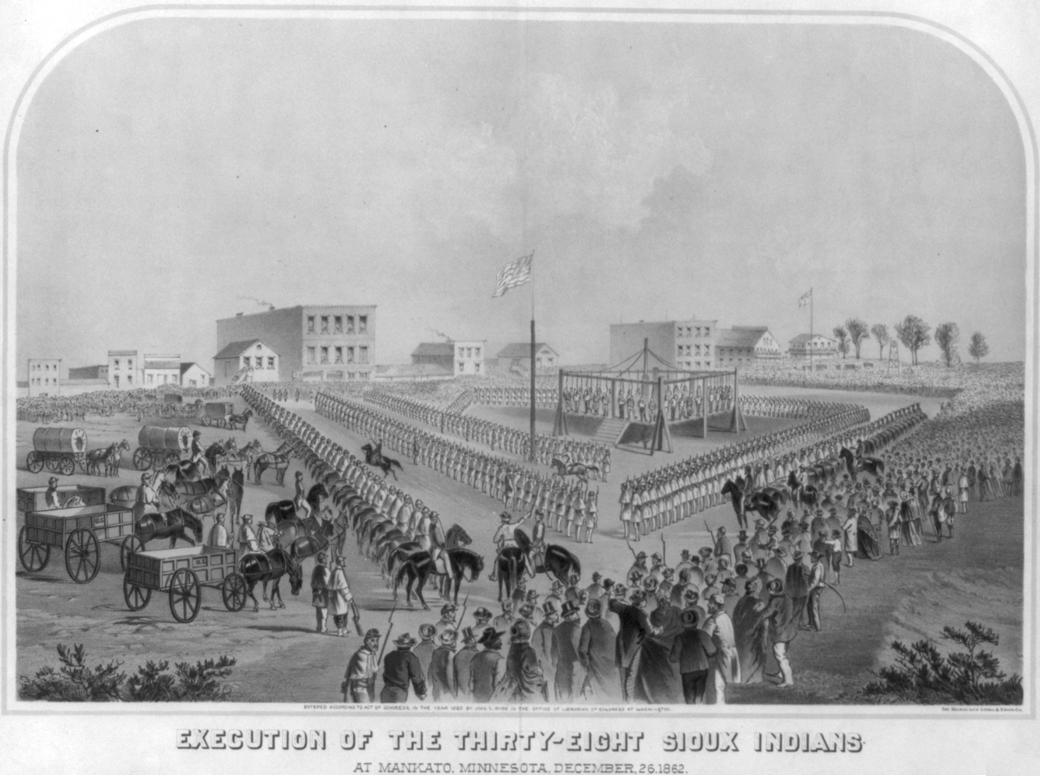 In the summer of 1862, a number of Sioux tribes in Minnesota and the Dakota Territory rose up in a violent protest against their mistreatment by American government agents. Encroaching settlements had reduced their ability to hunt for food and promised supplies did not arrive, leaving the natives starving. On August 17, a hunting party of Sioux massacred 5 settlers, an act which encouraged a Dakota war council under Little Crow to sanction an all-out war which they hoped would drive the white man from their territory. Indian agencies were attacked, farm families were killed, detachments of troops were defeated and a number of towns were burnt to the ground. Trade on the Red River between Winnipeg and St Paul was halted and travel on the roads became too dangerous.

Because the United States was deeply involved in the Civil War, Washington was slow to send reinforcements to the area but when they arrived their numbers and firepower proved overwhelming. Bit by bit the tribes’ war-making capacity was reduced and though fighting would continue farther west, the majority of Sioux had surrendered by late September. Hundreds of their men were subjected to a far-too-speedy and ruthless trial; 303 were convicted of murder and rape and sentenced to death.

Henry Whipple, the Episcopal bishop in Minnesota, travelled to Washington to appeal for clemency but feeling among whites in the state was all for the execution of the Sioux. Politicians and generals warned that if mercy were granted, private vengeance might be the result. Abraham Lincoln personally helped whittle down the list to 38 who seemed most guilty. These men were executed at Mankato on a single gallows platform on December 26, 1862.